A worrisome new coronavirus variant first detected in South Africa, known as B.1.351, has already spread to more than 30 countries. Experts are particularly alarmed by this variant because of its potential to “escape” protection from current vaccines, meaning vaccines might not stop people from getting infected with COVID-19. Here’s what you need to know about the new variant.

The B.1.351 variant is a strain of the coronavirus with eight distinctive mutations in the virus’s spike protein, the structure that allows the virus to bind to and infect human cells, according to study by South African researchers posted to the preprint site medRxiv in December 2020.

Where did it come from?

This variant was first detected in Nelson Mandela Bay, South Africa, in early October 2020, according to the Centers for Disease Control and Prevention. It took off rapidly, and within weeks it was the dominant strain in parts of the country. Now, South African officials are finding the variant in more than 90% of samples from COVID-19 patients that undergo genetic sequencing, according to The Washington Post.

“It’s amazing and terrifying how quickly it came to dominate,” Dr. Richard Lessells, an infectious disease expert at the University of KwaZulu-Natal in Durban, South Africa, told the Post.

What’s more, the variant has now shown up in at least 32 other countries; and a number of countries, including the U.S. have banned travel from South Africa, the Post reported.

Yes, the first two cases of B.1.351 were reported in the U.S. on Thursday (Jan. 28) in South Carolina, according to a statement from the South Carolina Department of Health and Environmental Control. The two cases do not appear to be connected, and neither case had a history of recent travel, which suggests the variant is spreading in the community.

Is it more contagious?

This variant does appear to spread more easily, with studies finding that it is about 50% more transmissible than earlier strains of the coronavirus. This is worrying because, the more people the virus infects, the greater the number of people will be hospitalized or die from the disease.

Do vaccines work against the South African variant?

Even more alarming is the finding that current COVID-19 vaccines may not work as well against this variant.

Johnson & Johnson released new data on its COVID-19 vaccine candidate on Friday (Jan. 29) which showed that its vaccine was 72% effective in the U.S. and only 57% effective in South Africa, where the new variant is dominant, Live Science previously reported.

In addition, another vaccine maker, Novavax, released early results Thursday (Jan. 28) showing that its vaccine was nearly 85% effective against the so-called U.K. variant, but only 50% effective at preventing infection with the South African variant, Nature reported.

This diminished effectiveness will likely crop up for other vaccines, too.

Despite this reduction, the vaccine is still expected to offer some protection against the variant, the company said in a statement.

“You could diminish the vaccine-induced antibody efficacy by a few fold and still be well within the protective range,” Dr. Anthony Fauci, director of the National Institute of Allergy and Infectious Diseases, said in a news briefing on Wednesday (Jan. 27).

Still, Moderna said that out of an abundance of caution, the company has started work on a “booster” vaccine dose against the South African variant, which could potentially be added to the two-dose series for the existing vaccine.

How does it differ from the U.K. variant?

The U.K. variant coronavirus variant was first detected in the United Kingdom in September 2020, Live Science previously reported. Both the South African and U.K. variant appear to be more transmissible than other strains. And the variants share some of the same mutations in the spike protein.

Am I immune to the South African variant if I already had coronavirus?

Maybe not. The E484K mutation may also reduce the ability of antibodies from natural COVID-19 infection to neutralize the virus.

In the Novavax trial in South Africa, many of the people were reinfected with the South African variant after already contracting the virus earlier in the pandemic.

And in a study of 44 people in South Africa who were previously infected with COVID-19 earlier in the pandemic, more than 90% showed reduced immunity against the new variant when researchers tested their blood, and nearly half had no protection against it, according to USA Today. 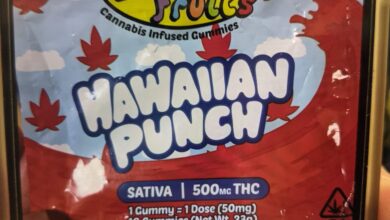 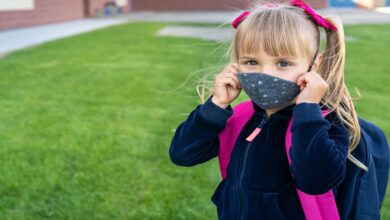 Will the coronavirus ever go away?