Twenty-three new deaths from COVID-19 were confirmed on Sunday, with more than 460 deaths confirmed in the past seven days alone — making last week the deadliest for the novel virus in the state so far, data from the state’s health department show.

Overall, South Carolina has seen more than 6,300 deaths since the start of the pandemic, data show.

Additionally, the state saw more than 2,600 new cases of the novel virus confirmed Sunday, bringing the total number of confirmed cases to over 396,000.

HOW CAN I AVOID CORONAVIRUS VARIANTS?

The trends seen in South Carolina seem to echo those across the nation, with recent estimates from Johns Hopkins University showing that January has been the deadliest month for the U.S. since the pandemic began nearly a year ago.

Two cases of the variant, known as B.1.351, were identified in two residents with no recent travel history, suggesting they were locally acquired.

Health officials in a news release said they were contacted by the Centers for Disease Control and Prevention (CDC) after genome sequencing of a South Carolina sample was found to be the variant.

“The arrival of the SARS-CoV-2 variant in our state is an important reminder to all South Carolinians that the fight against this deadly virus is far from over,” said  South Carolina Department of Health and Environmental Control (DHEC) Interim Public Health Director, Dr. Brannon Traxler, at the time.

Over the weekend, Maryland became the second state in the nation to confirm its first case of the variant.

The case was confirmed in a Baltimore resident with no abroad travel history, which suggests the variant is likely circulating in the community, Maryland Gov. Larry Hogan’s office said.

While experts have said that the South African variant is more transmissible than COVID-19, they do not think that it is more virulent, meaning it is not more likely to cause more severe illness.

Experts have also stressed that existing coronavirus vaccines will likely remain effective against the variant, with Moderna — its COVID-19 jab was the second to see emergency approval in the U.S. — expressing confidence in its vaccine’s ability to remain effective against emerging strains of the virus, including the South African variant and a separate variant first identified in the United Kingdom, following results from a yet-to-be peer-reviewed study.

With coronavirus variant cases on rise, get the COVID-19 vaccine 'as soon as possible,' Fauci says 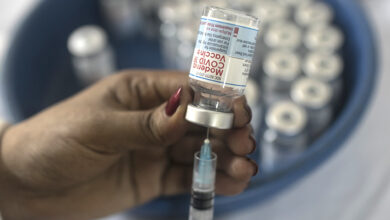 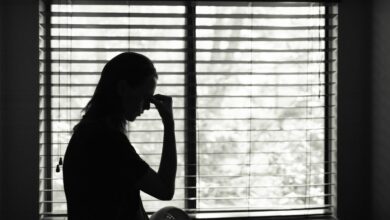