A tiny ship casts off glowing trails as it banks and gets slowly pulled towards a star in the middle of the screen. On the other side of the screen, a torpedo approaches. I shoot tiny glittering beams, and the torpedo vanishes in a spray of light. The little game I’m playing on this modern handheld Analogue Pocket gaming device is Spacewar, considered the first video game ever made, from 1962. The version I’m playing is using the handheld’s hardware to recreate the original computer. The $220 Pocket went on sale last fall and remains backordered until 2023, but its newest beta software adds overdue game save and developer-focused features promised from the beginning.

Much as the Analogue Pocket already plays classic Game Boy, Sega Game Gear and Atari Lynx games, the handheld’s new update is striving to open the platform up for other archival games too, using field programmable gate array, or FPGA, technology. Am I holding the beginnings of a true handheld gaming museum?

The Pocket’s FPGA tech promises that developers could recreate classic gaming hardware by reprogramming the unique chips it has inside, similar to how the Pocket already can morph into being a Game Boy or a Game Gear.

There are already handhelds like Evercade that have tried to bring back classic games, but the Analogue Pocket is specifically a player for the original games themselves. The hardware recreates original hardware experiences, but on a new screen and with redesigned controls. A beta software update, which I’ve sideloaded on the Pocket, promises to open up that support to others using a second chip on the handheld that’s dedicated to recreating other types of classic gaming hardware.

The Spacewar build I’m playing was provided along with the beta software, and runs by playing a “core” that effectively recreates the computer hardware that originally played Spacewar. It’s hard to appreciate the difference between this and emulation as a casual player, but the promise is that these games made this way will be the actual original versions, playing in perfect reference quality. Emulated and remade classic games often have subtle (or not so subtle) differences in timing and feel.

Christopher Taber, CEO and founder of Analogue, says more third-party efforts like this are coming.

“An FPGA is capable of producing the ultimate way to explore, analyze and most importantly play. It’s like listening to the master recording of a great album. You know you are experiencing it the way it was intended to be experienced. Since Analogue products can be played on HDTVs and CRTs (with our DAC), you can legitimately experience it exactly how it was originally intended or on a modern television.

“I look at playing on a CRT with an FPGA system akin to listening to vinyl with a tube amp. For the absolute purist, it can’t get any better. If you want to play on an HDTV, it’s like listening to a hi-res 24-bit lossless recording,” Taber says via email about this potential in the Pocket and Analogue’s TV dock.

The Analogue Pocket doesn’t have a game store or play ROMs: It’s a system that’s made to play original cartridges, or in this case, specific Pocket-compatible software files sideloaded onto a microSD card.

The Pocket also is trying to be both a Wiki-like system of classic game information, and a library for game saves. The software update now shows an info card when I insert the Game Boy Advance cartridge for Super Mario Advance 2: Super Mario World, identifying it more specifically as being made by Nintendo R&D2, for Australian and USA regions. A new Memories feature also adds game saves: I can flash-save to the microSD card, and save my state in old games that never had a game save ability before, which is fantastic.

Will the Pocket become an even bigger stepping stone towards Analogue’s dreams of preserving classic games and hardware? It’s hard to tell how far those efforts will go, but in the meantime the Pocket is becoming even more of a perfect system for playing classic handheld games. The Analogue Pocket’s already a great Game Boy, but it may also become something more.

Our Picks for National Lipstick Day 2022 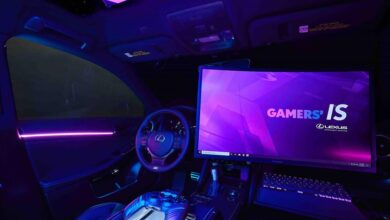 Where to get the Xbox Series X: Updates at Amazon, Target, GameStop, Best Buy and more 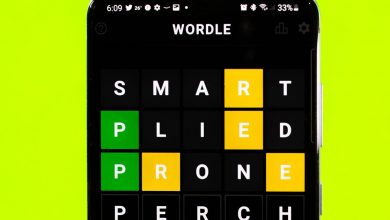