Mejuri and ​​UK fashion editor Sarah Harris have teamed up once again to create the ultimate cool-girl accessories. The collab features two new styles of earrings inspired by the Canadian brand’s curb chain link design and are as versatile and elegant as you would expect from such a fashionable duo. Available in pavé and two-tone options, these pieces are sure to add a little oomph to any ensemble.

Minimalists rejoice! Uniqlo and Theory have launched the monochromatic collection to end all monochromatic collections. The nine-piece assortment of pleated skirts, knitwear, shirt jackets and double-pleated pants is devoid of all colours, opting for an entirely black and white palette. Marrying the best of both brands, fans are sure to be satisfied with the sophisticated designs and simplistic functionality that Uniqlo and Theory bring to the collaboration.

Vancouver’s Sonya Lee and Toronto’s MDG Jewellery have come together to create a jewellery and handbag hybrid. According to the website, “this collaborative piece is a physical expression of the dynamism of both brands, designed to be a celebration of the power inherent to high-quality, female-led craftsmanship.” Inspired by MDG’s ‘Volute’ ring, the mini-purse is adorned with differently sized silver rings, making it a one-of-a-kind item.

Dolce and Gabbana have taken the phrase “La Dolce Vita” to a whole new level, thanks to their partnership with chocolatier Baci Perugina. The decadent dessert plays with flavours and textures as the soft gianduia centre, lemon-flavoured nibs and crunchy hazelnut are all coated in vanilla flavoured white chocolate. Be sure to unwrap the confection carefully as each praline features a note from Domenico Dolce and Stefano Gabbana.

Chloé x Fusalp will make you want to go skiing

Embrace the winter season like it’s 1979, courtesy of Chloé and Fusalp’s second capsule collection. The two French labels have once again joined forces to create stylized skiwear, consisting of an oversized colour-block cape, a structured monogram military jacket and various accessories. Featuring a mélange of colours, the palette echoes Fusalp’s retro aesthetic while alluding to the naturally feminine tones that are emblematically Chloé.

The iconic Canadian multi-hyphenate Vivek Shraya has launched her first-ever T-shirt — available through Glass Bookshop — in celebration of her 20th art anniversary. The artist wrote on Instagram, “This is a really important milestone for me for so many reasons, but particularly because of how many barriers I have faced in every industry I’ve worked in and consequently, how many times I have second-guessed myself and my art, and have wanted to disappear. There have been fewer reasons to keep going and always more pressures to stop. But she persisted!”

BOSS and the NBA have released their Fall/Winter 2021 co-branded collection just in time for the start of Raptors season. After the success of the Spring assortment, the new collab focuses on the merging of iconic NBA team logos (think Toronto Raptors, LA Lakers, Miami Heat and New York Knicks) with signature BOSS lettering. With the introduction of the Boston Celtics and Dallas Mavericks, styles include hoodies, T-shirts, sweatshirts, joggers, jackets and more. 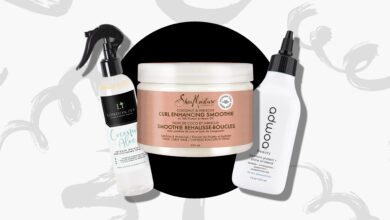 Twist Out Products You Need For Perfect Results Every Time 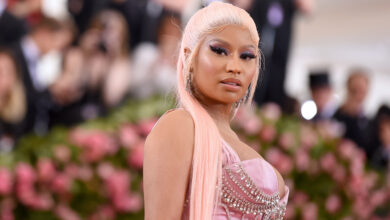 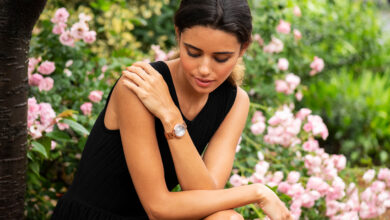 A Watch-Lover’s Guide to Mixing Metals 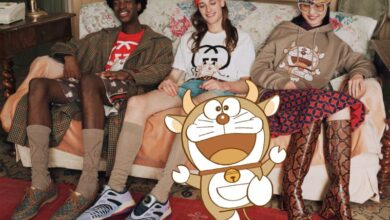