The longtime Upper West Side home of the comedy team Jerry Stiller and Anne Meara, an expanded co-op where they raised their two children, wrote and collaborated on material and entertained a host of celebrities, is coming to market for the first time in more than half a century.

The asking price for the fifth-floor residence at 118 Riverside Drive is $5 million, with $7,593 in monthly maintenance, according to Bruce Ehrmann, a broker at Douglas Elliman Real Estate who is listing the property with his colleague Andrew Anderson.

In 1965, the couple, with their daughter, Amy, had moved from Washington Heights into unit 5B of the building shortly before the birth of their son, the actor Ben Stiller. It was a rental back then, and they were paying $220 a month.

“I think my dad always wanted to live on Riverside Drive as a kid growing up very poor on the Lower East Side,” Ben Stiller said in an email.

At the time of their move, what were considered desirable apartments in Manhattan were harder to come by. “People were trying all different ways to get an apartment,” Amy Stiller, also an actor, said. “My mom was pregnant with my brother, and the landlord asked if he could touch her stomach. He wanted to make sure she wasn’t pretending to be pregnant.”

Mr. Stiller and Ms. Meara bought the unit after the 1929 orange-brick apartment house was converted to a co-op in 1968, then in the early 1980s, they acquired 5A next door and combined the two spaces. (The 16-story Renaissance Revival building, with Art Deco detailing, and neighboring No. 110, are part of a two-building complex facing Riverside Park between 83rd and 84th Streets.)

The home has around 3,700 square feet and includes five bedrooms, three and a half bathrooms, two kitchens, and staff quarters consisting of a small bedroom and bathroom.

“This apartment has great bones, great views, and a livable and flexible layout,” Mr. Ehrmann said. He became acquainted with the Stiller family, he said, while Ben Stiller was working on the 1995 film “Permanent Midnight,” based on the book by Mr. Ehrmann’s best friend, Jerry Stahl. (Mr. Ehrmann also handled the purchase and sale of a duplex owned by Ben Stiller and his wife, the actor Christine Taylor, at 118 Riverside Drive.)

The apartment “doesn’t have bling details,” Mr. Ehrmann noted, but over the years Mr. Stiller and Ms. Meara had made various changes to the layout, as well as upgrades, like renovating the bathrooms and adding a sauna and Jacuzzi. A few prewar details remain, including the high ceilings and oversize windows with original casings, and throughout the unit are oak floors and several built-ins.

Although much of the original décor (think felt chairs and bold colors of the ’70s) was recently replaced with some staged furnishings and new coats of paint, many of the rooms are still adorned with personal photographs and memorabilia from a bygone era in entertainment.

The Stiller and Meara comedy team became a fixture starting in the early 1960s in nightclubs, on television variety shows like “The Ed Sullivan Show,” and in commercials before the couple eventually parted ways professionally. In more recent years, Jerry Stiller had a recurring role on “Seinfeld” and “The King of Queens” TV series.

The home, which has a private elevator landing, is entered through a central gallery that leads to a large open space on the west end containing a living room with an office alcove, a powder room, a dining area, and a kitchen equipped with custom wood cabinets and stainless-steel appliances. “That was my mom’s little office in the living room,” Ms. Stiller said. “My dad had his office in the back.”

Mr. Stiller remembers his mother “had her office zone, her couch zone, where she would do the Sunday Times crossword in ink every week.”

Off the kitchen are the staff rooms. And also on the west end is a bedroom with an en-suite bathroom and the sauna.

The gallery and hallway leading to the east wing are lined with images of the famous couple, including Hirschfeld caricatures and a painting of them by Sam Messer commissioned by Ben Stiller as a gift to his parents. In this part of the apartment is another kitchen, also with wood cabinets and stainless-steel appliances, as well as an eating area and a pantry. French doors open to a library/den with bookshelves, and there are four more bedrooms, one of which had been used as an office. The primary bedroom suite features a marble bathroom, a walk-in closet and a dressing room.

Both Amy and Ben Stiller have had fond memories of growing up on Riverside Drive.

“It was our whole lives that happened there — everything from birthday parties, to Thanksgiving, Passover seders, and Christmas mornings and Hanukkah evenings,” said Mr. Stiller, who has appeared in dozens of films, like “Night at the Museum,” and is currently working on a documentary about his parents that will include his childhood home. “Living in the building was like a community of it’s own,” he said.

“We played with other kids in the building,” Ms. Stiller added, among them, the children of the renowned artist Peter Max, who lived on the 14th floor.

Brother and sister had their own sibling fun, too. “We were troublemakers as kids,” Ms. Stiller said, recalling how the two would throw water balloons from the apartment windows, startling unsuspecting passers-by.

Their bedrooms were next to each other, she also noted, and as children, they would often communicate during bedtime “by just banging on the walls.”

And then there were the many gatherings Mr. Stiller and Ms. Meara would host, with notable guests like the director Francis Ford Coppola and the actors William Hurt and Sylvia Miles. “It was very exciting,” Ms. Stiller said.

Holidays were particularly special. “We would have Thanksgiving there,” she said, “and Rodney Dangerfield would come. The comedian Elayne Boosler came with Andy Kaufman. I remember him asking, ‘Can I have a peanut butter and jelly sandwich, please?’”

How to shop for bathroom cabinets in Toronto 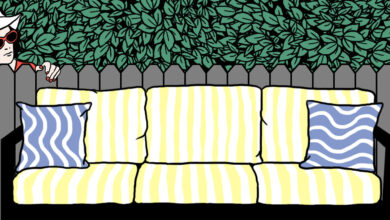 Can the Seller of My House Promise the Furniture to Someone Else? 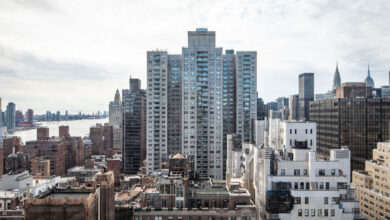 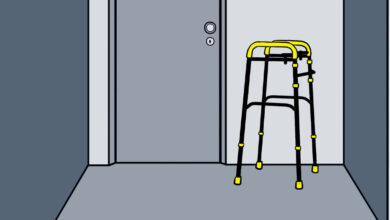 I Am Disabled. Why Can’t I Keep My Walker Outside My Front Door? 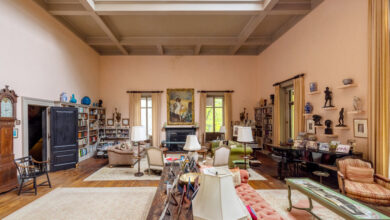