For state and local governments, the pandemic has brought financial gloom: Tax collections are down, public health expenses are up, and their infrastructure backlog is growing. Hope for swift relief from Congress was dashed late last year when the Senate refused to go along with a House plan to bolster state treasuries.

For developers and real estate investors, it all spells opportunity.

The fiscal challenges could spur new ways for the private sector to collaborate with state and local governments, said Gabriel Silverstein, managing director of SVN Angelic, a real estate investment and advising firm in Austin, Texas.

“It can be an incredible use of private markets to help further development, planning and smart growth that cities and towns need but are unable to do on their own,” said Lauren Jezienicki, the founder and chief executive of the One Circle Company, a residential real estate firm, who worked on the partnerships when she was a senior vice president at Bozzuto, a real estate developer.

The partnerships have been used, sometimes with mixed results, for projects in parts of Asia, Australia, Britain, Canada and other parts of Europe. But state and local governments in the United States have been slower to embrace them. As their fiscal woes become worse, some government officials are looking more closely at them as a tool to jump-start their economies.

President-elect Joseph R. Biden Jr. has proposed a $1.9 trillion rescue package to combat the economic downturn, including $350 billion to help state and local governments bridge budget shortfalls. It’s not yet clear if Congress will agree.

But data suggests local governments will need all the help they can get. The National League of Cities estimates that nearly 90 percent of cities will be less able to meet their needs in fiscal 2021 than in fiscal 2020. Many state and local governments’ fiscal 2021 started in July 2020. The American Society of Civil Engineers estimated that the United States would need to spend $4.59 trillion by 2025 to repair or rebuild roads, bridges, dams, airports, schools and other infrastructure — and that was before the pandemic.

“We are seeing this just historic drop-off in revenues that public agencies are having to cope with that is certainly causing many projects to be delayed and put on hold and be canceled, yet the need for infrastructure investment is more acute than ever, “ said David J. Odeh, a structural engineer and principal in Odeh Engineers in Rhode Island.

“Most of the conversations have been around K-12,” said Mr. Early, who is leading a group of firms working on a public-private project for six middle schools in Prince George’s County, Md.

The partnerships have a mixed record. A toll road in Indiana foundered after the private leaseholder in 2014 declared bankruptcy. A widely criticized deal in Chicago to privatize city parking meters has been a major boon to the investors but is viewed as a bust for the city. In Maryland, the light rail Purple Line is behind schedule, and the state recently agreed to pay $250 million to settle a lawsuit with the private alliance building the system over delays and cost overruns.

But they could be one way to bring back Main Streets and reinvigorate downtowns, experts say.

An early partnership in Quincy, Mass., to reinvigorate the downtown area stalled several years ago, but city officials have since been working with several private developers to bolster commercial and retail development and build new housing. A deal to rebuild the Quincy T station and spur housing, office and retail development involves the City of Quincy, the Massachusetts Bay Transit Authority, Atlantic Development and Bozzuto. Another project with the same partners is under construction around the North Quincy T station.

Part of the discussion becomes who contributes what to what, said Chris Walker, chief of staff for the Quincy mayor, Thomas P. Koch.

Whether public-private partnerships are the right choice for state and local governments is an open question. Their big selling points are usually that the private developer pays for improvements and construction up front, often manages the entire project and promises faster completion than if the government handled the project on its own. But because interest rates are low and likely to stay that way for a while, state and local governments could also float bonds to raise money for infrastructure projects.

Bonds may offer an alternative funding source, but private sector firms offer “expertise in mixed-use projects, our tolerance for the development risk and our access to capital,” said Mike Henehan, president of Bozzuto’s development unit.

Despite its early problems, Quincy is not reluctant to use the partnerships, Mr. Walker said.

“There is no up-front risk to the city” he said. “We don’t pay them back until the tax revenue is flowing.”

BART has used the deals to attract development around its stations by offering density bonuses and getting the developer to include some affordable housing, he said.

But private investors need to do more than just look at these deals as a chance to make a quick profit, said Stephen K. Benjamin, the mayor of Columbia, S.C.

“This not only requires municipal and local officials to have an open mind, it is really going to require institutional investors to rethink the way they bring these ideas,” he said. “This is about community problem solving as opposed to, ‘We see this collective financial opportunity.’”

Even before the pandemic, the public school system in Prince George’s County, Md., was considering the partnerships, and it was expecting this month to finalize a $1.24 billion deal to build six middle schools.

The Washington suburb has lagged for years its more affluent neighbors in school performance and in attracting businesses and jobs and expanding its tax base. The public school system has struggled with the stresses of age, and many of its more than 200 buildings have not been renovated in years. By looking for outside investors, county officials say, they are getting a good deal.

“This plan is one of the smartest we can do with the resources we have,” said the county executive, Angela Alsobrooks. When the private developer turns the buildings back to the school system in 30 years, county officials say, they will be in better shape than if the school system had maintained them.

Some elected officials remain skeptical. The Prince George’s County project faced pushback from a handful of members of the County Council and the school board.

And in Stamford, Conn., officials last year rejected a public-private proposal to restore and rebuild schools that had been found to have mold and other problems. Some officials worried that the costs would end up being higher than predicted, leaving the city on the hook in the future.

Details about the success rate of these partnerships are limited. Reports by Canadian government auditors have repeatedly questioned government assertions that the projects were cheaper and saved public funds.

In the long run, the partnerships are not worth the risk, said Kevin DeGood, director of infrastructure policy at the Center for American Progress, a Washington think tank. A need to make public buildings more energy efficient, for instance, might arise well into the life of a P3 contract, requiring renegotiation. “It can be incredibly costly,” he said, adding that cost overruns also are often the subject of dispute well into the life of a contract.

Conversa Health expands its Series B round to $20M – TechCrunch 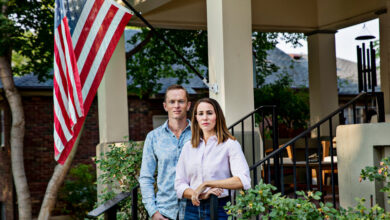 For Military Families, V.A. Loans Are a Lifeline, but With a Catch 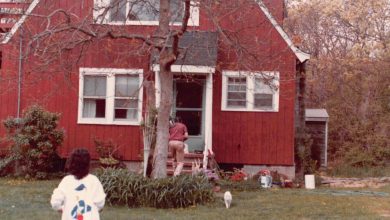 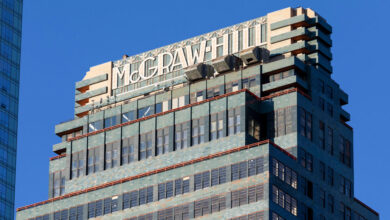 The McGraw-Hill Building Keeps Its Name