Mandira Bedi, who lost her husband and filmmaker Raj Kaushal earlier this year, has been busy focusing on her fitness. The actress, who often shares motivational quotes and videos pertaining to fitness, shared a new work-in-progress selfie on her profile. The actress, who has quite a bit of a reputation as a fitness enthusiast, loves to share posts from her workout diaries. On Thursday, the 49-year-old actor shared a picture from what appears to be a post-workout session. In the selfie, the actress can be seen dressed in athleisure as she happily poses in front of the mirror. She captioned the post:”#wip #thursdayvibes.” The actress got a shout out from her Instafam. Celeb photographer Atul Kasbekar wrote: “Whoa Mandy! Admire and respect your dedication and consistency. Bravo.”

A few days ago, she shared a video of herself doing handstand. She captioned the post: “Here’s wishing a strong, #brave morning to all of you. Only onwards, upwards and maybe upside downwards too. Did 33 handstands today. These 11 were in a row.”

Here’s another post from her fitness diaries. She captioned this one: “Sat around early this morning waiting for the penny to drop… (and till my knees started shaking). #wallsit #makingmymorningcount #wip.”

Mandira Bedi has featured in popular television shows like CID, 24 and Kyunki Saas Bhi Kabhi Bahu Thi and is best-known for her titular role in Shanti. She was also a part of Shah Rukh Khan and Kajol’s Dilwale Dulhania Le Jayenge. Mandira Bedi has also hosted shows such as Fame Gurukul, Indian Idol Junior and India’s Deadliest Roads. She also featured in both the seasons of the web-series Thinkistan. She was last seen in the multilingual 2019 thriller drama Saaho, which starred Prabhas and Shraddha Kapoor in the lead roles.

Mandira Bedi and Raj Kaushal’s son Vir, 10, was born in 2011. Mandira and Raj Kaushal, who previously revealed they wanted to adopt a daughter, welcomed Tara into the family in July last year. 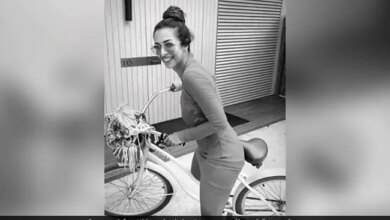 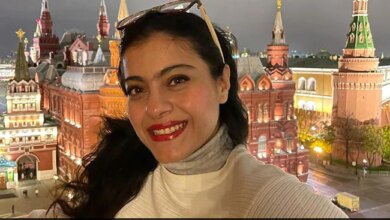 Kajol’s Latest Pic Is From This City 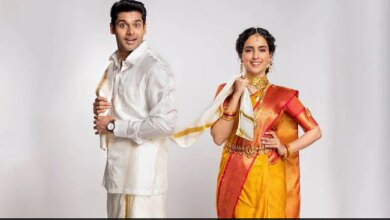