As part of the Energy Efficiency Services Ltd (EESL) tender Tata Motors has been supplying 10,000 electric vehicles to government organisations, in a phased manner. Tata Motors has delivered an undisclosed number of Tata Tigor EV electric subcompact sedans to Goa’s Department of New & Renewable Energy (DNRE). This is one of the new batches of Tigor EVs which the home-grown automaker has been supplying to government organisation as part of the Energy Efficiency Services Ltd (EESL) tender. As part of the deal, which was signed in 2017, Tata Motors is supplying 10,000 electric vehicles in a phased manner. The handover ceremony took place in the presence of Pramod Pandurang Sawant, Chief Minister, Goa, and Nilesh Cabral, Minister for Power, Environmental, Non-conventional Source of Energy & Law & Judiciary among others members of the Ministry.

Tata Motors is one of few carmakers that are working in conjuncture with the Government of India to push the adoption of electric mobility in the country. The company is closely working with other Tata Group companies including Tata Power, Tata Chemicals, Tata Auto Components, Tata Motors Finance and Croma, to contribute to the faster adoption of EVs in India through its eMobility ecosystem called the “Tata uniEVerse”. Earlier in August 2020, Tata Motors delivered a batch of Tigor EVs to the Ministry of Ayurveda, Yoga & Naturopathy, Unani, Siddha and Homoeopathy (AYUSH). Later in September 2020, the company received an order for 150 Nexon EVs from EESL. 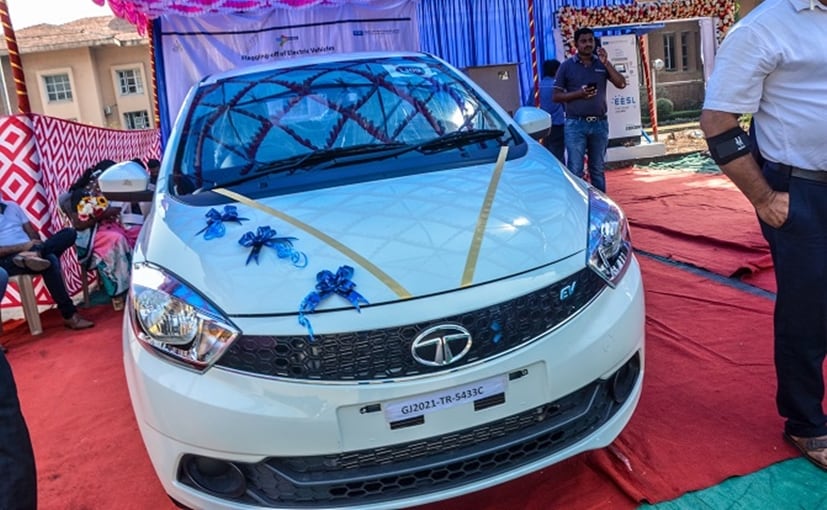 The Tata Tigor EV uses a 21.5 kWh battery pack that powers the electric motor with 40 bhp and 105 Nm of peak torque on offer

The Tata Tigor EV was one of the first electric vehicles to come from the manufacturer and is currently offered largely for fleet operations. The all-electric sedan uses a 21.5 kWh battery pack that powers the electric motor with 40 bhp and 105 Nm of peak torque on offer. The Tigor EV promises a range of 140 km and 213 km on a single charge, depending on the version. The automaker does not sell the Tigor EV to private buyers yet but has tied up with self-drive platforms like Zoomcar to provide the sedan on a rental basis.

A T-shirt with the Wu-Tang Clan symbol is at the center of a dispute between China and Canada.

Safest Cars To Buy In India Below Rs. 10 Lakh