A test mule of the CNG-powered Tata Tiago has been spotted testing completely uncamouflaged, suggesting it could be launched in the country soon. 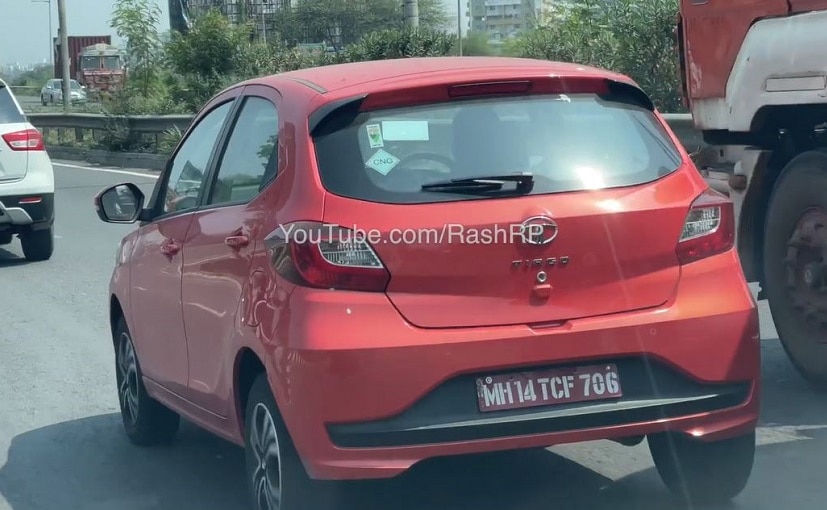 When launched, Tiago CNG will be brand’s entry-level CNG model offering in its line-up

We already know that Tata Motors is working on the CNG models of Tiago and Tigor for the Indian market. The Indian carmaker plans to equip the Tiago and Tigor sedan with factory-fitted CNG kits, which are likely to go on sale in the coming months. We previously captured the CNG versions of both the models undergoing road tests on a couple of occasions near Lonavala, Maharashtra. For the first time, a test mule of the CNG-powered Tiago has been spotted testing completely uncamouflaged. 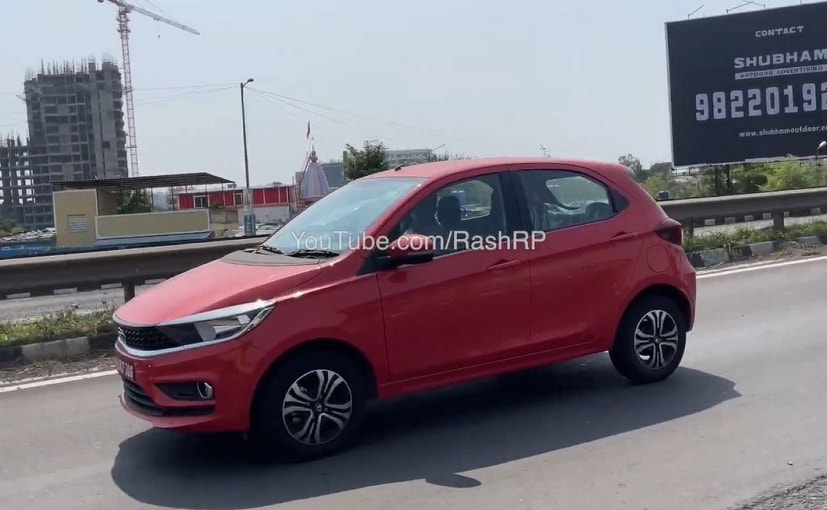 The upcoming Tata Tiago CNG is likely to get the same 1.2-litre Revotron petrol engine.

As seen in the spy pictures, the test mule appears to be a mid-variant that can be seen donning a red paint scheme, which is already available on the petrol counterpart. Additionally, the vehicle is seen wearing a CNG sticker on the front and rear windscreens, confirming it’s a CNG variant of the Tiago. A closer look at the images shows that the CNG variant will also get new multi-spoke alloy wheels, similar to what we saw in the previous spy shots.

The hatchback will continue to get the tri-arrow theme on the front grille, projector headlamps, LED DRLs, fog lamps, shark fin antenna, LED high mount stop lamp, LED taillights and more. While we do not get to see the cabin in these photos, we expect the interior to remain identical to the existing petrol-powered models. 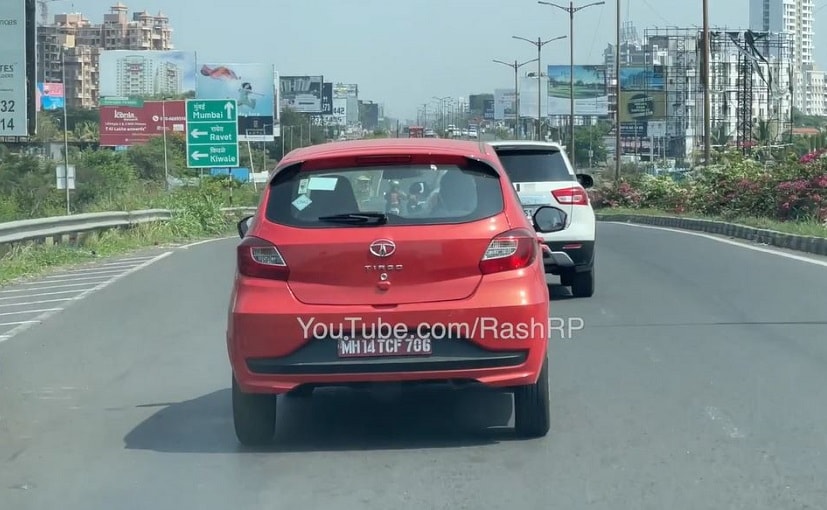 As far as the mechanicals are concerned, we do not expect to see any changes. The hatchback comes powered by a 1.2-litre Revotron petrol engine tuned to make 85 bhp and develops 113 Nm of peak torque. However, we can expect a slight drop in power figures. Transmission duties are likely to be carried out by a 5-speed manual.

Currently, the Tata Tiago comes in a total of nine variants across four trim options – XE, XT, XZ and XZ+. The prices of the car start from ₹ 4.99 lakh, going up to ₹ 6.95 lakh (ex-showroom, Delhi). When launched, the Tiago CNG will compete against the Maruti Suzuki WagonR CNG, Hyundai Santro CNG and others.

Tesla Now Has 25,000 Superchargers Around The World