From walking the runway to ruling every red carpet, the actor is a fashion icon in the making.

For a movie about cannibalism, Bones and All has proved to be a fashion feast. The upcoming production is filled to the brim with established tastemakers, from perennial It Girl Chloë Sevigny to red-carpet risk-taker Timothée Chalamet. Yet most of the film’s red-carpet buzz can actually be attributed to a lesser-known style star: breakout Canadian actor Taylor Russell.

Bones and All (directed by Lucas Guadagnino) stars Chalamet and Russell as two young cannibals living on the fringes of society and grappling with their flesh-eating urges. Hitting theatres in late November, the film shines a light on being an outsider and feeling alone. But above all, it is a coming-of-age tale about love. Or, as Taylor Russell succinctly put it: a “sexy cannibal story.”

How does that translate to the red carpet, you ask? In a series of weird, romantic and mysterious looks, served up by Russell.

At the London Film Festival, she emerged on the red carpet in a Schiaparelli haute couture ensemble plucked from the label’s fall 2022 runway. The cropped, structured jacket with grapevine embroidery exposed a waist-cinching corset that spanned her torso. Russell completed the look with a thick black choker and a wide-brimmed hat for a touch of mystique. Chic? Yes. Uncomfortable-looking? Absolutely. She was on the red carpet to promote a cannibals-to-lovers story, after all.

Timothée Chalamet was there, too. He stood in contrast to Russell, wearing a pristine all-white Alexander McQueen suit and Vivienne Westwood bone choker. Together, the pair’s looks made a killer duo (pun intended), but it was Russell who stole the spotlight. Chalamet — known for sharing viral red-carpet moments with his co-stars time and time again — is hard to upstage. But in her sharp silhouette, Taylor Russell was clearly the headliner. So we ask: will she be the next major style icon?

Russell is not new to Hollywood acclaim. Three years ago, the 28-year-old starred in the A24 cult-favourite, Waves. But with the mainstream talent and early Oscar buzz surrounding Bones and All, the Vancouver-born actor is approaching blockbuster star status. This widespread hype has catapulted her to a new realm of fashion visibility — and exclusive designer archives.

On October 9, the star went vintage in a 1998 Vivienne Westwood strapless gown with oversized buttons. A few weeks earlier, she donned a 2007 Ralph Lauren Collection dress when accepting the award for Best New Young Actress at the Venice Film Festival.

In fact, she donned a myriad of showstopping looks in Venice, including an all-black Balenciaga catsuit and a couture strapless frock with a statement bow and Old Hollywood opera gloves.

To attend the New York Film Festival, she wore a custom Prada gown with an added bejewelled headpiece reminiscent of a tiara — fitting for a queen.

With a style portfolio that spans avant-garde designs and simple elegance, Taylor Russell clearly has range. But her sartorial stamp far surpasses the red carpet. The actor is continually spotted going out — and coordinating outfits — with Euphoria star and street style legend Alexa Demie. (And yes, their friendship alone is evidence enough of Russell’s good taste.) Not to mention, she recently ventured from the red carpet to the runway when she opened the Loewe Spring Summer 2023 show.

And it’s not just the garments she wears that make her a style star to watch. It’s the persona behind it all. As she carves out her applause-worthy legacy, the actor reliably brings a unique air of confidence to each new look. With her minimal makeup and short hair that may be slicked back, fringed or gelled into a swooping side bang, Taylor Russell allows the clothes to speak for themselves, without letting them wear her.

These days, the star of Bones and All seems to be everyone’s muse. And if her viral fashion stints are any indication, she’s just getting started.

When Is Hanukkah 2022? - When Does Hanukkah Start? 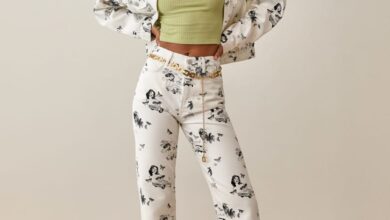 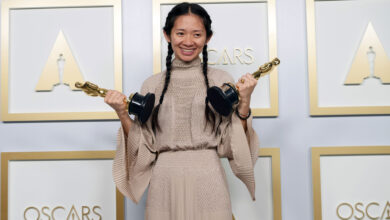 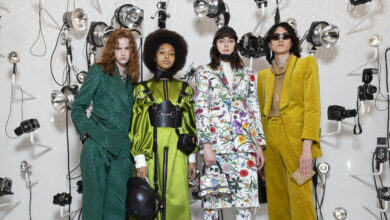