No matter what language you speak or what part of the world you call home, one thing is certain: no one wants to miss out on a good deal.

This has proven especially true in China for existing Tesla customers, who are so unhappy about recently announced price cuts to the cars — discounts they missed out on when they bought their cars — they’ve been staging protests across the country for several days now.

Reuters and other outlets have reported that hundreds of Tesla owners gathered at showrooms and delivery centers in Shanghai on Saturday to express their anger over major price drops to the Model 3 and Model Y. Moreover, videos posted on social media platforms show protests in other Chinese cities like Chengdu, Henan, Wuxi, Hangzhou, and Shenzhen. These angry Tesla owners didn’t call it quits just because the workweek started up; apparently, dozens more protested on Tuesday at a Shanghai delivery center as well.

But according to academic experts on business and Chinese consumer culture who spoke to The Verge, these kinds of protests are not only common but are also part of a broader trend about the power of protest in China — and who or what can be protested at all.

“It’s more about the political culture because they don’t have the opportunity to express their own decisions on so many different fronts,” said Angela Y. Lee, a marketing professor and consumer psychologist at Northwestern University’s Kellogg School of Management whose research has included consumer behavior in China. “It’s in consumption where they can really come together with a collective voice, which gives them a sense of identity and a sense of power.”

“It’s more about the political culture because they don’t have the opportunity to express their own decisions on so many different fronts.”

Beginning in November, people all over China organized unprecedented widespread protests against the government’s aggressive covid-19-related lockdowns. Those protests — the likes of which had not been seen in decades — are credited with helping to end those policies, even if the government is keeping a close watch on those involved.

Lee said that, until very recently, such widespread protests against the government seemed unlikely to happen in China, let alone succeed. But protests against corporate entities are not uncommon and had been a trend since well before the pandemic began.

Tesla announced the price cuts on the Model 3 sedan and Model Y crossover on Friday (and in October before that), as it seeks to offset declining demand in its most important market. Tesla’s waning demand in China is cited as one of the key reasons its stock price has fallen so much, along with factory slowdowns resulting from the country’s intense covid restrictions. Globally, Tesla delivered 40 percent more cars in 2022 than the year prior, but it still failed to meet its targets.

The price cuts have been significant, as much as 17 percent on certain models, according to reports. This brings Tesla’s prices more in line with EVs and hybrids offered by its top rival in China, BYD, leading some observers to speculate that a price war could be brewing between the two companies.

The move has led existing Chinese Tesla owners to take to the automaker’s facilities in protest as they fear for the value of their own cars and begin to believe the cars they bought were overpriced. Tesla has said it has no plans to financially compensate owners who bought cars last year.

“I haven’t been able to eat or sleep.”

“I haven’t been able to eat or sleep,” a Shanghai Tesla owner who went only by her last name, Feng, told Reuters. She also claimed Tesla’s salespeople put pressure on her to buy her Model 3 in December by claiming prices would go up in the new year.

But price changes often draw the ire of Chinese consumers, especially when the long-term value of an asset like a car or an apartment is affected, said Z. John Zhang, the director of the Penn Wharton China Center at the Wharton School of the University of Pennsylvania.

“I think that this is not really unusual in China,” Zhang said, citing examples where homeowners angrily protested price cuts offered to new buyers. “There have been multiple instances where protesters actually smashed the sales offices of some of the realtors. In this country, when you lower the price, people tend to be very sensitive about it.”

Granted, it’s not like customers in the US and Europe take price hikes and “bait and switch” sales tactics lying down. Social media backlash against corporate America feels almost like the backbone of social media itself. In the automotive world, BMW has struggled to respond to considerable criticism over its pivot to charging subscription fees for features like heated seats. And Taylor Swift fans, outraged over the recent Ticketmaster / Eras Tour debacle, have sparked a federal antitrust investigation into the company and filed at least two class action lawsuits.

But this outrage over the price of goods doesn’t often spark actual physical protest in America. Not so in China.

As is the case anywhere in 2023, protests in China against businesses are often organized on social media channels, where government surveillance can be quick to swat down political protests.

“The fact that they can’t do protests at will does increase the possibility they’re going to protest against a business, not against the government or anything else,” Zhang said. “You can imagine there’s a certain energy that gets channeled into this.”

“You can imagine there’s a certain energy that gets channeled into this.”

Zhang said that there may be an even greater degree of anger in China because Tesla is seen as a premium brand that merits a sizable investment from owners counting on it holding its value. “This is not like buying a bag of potato chips,” he said.

Lee said that the country’s political climate of surveillance, fear, and oppression may lead more people to take to the streets over the goods they buy and consume. “I think it’s an offshoot of the political repression that people are experiencing,” Lee said. “People are using consumption and targeting these foreign companies, to demonstrate that, ‘No, we have our freedom. We have our own way of how we do things.’”

Lee added that Tesla’s presence in the country as a foreign brand, as well as a luxury one, may have heightened the anger around these protests. They may also be somewhat less inclined to protest a homegrown company due to their connections with the Chinese government, she said.

“With the luxury brands, we have been seeing this over the last few years, even before the pandemic,” Lee said. “They feel very protective of Chinese culture and heritage. They would come out and boycott the brands, and some would never recover,” she said, citing a now-infamous Dolce & Gabbana ad campaign in 2018 that hammered the fashion company’s sales there.

Moreover, there are lessons to be learned here for Tesla and other Western automakers seeking inroads into China’s massive car market, Zhang said.

“I think Tesla needs to learn to be a little more sensitive” to the needs of the market, Zhang said. “[Tesla] probably wants to give people a reason why they’re lowering the price.”

Rebates or financing offers may have gone over better, Zhang said.

“All you need to do is make sure your price discount is temporary or perceived to be temporary… you better make sure that you pay attention to the sensitivities of your previous owners,” he said.

How to Host a Mildly Chaotic Brunch 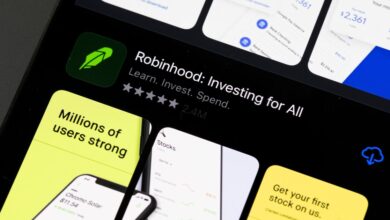 Robinhood’s problems: What you should know about the GameStop stock trading controversy 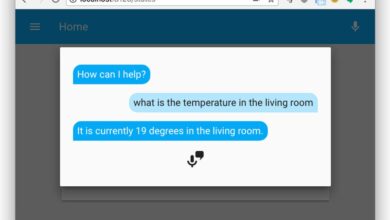 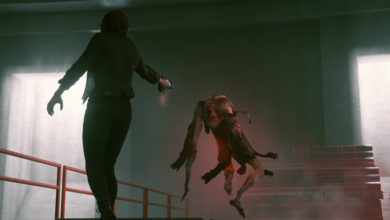