These two cars get massive updates to their interiors, thereby stepping up the quality as well.

For months, Elon Musk’s company Tesla was hinting towards new models of their flagship cars – the Model S and Model X, and in good time, they have come good. It is just that these two cars have massive updates which feature wild futuristic updates to their interiors which also step up the quality of the vehicle’s interiors. Perhaps, the most striking element of both the vehicles is the new steering wheel, which isn’t a wheel anymore. “The ultimate focus on driving: no stalks, no shifting. With a stalkless steering yoke, you can enjoy both the best car to drive, and the best car to be driven in,” Tesla says in the official configurator.

Tesla wants these features to work automatically in the future. “The vehicle uses its Autopilot sensors to intelligently and automatically determine intended drive modes and select them. For example, if the front of Model S/X is facing a garage wall, it will detect this and automatically shift to Reverse once the driver presses the brake pedal. This eliminates one more step for the drivers of the world’s most intelligent production cars,” Tesla describes the system in an internal document.

The other main highlight of the two vehicles is the fact that they now get a horizontal 17-inch infotainment system, replacing the vertical screen that looked like an iPad.

Tesla has also added a third 8-inch display on the back Model S and Model X which has a 2200×1300 resolution that makes it sharper than the screen of most laptops. 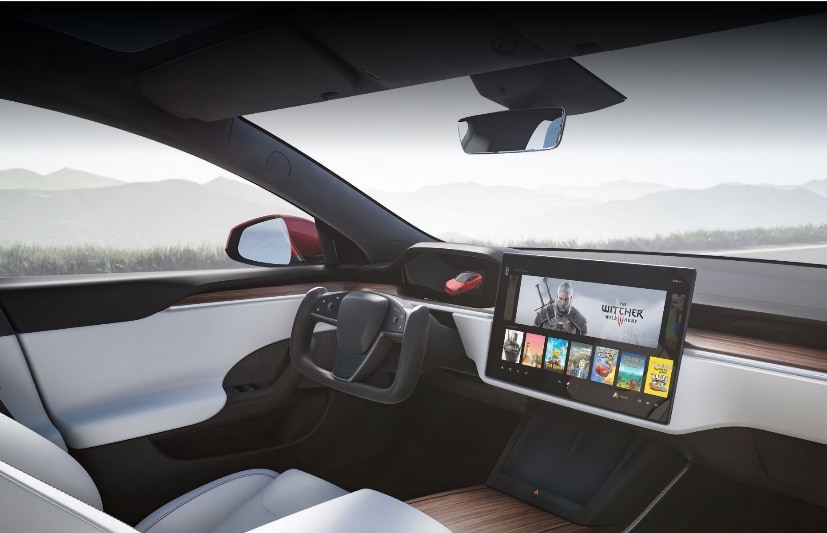 The onboard computer is as powerful as a PlayStation 5

“With 2200×1300 resolution, ultra-bright colours with exceptional responsiveness and left-right tilt, the new centre display is an ideal touchscreen for entertainment and gaming anywhere. The second display in front of the driver shows critical driving information, and a third display provides entertainment and controls for rear passengers,” reveals Tesla.

The Model S also gets a full seamless sunroof like the one on the Model Y. Tesla packs some serious horsepower into the system which has a compute capability of 10 teraflops which is the same as the Sony PlayStation 5. Tesla also touts that one can play a console grade game like the “Witcher 3” on the screen. Tesla has also added support for wireless game controllers.

Multimedia and audio generally get a massive boost with a wild 22-speaker audio system that supports active noise cancelling which could’ve come from a vendor that is known to work closely with Bose – the pioneer behind ANC headphones.

These cars support heated seats, steering and windshields with ventilated front seats. There is also a tri-zone climate control system with HEPA air filtration, custom driver profiles, ambient lighting, tinted glass on the roof and UV and infrared protection on all glass.

Largely the figures are the same between the Model X and Model S, but the range is lesser on the Model X thanks to the added weight of it being an SUV. The long-range model has a range of 579 kilometres.

All The New Features Coming To Google Maps

Porsche Increases Stake In Rimac Automobili To 24 per cent 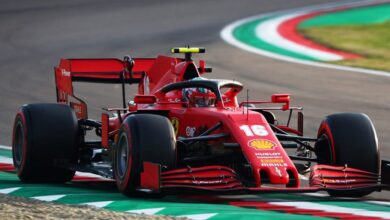