Speaking her truth, on her own time. Tess Holliday opened up about leaving a bad relationship behind after her breakup from husband Nick Holliday.

In an extensive statement posted to Instagram on Sunday, January 31, Tess wrote that it has been “freeing” to remove herself from an allegedly “abusive, unhealthy, toxic marriage.” While she is not ready to address everything surrounding the split, she wanted to acknowledge the “growth” she has since experienced.

“I know so many people are going through similar things. I can’t say that it’s as easy as leaving because for some, they don’t get that choice, it’s stolen from them. Not everyone gets to walk away (claw my way out, in my case) and feel the sun kissing their skin, & I hold space for those that we have lost to intimate partner violence,” the 35-year-old explained. “I know how lucky I am, & it’s not something I take for granted. If you are in this situation, you are so loved & your feelings are valid, even if you can’t see that right now. This isn’t your fault.”

She continued, “Healing is so much harder than I imagined. Abuse is so subtle sometimes that it bleeds into our lives slowly, disguising itself as love, until before you know it … you’re covered in blood … unsure of how you got to that place. It doesn’t matter how ‘powerful’ you are. It doesn’t matter if you think ‘it will ever happen to me.’ It happens. It happened to me.”

Tess claimed that she saw her career, friends and finances “vanish,” which is something that she called “humbling, gut wrenching [and] a little embarrassing.” However, she is currently working on finding herself again.

“The road back to myself has been a long, confusing & hard path. I still don’t recognize myself in the mirror most days,” she wrote. “But I’m happy, I’m safe, & yea I’m a hell of a lot fatter (making peace with this part too) but I’m still standing. Fear doesn’t take up space in my home anymore, it’s been replaced with gratitude. Tremendous gratitude.”

Hours after releasing her Instagram statement, she tweeted, “I feel so free now.”

In October 2020, Tess appeared to confirm her split from Nick with a nude mirror selfie via Instagram. “Cut a boy off and my checks got bigger 🤑,” she captioned the post.

Tess, who came out as pansexual in July 2019, then noted on her Instagram Stories that she was “looking for my Romeo or Juliet … or the non-gendered version of that, plz & ty.”

The following month, the Mississippi native tweeted about feeling at peace while at home for the first time. “I realized this is the first time I’ve felt safe in my own home in over 8 years,” she claimed in her tweet. “It’s been such a joy making it my own the past 2 months 😩❤️.”

Leading up to their breakup, Tess hinted at problems in the longtime pair’s marriage. She confirmed to Parents in January 2020 that Nick had been living in his native Australia since September 2019 and was “working on himself.” Though she declined to specify the status of their relationship, she explained that she was “just now finding some stability with my mental health.”

If you or someone you know are in an abusive relationship, call the National Domestic Violence Hotline at 1-800-799-7233. 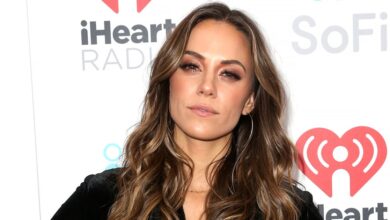 Breast Augmentation Amid Divorce Is ‘Unfortunate’ 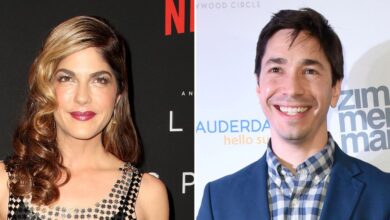 Selma Blair, Justin Long’s Managers Once Tried to Set Them Up 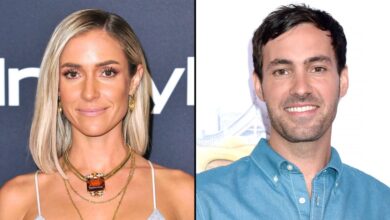 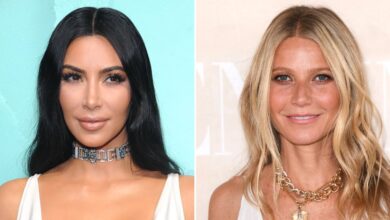