The No. 13 Longhorns (12-5, 6-4) enjoyed a rare off day recently. Maybe more importantly, they enjoyed getting back into a normal routine and working towards regaining their rhythm this Saturday (1 p.m. on LHN) against TCU (11-7, 4-5).

“I feel like we’re a team right now who knows that we can win each and every game. And we just know the game of basketball is all about rhythm. And the team that has the best rhythm is going to win the most games. So it’s just basically getting that rhythm back,” said Courtney Ramey. “Because we were on pause … people with COVID, coaches with COVID. So it took us out of rhythm a little bit, but we’re getting it back each and every day.”

If the Longhorns are going to find their rhythm on the court, they’ll need to understand and implement a complete approach. The Longhorns had a chance to blow Kansas State out. Instead, they took their foot off the gas, hit the brake and tried to coast. What followed was a brief flirtation with the type of disastrous loss capable of totally changing the season outlook.

“We just have to keep playing. I think we had them down 18, and we let them come back. And we had a couple of games like that this year, when we had big leads, and we let the team come back. We just didn’t look at the same team for the rest of the game,” said Ramey. “So I feel like the biggest thing is to stay consistent, because we had games where we had teams down, and we kept them down. So it is basically just trying to repeat those performances, which is hard because the other teams are good too. And they’re trying to fight back. So we just have to show that we are a great team. And then when we get teams down, we just keep them down. I think that’s the biggest improvement we can make.”

In addition to regaining rhythm on the court, this is a team with evolving chemistry. A strength of Texas earlier in the season is everyone, generally speaking, seemed to have a good grasp of their respective roles.

“I feel like it was known. Then we went on break and people’s roles changed. So people get comfortable in one role, then you have people come back and things change. And then as a basketball player, it’s kind of tough to be ‘Oh, I think I’m gonna play this amount of minutes in this game, I might not play this amount of minutes.’ So this is basically like, ‘Alright, this is what we’re going to do from here on out so there’s no confusion.’ I feel like all the great teams have conversations midseason, throughout the season, like, ‘Alright, get back to your role, get back to doing what you do best to help our team win.”

Ramey, always unafraid to make his voice heard, said the team talked after the Kansas State game about the sacrifice required to make Texas a great basketball team.

“Yeah, we had a conversation after the last game. And the big picture was, if we all care about Texas winning, we have to sacrifice,” said Ramey. “Great teams sacrifice. Great players sacrifice. So if everybody’s willing to sacrifice from player one to player 12, that’s going to make our team better.”COVID-19 threw an infectious element into that chemistry, and Shaka Smart unafraid to admit he thinks Texas, unlike other teams in the country, is still adjusting.

“I’ll be 100% honest with you on that. We really are figuring that out. I mean, I think our guys have been really good in that regard all season, all things considered. But I think the time where we were disjointed for a while, guys being away, me being away. I think we’re still coming back from that chemistry-wise as much as anything else,” responded Shaka Smart when asked about where the team is chemistry-wise after the win against Kansas State. “And I mean, you’ve seen I’ve kind of played some different guys. I told the guys in the locker room afterward, I’d love to play all 11 of you guys for 40 minutes. And I’d love to get every one of you guys the exact shot you want on each possession. But that’s not how it works.

“And so, in some ways we’re in, I would say we’re probably not unlike a lot of teams in this way. We’re still kind of figuring out. Like, are we willing, and this is a bigger commitment than it might seem to you guys, but are we truly willing to lose ourselves in this team, and everything that goes along with that? And that’s a daily decision. It’s not one you take for granted. Obviously, it’s an easy decision when you’re a coach. But when you’re a young kid, it’s something you gotta think through and figure out but that’s absolutely going to determine the outcome of our season.”

It’s not a challenge unique to Texas, but it has followed Texas lately onto the court. And it followed Texas to Twitter too when a frustrated Royce Hamm, who didn’t play against Kansas State, tweeted immediately after the game, “Loyalty means nothing nowadays!” The tweet was later deleted the next morning.

“We all did. I did,” responded Ramey today when asked who talked to Hamm after his tweet. “I talk to Royce 24-7. He’s like a brother to me. But we all talked to him. And he said his emotions got the best of him. We got past it. We talked about it. He said sorry. We all believe in him. And he knows his role. I know being a basketball player emotions can get high. We just talked to him, and was like, ‘Keep it in the circle next time.”

Smart himself admitted he’s had thoughts about the frustrating weeks when players shuffled in-and-out of quarantine before he himself tested positive for COVID. But it does him no good to dwell on it, and he certainly doesn’t want his players to lose sight of what he truly believes – a special basketball team capable of doing special things can still emerge.

“I mean, I’ve had those thoughts, but it’s outside of our control right now. So any time or energy that we’re focused on being upset about something that’s outside of our control, is time and energy that we’re not focusing on things that we can improve on now and here. I mean, we have an opportunity to do some special things. I mean, again, maybe I’m just a glass half full guy, but like we can go be a really, really good team down the stretch. Now, do we need to play better then we have since everyone came back? Absolutely.

Unfortunately for Texas, the clock is ticking. Currently, although subject to change, there are just six regular-season games remaining before the Big 12 Tournament. They certainly can’t afford for these lingering issues to affect outcomes, and especially on Saturday, which is on paper the easiest home game remaining. Saturday will show if Texas is regaining its rhythm, can shake the bad habits that plagued them at Oklahoma State and is willing to make sacrifices. 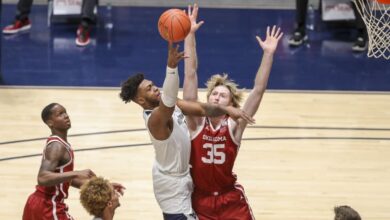 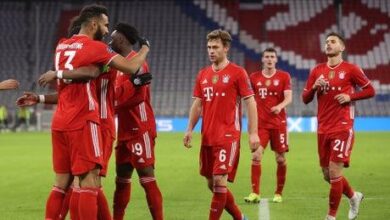 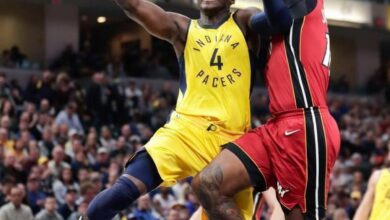