(Pocket-lint) – As smartphones have become more and more ubiquitous, younger generations have increasingly seen no reason to still use landline phones in their own homes.

However, there are still countless people who use landlines every day, whether because it saves them money compared to their mobile contracts, or because of the convenience of having a chat on a phone that doesn’t have a million other features to distract you.

That’s why we’ve gathered some of the very best landline phones on the market, right here.

Panasonic has a whole host of cordless phones available for your home, but our favourite is the KX-PRS120 (and they all have similarly catchy names). It’s a really nicely designed phone that successfully looks like a modern product, which many of its competitors can’t quite manage.

It’s also got, as part of that design, really big and easy to use buttons and a screen that’s also easy to read, making navigating through its menus a doddle. It can use Caller ID information to detect who’s ringing, which also means that it’s great at blocking nuisance calls, and has plenty of ringtones to choose from as well. Finally, it represents really solid value, too, which is key.

If you’re looking to keep things on a budget, VTech’s CS6719-2 is a package to consider.

They aren’t the most modern-looking devices, but they do have their strengths – the units are likely to blend into the background, and you can expand the army to include up to five phones.

There are also trilingual prompts that can be set up, allowing you to navigate the phone with the help of English, Spanish or French read-outs.

There are a few top-end handsets that you can buy for your home which cost truly silly money, most of them designed expensively and aimed at niche buyers, but BT’s Premium Phone is probably the top-end of the mainstream market, and it’s hugely impressive. The phones are really nicely designed, elegant and premium-feeling, but it’s their features that win out.

You can block callers at the press of a button, while a call-screening option lets you even force callers to identify themselves ahead of time (you can exempt your contacts, too). In fact, the call-blocking option is just about as extensive as you’ll find anywhere, which will be perfect for some. For everyone else, beautiful design and great call-quality will more than do their bit, too.

AT&T has quite a few different landline phones for you to consider – but this three-pack, which can be expanded, is a great way to fill your home.

Though they look basic, the design is very handy for those who require enlarged fonts on a clear LCD screen, as well as big keys to dial. Those keys are also backlit, meaning dialing is just as easy in the dark, too.

There are additional features to explore, as well, such as four minutes of recording time, call screening, call intercepting and message retrieval.

A slightly more affordable option from Panasonic, the KX-TG6622EB is still a nice phone to look at, or more accurately is a phone that will easily blend into the background in your home, which is what many people will be looking for. It’s simple and easy to use, as well.

Its soft-touch keys are easy to read and backlit for when you’re flailing around in the dark, and while its display isn’t exactly cutting-edge, you’re still getting a great package for the price, one which will do very nicely for most users.

If you want a combination of corded and cordless, this is a great little duo to set up in your home.

It’s ideal for those who need a digital answering machine and also the flexibility of a cordless model, with the stationary model allowing for two-way conferencing, 10 speed-dial keys, caller ID and a ‘call waiting’ indicator.

This set is also very easy to expand, connecting to up to 10 other cordless models. And though it’s not cheap, there is great strength in the versatility of having both a corded and cordless handset.

When it comes to innovation in the world of home phones it might feel like there’s not much more to be done, but Gigaset has taken an impressive leap with the S850A Go, which lets you sidestep your landline bill in interesting ways. It can hook onto your home’s Wi-Fi network to make internet calls, making it great for calling abroad without triggering annoying extra charges.

On top of that, it’s a nicely-designed phone with an easy-to-navigate system and good build quality and call clarity, which makes for a pretty darn solid package as a whole.

If you need a cordless duo that can operate at range, Motorola’s O212 set is a great consideration.

Either IP67-rated device can operate up to 650ft away from the charging base and, meaning they’re easy to take outside – even in adverse weather conditions.

Despite being cordless, the O212’s base is also equipped with the ability to act as an answering machine, able to record up to 25 minutes of messages.

If the top priority for you is affordability alongside quality, we think that BT’s Everyday option is a really impressive one for those looking to spend less. It’s priced really nicely, especially since you can buy a single phone on its own, and yet still looks pleasant and feels sturdy.

Plus, its call quality is really solid, while you also get plenty of ringtones to choose from and settings to tweak. It’s far from the most feature-packed phone, but for a budget option, it’s an extremely sensible choice.

5 Amazing Travel Destinations That Are Being Ruined By Pollution 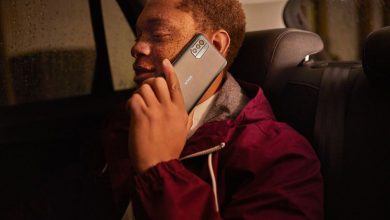 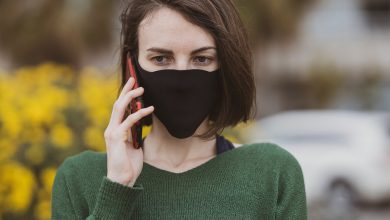 How to check COVID exposure notifications on iPhone, Android 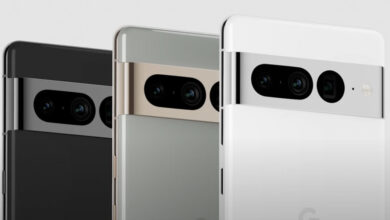