For many of us, Halloween feels as American as apple pie. Dressing up in a spooky or creative costume, traipsing around in the gathering dusk with the kids to collect candy from your neighbors, or gathering with friends for a creeptacular gathering are all beloved traditions. But in reality, the fall holiday didn’t start stateside at all. In fact, the history of Halloween dates back thousands of years to the Celtic celebration of Samhain, a festival that marked the end of the harvest season and the beginning of a new year. The day also fell at a time when the veil between the living and the dead grew thin, when those of us with blood still pumping through our veins could communicate with our loved ones in the spirit realm.

Whether you go in for that sort of thing or not, add a little education to your celebration before you go trick-or-treating. You’ll realize the holiday has a much more interesting (and eerier!) back story than you thought. Travel back in time with us (and we mean way back) to learn what some of the very first ghostly celebrations of Halloween looked like. We can guarantee there wasn’t a glitter pumpkin or superhero costume in sight. And if you just can’t get enough, load up on even more Halloween trivia when you’re done.

The Celts also believed that the spiritual communication on Samhain made it easier for Celtic priests, or druids, to predict the future, according to History. To appease their gods, they built bonfires and sacrificed crops and animals. Villagers also attended the bonfire ceremonies wearing animal heads and skins.

Nowadays, many of us associate bats with Halloween — and that has its historical origins, too. The Druids’ Samhain bonfires attracted bugs which, in turn, drew bats to have a tasty meal. In later years, various folklore emerged citing bats as harbingers of death or doom. In Nova Scotian mythology, a bat settling in a house means a man in the family will die. If it flies around and tries to escape, a woman in the family will perish instead.

The Romans conquered most Celtic territory by 43 A.D. and brought their own fall festivals with them, according to History. Their October celebration called Feralia also commemorated the passing of the dead. Another holiday, Pomona, honored the Roman goddess of fruit and trees. That’s why we often bob for apples during Halloween festivities.

Fast forward a few centuries, and the festivals that would become Halloween shifted even further. Several Christian popes attempted to replace “pagan” holidays like Samhain with their own religious observances. By 1000 A.D., All Souls’ Day on November 2 served as a time for the living to pray for the souls of the dead. All Saints’ Day, or All Hallows, honored the saints on November 1. That made October 31 All Hallows Eve, which later became Halloween.

Despite the new religious focus, people in Old England and Ireland continued to associate that time of year with the wandering dead. They set out gifts of food to feed the peckish spirits, and as time wore on, people would dress in scary costumes in exchange for treats themselves. The practice was called “mumming,” and looked awfully similar to today’s trick-or-treating.

The first Halloween-like festivities in America predominantly arose in the southern colonies. People began to celebrate the harvest, swap ghost stories and even tell each other’s fortunes. However, those early fall festivals were known as “play parties” at the time.

In the 1700s and 1800s, women performed rituals on Halloween in hopes of finding a husband. Single ladies would throw apple peels over their shoulder, hoping to see their future husband’s initials take shape when they fell. They also competitively bobbed for apples at parties, believing the winner would marry first. And in a ritual that just sounds downright creepy, some thought standing in a dark room with a candle in front of a mirror would make their future husband’s face appear in the glass.

The holiday we celebrate today really started taking off in the middle of the 19th century, when a wave of Irish immigrants left their country during the potato famine. The newcomers brought their own superstitions and customs, like the jack-o’-lantern. Did you know that jack-o’-lanterns used to be carved out of turnips, potatoes and beets? While kids didn’t trick-or-treat at that time, they did play plenty of pranks.

By the end of the 1800s, more communities ushered in a more secular (and safer) set of rituals. People started holding Halloween parties that featured more games, fall seasonal treats and fun costumes over witchcraft and mischievous troublemaking.

What We Know Today

Trick-or-treating skyrocketed in popularity by the 1950s, when Halloween became a true national event. Today, over 179 million Americans celebrate the holiday — and spend about $9.1 billion on it per year, according to the National Retail Federation. That’s a lot of miniature candy bars!

Is Halloween a Holiday?

Many Americans love Halloween wholeheartedly, but the day isn’t an official holiday. Despite all of the festivities that happen in the evening, Halloween is still a working day and most businesses and banks follow their regular hours. So if you’re rushing home to answer your doorbell on the day, you’re certainly not the only one.

Best Prime Day gaming laptop deals: Save $550 on a Razer Blade 15 and more

Tips before travelling to Hyderabad 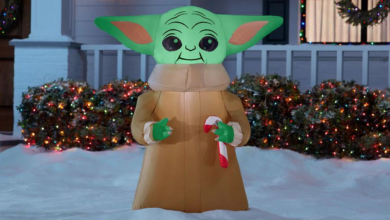 The 30 Best Christmas Inflatables of 2021 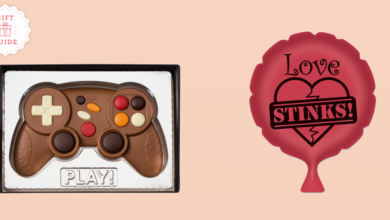 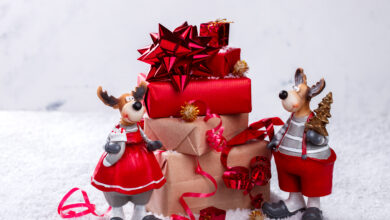 Four Christmas gifts that you can buy ahead of time 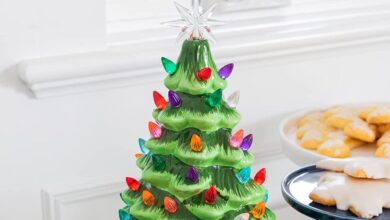 Amazon Has a Holiday Decor Section Full of Budget-Friendly Finds