From Rejina Pyo’s eco-minded miniaturized pieces to the latest capsule by Cardi B and Reebok, making style-savvy clothing for kids has never been more in demand.

Inclusivity is one of the biggest buzz words in the fashion world of late — even this very magazine has the mandate of #FASHIONforall. And there’s a growing number of designers, including recent winner of the Canadian Arts & Fashion Award for International Canadian Designer Award Tanya Taylor, Rejina Pyo, and a wealth of creatives under a new SSENSE department, who are hoping to capitalize on this concept with the introduction of kidswear. After all, don’t many fashion lovers claim the design bug bit them at an early age?

There are also just-launched ventures such as retail magnate Joe Mimran’s latest label created for Toys “R” Us, which has non-gendered options for infants and beyond — a move that’s sure to please parents who balk at the notion of appointing gendered tropes to their tots.

So, what’s behind this baby-to-pre-teen clothing boom? A few factors, really, from a keener focus on sustainability to opening up a dialogue about identity, to the behemoth branding concept of “lifestyle” making us feel like everything should be on point at all times. Here’s what you need to know if you have a part in dressing the next generation.

As we have more access to celebrities now than ever before, and influencers clamour to reach and surpass similar heights of fame, many people with a platform are choosing to selectively showcase their offspring as extensions of their own coveted, lavish way of life. Any avid follower of Cardi B, for example, might be as aware of her two-year-old daughter Kulture’s wardrobe updates as those of the superstar rapper herself.

Kulture’s Instagram feed — managed by her mommy, of course — has over 1.8 million followers; nothing to sniff at when it comes to building a fashion legacy before you can use a debit card. And on any given day you can see her sporting pieces by Balenciaga and Moschino (plus more down-to-earth dressing options for a toddler like denim jackets and elephant-eared bath towels).

It seemed like a natural fit, then, for Cardi B to capitalize on the interest and build on her partnership with Reebok to create a “Mommy & Me” footwear capsule collection that launched last month. The monochromatic designs include an Aqua Dust colourway which “ties back to the Aquamarine stone which represents clarity, calm and relaxation: three adjectives that Cardi uses to describe being a mom” according to a press release for about pieces.

But even us non-celebs feel the urge to step up our game for the ’gram, and having adorably adorned little ones is just another part of the personal picture we might choose to present on and offline. In early May, Montreal-based e-commerce and editorial platform SSENSE introduced a kid’s department as an extension of its Everything Else offering composed of tech, home décor, apothecary items and even fashion pieces for pets.

In a statement about the launch, chief merchandising and marketing officer Krishna Nikhil was quoted as saying that they “are bringing the distinct SSENSE point of view to kidswear with our curated yet expansive assortment, exclusive capsules from emerging and established designers and, importantly, celebrating the next generation of young creatives who are undoubtedly changing the way we see the world.”

Nikhil added that clothes and accessories for kids was a logical step after introducing Everything Else, one which “reaffirmed that our audience looks to [us] to bring meaningful curation to categories outside of fashion, such as home, self-care, technology and activity. There are endless possibilities for us to expand into new categories as the growth of our platform continues to accelerate as we scale globally.”

The initial SSENSE kid’s assortment includes pieces by upcycling-centric labels like Rave Review and Chopova Lowena, industry icons including Burberry and Versace, and newer names such as Happy99 and Museum of Peace & Quiet. To mark the occasion, the platform released a video highlighting hip, young creatives: drag queen Desmond is Amazing; producer and DJ Evan Kozin; skateboarder Fay Defazio Ebert; and knitwear artisan Jonah’s Hands. These kids, it should be noted, are indeed alright.

Sustainability-minded brands have found a novel way to reduce waste

This past Winter, London-based designer Rejina Pyo told FASHION that the environmental impact of design was weighing more and more heavily on her mind. When discussing conversations she’d have with her eponymous brand’s managing director, Pyo recalled that, “She’d say that I shouldn’t walk away, but be in this [industry] to make valuable changes.”

Enter Pyo’s first collection made for young ones aged between two to eight years old. The pieces dropped in early May and contain much of the design DNA from her adult line — voluminous silhouettes, charming prints and timeless appeal. The kidswear options are crafted in limited quantities using textiles made from organic and recycled cotton, and several styles are fabricated from archival materials from Pyo’s past collections.

As part of the drop, Pyo also pled the case for the tradition of hand-me-downs as an enduring practice. “As a designer I am drawn to people’s everyday lives and I love the idea of making clothes for the whole family, whoever that might include,” she said in a press release. “I have team members who are parents and many of my friends now have kids so it felt like a natural next step. I wanted to create a relaxed, easy-to-wear kids collection with a different twist and which doesn’t create a big divide between girls and boys fashion. It’s also important to me that the collection be made with sustainable materials and can stand the test of time. I hope these pieces are passed between friends and family for years to come.”

Conversations about self-expression and identity? Start them young.

One can’t ignore the growing momentum behind the movement to question why certain colours, patterns, fabrics and design details are designated as being for a particular gender; nor how style — and the experimentation of it — allows young people to explore their identity. As folks like actor Lachlan Watson and author Alok Vaid-Menon continue speaking out about the importance for youth (and adults!) to be encouraged to embrace and express who they, we’re sure to start seeing more children-focused brands banishing the binary in their designs.

Canadian retail giant Joe Mimran has attempted to incorporate this concept into his new kidswear label created for Toys “R” Us called Rise Little Earthling. Under the categories for “Tiny” and “Little” earthling on the brand’s website, customers will find a “They” tab (there are also generic tabs for “Baby” and “Kids” listed on the site). Amongst the array of  the black and white pieces one would likely describe as gender neutral found under “They,” there are also light peach-hued slip-on shoes, pink sunglasses and plenty of pieces in navy blue.

“Rise Little Earthling is a purpose-driven brand that fosters inclusivity and celebrates everyone, no matter how they choose to shop,” Mimran told FASHION in an email. “Our user experience includes a variety of options because we believe in supporting and reflecting the values of our community.”

The site still lists flower-shaped sunglasses and a heart-print baseball cap under the “She” category and not under “He,” so there’s evidence this and other brands, catering to folks of all ages, still have a journey ahead to truly reflect the demand for inclusive design; one that should include paid consultation with people of all identities about their shopping experiences.

Perhaps they can also look to Victoria, B.C.’s Whistle & Flute for inspiration. Launched by Miranda McCullagh and her husband Ryan in 2012, their label isn’t broken down into gendered categories at all, and its pieces feature cartoon-y renderings of arcade game consoles and cups of bubble tea. Kid’s play on the surface — but much more than that when it comes to how we’re moulding young minds and changing older ones.

Honey Insurance launches with $15.5M AUD, the largest seed round ever for an Australian tech startup – TechCrunch 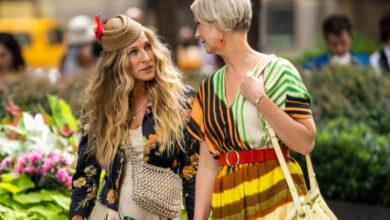 The Fashion In “And Just Like That” Is Driving Shopping Trends 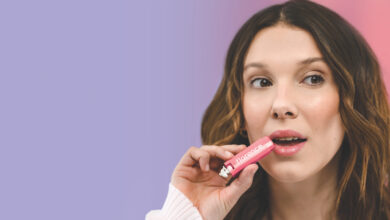 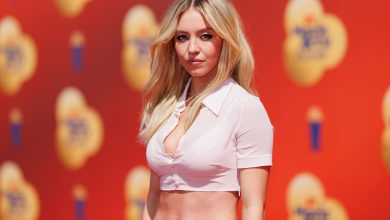 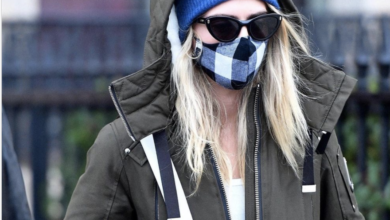