Though it was yet another survival video game about brute forcing your way through masses of infected enemies, The Last of Us’ focus on people’s relationships and how they evolve was a major part of why the Naughty Dog title remains such a critical darling with a passionate fanbase. As a video game and a zombie horror, The Last of Us’ ability to make you genuinely care about characters like Ellie and Joel, and then feel like an active participant in their quest for survival helped make it feel distinct within the genres. Interestingly — but not all that surprisingly — that distinct-ness isn’t quite as present with HBO’s new The Last of Us series from Craig Mazin and Neil Druckmann.

Despite sharing a sizable amount of the same narrative DNA, and a similarly thoughtful approach to fleshing out a fictional world ravaged by a fungal pandemic, watching HBO’s The Last of Us is a drastically different experience than playing its video game counterpart. Both feature strong ensembles of actors bringing complex ideas to life, and stories that highlight humanity’s capacity for beauty and monstrosity. But because HBO’s new show is just that — a show you’re meant to watch rather than a game you can play through, and become a part of — this telling of The Last of Us has a tendency to feel like something crucial to making it work is missing, even though it’s a surprisingly faithful adaptation.

Set in a world where society’s collapsed all over the globe, HBO’s The Last of Us tells the tale of how a grizzled smuggler named Joel (Pedro Pascal) and a teenaged girl named Ellie (Bella Thorne) first meet and begin traveling across the ruins of the US in search of a cure for the fungal pandemic that wiped everything out. Years after the swift and devastating initial outbreak of a lethal, mutated fungus that kicks off The Last of Us’s first season, there are still small pockets of uninfected humanity fighting to survive. For some, that means living in fortified quarantine zones under strict military control, while others risk the wilderness where the mutant cordyceps fungus has infected and transformed most humans into a sprawling network of monstrous, flesh-eating ghouls.

Unlike so many other zombie narratives where the source of apocalyptic infection is obfuscated in order to create some sense of mystery and / or insurmountable hopelessness, The Last of Us makes a point of explaining exactly How Shit Hit the Fan because of how important that information is to its heroes and villains. Decades after the cordyceps outbreak, survivors like Joel and his fellow runner Tess (Anna Torv) still remember first hearing about the fungus, and those early chaotic days when people still thought they might be safe holing up in their houses until things blew over.

People like Joel’s brother Tommy (Diego Luna) remember how badly things turned out for those who weren’t willing to adapt as it became clear that “normal” was never coming back. The Fireflies — a militia group led by a woman named Marlene (Merle Dandridge) — turn their memory of what the country was before it fell under fascistic control into a worldview that inspires them to keep fighting for a better future. But for children like Ellie who were born after the outbreak and have no memory of a cordyceps-free world, the apocalypse is all there’s ever been, which makes hope a difficult feeling to hold onto.

Like in the game, HBO’s The Last of Us focuses on how Joel and Ellie unexpectedly become one another’s sources of strength and resolve after fate binds the two together, and the pair set off on an adventure that could lead to the world’s salvation. But unlike the first Last of Us, which played out as a fairly linear story in the present, HBO’s series is largely built around a number of poignant flashbacks from Joel and other characters’ lives meant to illustrate just what all they’ve lost, and how that loss has changed them.

Pascal’s Joel — a weary and reluctant protector still mourning the loss of his own loved ones — and Thorne’s Ellie — a scrappy, and quick-to-swear smartass — will immediately ring familiar and true to The Last of Us’ longtime fans tuning in to see their favorite characters brought to life. Many of the show’s most pivotal moments play out similarly to how they did in the game, but details are often reworked to show you things from new perspectives, or to provide insight into people’s motivations.

When it’s specifically digging deeper into the personal lives of supporting characters like Riley (Storm Reid), Bill (Nick Offerman), and Frank (Murray Bartlett), HBO’s The Last of Us feels like a refreshing take on a core part of the larger franchise. But in scenes when the show’s trying recreate some of the game’s more emotionally-charged moments, The Last of Us has a way of coming across a somewhat uninspired because of how long we’ve been living with other zombie horror survival shows like AMC’s The Walking Dead.

Though it probably wasn’t HBO’s intention, its spin on The Last of Us highlights how being able to actually interact with a narrative like this makes it far easier to become invested in it, and see past how often it wanders into paternalistic savior territory. As a game, The Last of Us gave you the time and space to explore its world and really come to appreciate Ellie and Joel as people at whatever pace you wanted or needed to stay interested. But as nine hour-long episodes, The Last of Us moves at a clip that sometimes makes it hard to see its protagonists as people who could ever become attached to one another.

Because the show moves and can’t really afford to give you more time to spend with the cast of figures that come in and out of Joel and Ellie’s lives, it also ends up feeling like a much more condensed version of The Last of Us’ plot, even though that’s not the case. It’s almost impressive just how much (and then some) of the first game HBO’s show manages to fit into this first season without feeling overfull. Significantly less impressive, on the other hand, are the series’ depiction of The Last of Us’ infected, who are mostly heard off in the distance screeching save for a handful of moments when you see them (and their growths) up close and personal.

While the VFX weren’t yet finished on the screeners made available for review, it was clear that The Last of Us is trying to create a more all-encompassing atmospheric kind of fear with gurgling, clicking sound design meant to remind you how the infected hunt with heightened senses of hearing. Were those gurgles and clicks a bit more menacing, and accompanied by live-action versions of some of The Last of Us’ more impressive creatures, the show might be successful on that front. Instead, though, the show settles on being mildly alarming when it could stand to be a bit more horrific, and it’ll be interesting to see whether that shifts if and when HBO decides to move forward with a second season.

HBO’s The Last of Us is a more-than-solid adaptation in the sense that it expertly pieces together a new version of a beloved tale in a way that’s almost certain to reach and speak to a larger audience. But as the showcase of a much-lauded story that’s — for better or worse — been hailed as one of the most significant pieces of art to come out of the video game space in recent years, HBO’s new series is extremely fine. Not great, not terrible, but fine. 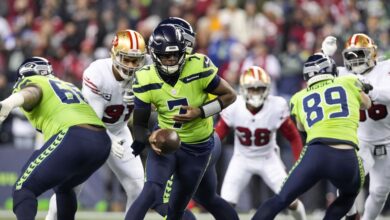 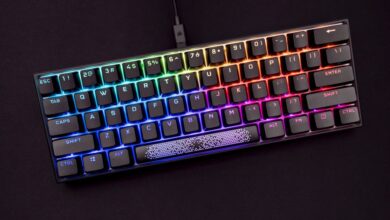 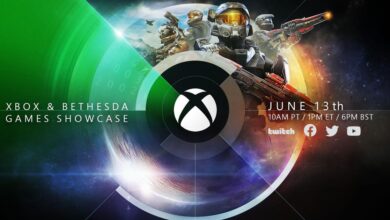 E3 2021 schedule: All the major streams you need to know about 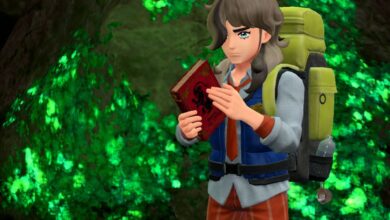 Pokémon games are getting less weird