By now, we’ve learned an important lesson: never take time for granted. You may think you have plenty of it… until you don’t. So, in 2021, it’s time to be bold. When planning your next trip, don’t settle for the same old holiday – discover a new destination instead.

So, why not visit Mauritius? This tropical archipelago, which sits more than a thousand kilometres off Madagascar, is only well-known to African travellers. And even then, many from the continent haven’t visited, as flights aren’t cheap.

But, if you have some extra cash kicking around, there’s no better time to pop in for a holiday visit. With many فنادق في موريشيوس offering excellent deals, you’ll save heaps on accommodation costs.

But once you’ve looked through their hotels and booked one, what then? Well, in this post, we’ll share the best things to do whilst on holiday in Mauritius.

Foreign explorers only colonised Mauritius 400 years ago. But, in that time, its settlers developed much of the island for agriculture. However, in 1994, the government stepped in and protected the Black River Gorges, declaring it a national park.

This 64 square kilometre preserve guards the last continuous tract of intact rainforest on the island. In this park, you can hike on more than 50 kilometres of trails. If you’re short on time, ensure that you don’t miss Chamarel Waterfall. Standing over 270 feet above its gorge, this natural wonder is the highest waterfall in Mauritius.

After a day of jungle exploration, you’ll have earned a full day at the beach. But where? Mauritius has a wealth of amazing places to curl your toes into the sand. As a result, it can be tough to pick a spot. So, If only the best will do, hop on a boat and head to the Ile Aux Cerfs.

This island, which sits within the largest lagoon on Mauritius, boasts over 87 hectares of white sand and lush greenery. But there’s more to do than just play in/on the water – there’s also an 18-hole golf course, too!

So, after a morning on the links (and a relaxing lunch at the clubhouse), you can hit the beach in the afternoon for some serious relaxation.

Experience the Culture and Beauty of Ganga Talao

Mauritius isn’t just a place for hedonism – it’s home to over a million people, many of them Hindu. You see, back in the early days, Mauritius was home to massive plantations. And after slavery was abolished, farmers had to shift to a paid workforce.

So, they imported indentured workers from India. The days in the fields were tough, but once their contracts were up, many opted to stay and make a life in Mauritius. As a result, almost half of this island’s residents practise Hinduism to this day.

Across Mauritius, you’ll find numerous Hindu temples. But none hold a candle to the complex at Ganga Talao. Ganga Talao is a crater lake that sits more than 1,800 feet above sea level. Around it, you’ll find a Hindu temple and depiction of Hindu deities. These statues honour various gods/goddesses, but a massive 33-metre statue of Shiva dominates all of them.

If you want to get to the heart of any place, figure out where the locals shop. Mauritius is no different – across the island, there are many atmospheric markets to explore. At the Flacq Market, local tropical fruit is piled high, and in certain stalls, you’ll find traditional Indian sweets.

Meanwhile, at the Mahebourg Market, watch as locals do their spice shopping. Many merchants shape these fragrant food enhancers in dramatic fashion, so have your cameras ready. Finally, to get your hands on some souvenirs before heading home, stop by Bazaar Port Louis – bargain hard!

Located on the southwestern tip of the island, Le Morne Branbant is an eponymous basaltic monolith with a summit 556 metres above sea level that covers an area of 12 hectares. Named after a ship that ran aground here, this giant rock formation has many caves and a lagoon for swimming. You’ll also find two very rare plants growing on the mountain – the Mandrinette and the Boucle d’Oreille. Today Le Morne Brabant is one of Mauritius’s most popular tourist attractions and has been designated a UNESCO World Heritage Site.

It is also often known as the “Maroon republic” because of the large number of escaped slaves who lived and hid on Le Morne Brabant Mountain. It’s said that when the British passed the Slavery Abolition Act in 1834, soldiers came to the island to inform the slaves that they were free. Sadly many of them were so afraid of going back to slavery that they climbed the summit and jumped to their deaths. Le Morne Branbant is therefore a place of huge cultural significance in Mauritius.

If you’re a nature lover, Le Morne Branbant has a beautiful 3.5 km hiking trail with lush vegetation and exotic plants. In order to hike the trail you must be accompanied by an authorized guide and the journey takes about 3 to 4 hours.

Sir Seewoosagur Ramgoolam Botanic Garden, also known as Pamplemousses Botanical Garden, is the oldest botanical garden in the southern hemisphere. Opened by the French governor of Mauritius around 300 years ago, the garden is now a popular attraction and is home to more than 650 varieties of plants, including Baobabs, and Giant Water Lillies. You can also see more than 85 varieties of palm trees that have been brought to the garden from all over the world.

If you didn’t know about Mauritius before, it’s high time you did. It doesn’t get the press that Southeast Asia or the Caribbean does, but it’s no less intoxicating. So, go ahead and plan that trip – you won’t regret it!

7 Watermelon Beauty Products to Add to Your Routine 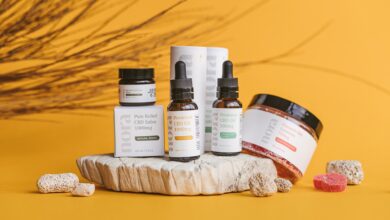 CANNABIDIOL-ALL YOU NEED TO KNOW 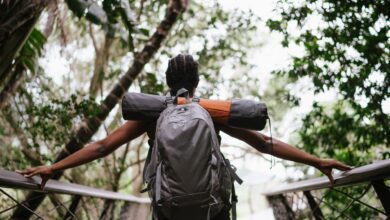 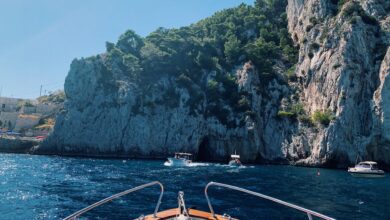 3 Boating Safety Tips For Your Next Adventure 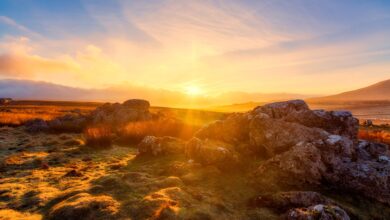