Fans of the Hulu series “Only Murders in the Building,” which returns for its second season this week, know the building at the center of the drama as the Arconia, where Steve Martin, Martin Short and Selena Gomez play an unlikely trio of residents who become amateur sleuths with a podcast. But the Renaissance-style apartment building on the Upper West Side of Manhattan is actually called the Belnord, and it has been making headlines for more than a century.

From the get-go, the Belnord was a newsmaker — an edifice of excess, a home for hyperbole. When it was finished in 1909, covering a full city block at West 86th Street and Broadway, the architect boasted that it was the largest apartment building in the country, and maybe the world. Newspapers, including this one, touted the interior courtyard as the biggest in Manhattan — a half acre of open space, with a garden and a lawn “for a score of children to romp on,” crowned with a bountiful, tiered marble fountain.

They marveled at its capacious rental apartments, 175 of them, each 50 feet deep, stretching from street to courtyard, with interior decoration “in the style of Louis XVI” — pale, painted paneling and “harmoniously tinted silks” on the walls — and the most up-to-date modern conveniences. The refrigerators had ice machines, so no iceman would ever invade the Belnord, as one paper put it. On the roof, each apartment had a private laundry, a low-tech luxury that included a tub, ironing board and clothesline — for the convenience of one’s maid.

It would be its own city, this paper noted, with a population of more than 1,500. Over the years, there were notable tenants: Lee Strasberg, the dictatorial father of Method acting, who was often visited by his shy protégée Marilyn Monroe; Walter Matthau, when he was an up-and-coming theater actor with a young family; the actor Zero Mostel, who played Tevye in the original Broadway production of “Fiddler on the Roof”; and Isaac Bashevis Singer, the Nobel Prize-winning author, who liked to jog around the courtyard in a three-piece suit.

But by the 1970s, that city was in chaos. The ornate limestone-and-terra-cotta structure was crumbling, the roof was leaking and the plumbing cracked. Ceilings were collapsing. Stalactites, The New York Times reported in 1980, had formed in the basement. The fountain had been broken for years, and the garden was a fenced-in jungle, off limits to residents.

The building’s owner, Lillian Seril, would earn the dubious distinction of being one of the city’s worst landlords: By all accounts, she was both litigious and recalcitrant, refusing to fix even the simplest issues, but energetic enough to sue not only her tenants but also the landlord association that threw her out for not paying her dues. (Tenants recalled buying their own refrigerators and sneaking them in with the help of sympathetic building staff, because Mrs. Seril would not allow their broken appliances to be repaired or replaced.)

The Belnord’s residents, many of whom paid just a few hundred dollars a month for their enormous, house-like apartments, organized and revolted. In 1978, they began what would be the longest rent strike in the city’s history.

For the 16 years that it went on, the Belnord battle was so contentious that one housing court judge declared that the two sides deserved each other, before washing his hands of the case when a settlement he had brokered collapsed. “I’m convinced the tenants and the owner are going to litigate the building to death,” he said. A city official likened the situation to the siege of Beirut.

The battle ended in 1994, when the developer Gary Barnett, who was then only 38, bought the building with a group of investors for $15 million. (As part of the deal, Mrs. Seril insisted on retaining a 3,000-square-foot rent-controlled apartment for herself — at her death, in 2004, she was paying just $450 a month.) A decade later, Mr. Barnett and his company, Extell Development, would build One57, the funnel-shaped, blue-glass skyscraper on West 57th that was the city’s first supertall tower and, in so doing, incur the ire of preservationists, urban planners and civic groups. But in those years, he was a hero. The Belnord was his first Manhattan property, and he would spend $100 million shoring it up.

He made various deals with individual tenants as he attempted to turn the place into a luxury rental building, with some apartments that leased for up to $45,000 a month. For a rabbi and his family who were paying $275 for a 4,000-square-foot apartment, Mr. Barnett bought a house in the New Jersey suburbs. Then there was the penthouse dweller who hankered for the desert: He flew her to Las Vegas to pick out a house with a pool, arranged for its purchase and paid her moving expenses. Other tenants opted to keep their low rents, but agreed to swap their vast, 11-room apartments for smaller ones.

Mr. Barnett once joked that the fountain he had resuscitated at enormous expense — a project that involved disassembling and carting it away for repairs — was the fountain of youth, because nobody ever seemed to die at the Belnord.

“It was a labor of love to restore that building,” he said recently. “But I didn’t really understand what I was getting into. It was quite a picture.”

Like everything else at the Belnord, the terms of Mr. Barnett’s mortgage had been problematic, and for a time, after he stopped making the loan payments, the city classified the property as “distressed.” (The calculus of the building’s debt and its rental revenue never quite added up.) And so a new group of investors swooped in — the cast of which kept changing, as various players dropped out because of insolvency, lawsuits and other calamities — to turn the place into a high-end condominium, converting the 100 or so available apartments into showplaces with Italian kitchens sheathed in marble.

Robert A.M. Stern, the architect whose firm handled the conversion, described the process as “a very high-class Botox treatment.”

Prices for the revamped units ranged from about $3.6 million to more than $11 million, although some tenants bought their own apartments at deep discounts. After a rocky start, the condos are now selling briskly, keeping pace with the high-end market in the city, said Jonathan Miller, the veteran property and market appraiser.

And now the Belnord is once again in the limelight, thanks to the Hulu series. John Hoffman, who created the show with Mr. Martin, was delighted and stunned to have scored the place for his production, particularly in the middle of a pandemic. While the atmospheric apartments of Mr. Martin, Mr. Short and Ms. Gomez’s characters were built on a sound stage, the story needed a building like the Belnord, with its grand appointments and panopticon of a courtyard.

“I was obsessed,” Mr. Hoffman said. “I knew we could make something as elevated as that amazing building. It’s a cliché to say that the building itself is a character, but I like the challenge of getting beyond that cliché a bit. What pulls us out of our apartments to meet people? How well do you know your neighbors? Do you only connect when it’s necessary? The ways in which we get pulled together when we live in these spaces is what’s really interesting.”

One Friday evening in early June, Debbie Marx, a Latin teacher and longtime Belnord resident, led a visitor through her unrenovated classic seven, its meandering, book-lined hallways a time capsule from 1959, the year her parents moved in. Her father, Josef Marx, was an oboist and musicologist who had his own music publishing company; her mother, Angelina, had been a ballerina. Ms. Marx moved back into her childhood apartment in the late 1980s, when she was pregnant with her first child and her mother was living there alone. Ms. Marx’s father had died in 1978, a victim, in a way, of the Belnord battle, having suffered a heart attack in the courthouse during a hearing with his fellow tenants.

Ms. Marx recalled growing up in the building — playing handball in the courtyard, which was forbidden by Mrs. Seril, and slipping through the bars of the fence to the off-limits garden, by then a riot of shrubs and trees. She had her own courtyard gang, with Walter Matthau’s daughter Jenny and others, but their transgressions were mild: nicking the hat from a doorman, commandeering the service elevator, dropping the odd water bomb.

“It’s like an archaeological site,” Richard Stengel said of the building. “The further you burrow down, you get a different culture and history.”

Mr. Stengel, the author, journalist and former State Department official, has been a tenant since 1992, when he moved into an apartment that had been charred by a fire and left vacant for years. (If you see Mr. Stengel on MSNBC, where he is a contributor, with a deep red bookshelf behind him, he is broadcasting from his apartment at the Belnord.)

John Scanlon, the wily public relations man who died in 2001, was also a ’90s-era tenant. In those days, Mr. Scanlon was embroiled in another long-running New York City real estate battle: the first Trump divorce. (He was Ivana Trump’s spokesman.)

Like Mr. Stengel, Mr. Scanlon was a member of a Belnord demographic that you might call literary-and-publishing adjacent. He liked to tease Mr. Stengel, who was then the editor of Time magazine, when they collided in the courtyard: “How does it feel to be on the cutting edge of the passé?”

“When we moved in, it had the feel of an Eastern European shtetl,” said Peter Krulewitch, a real estate investor who arrived 35 years ago with his wife, Deborah, a retired Estee Lauder executive, and soon formed what became known as the Belnord 18, one of the many splinter groups of building tenants who tried to negotiate with Mrs. Seril. “There were these wonderful aging lefties that had been there for years — and fought Mrs. Seril for years.”

In many cases, those tenants had succession rights for their children. So despite the influx of condo buyers, Mr. Krulewitch said, the Belnord is a city that still — although just barely — has a population more culturally varied than the monolithic moneyed class that has taken over much of Manhattan.

As Mr. Krulewitch put it, “It has been quite an adventure.”

Best hidden map feature that will save you money on gas 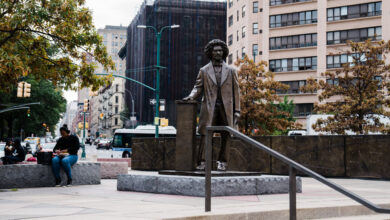 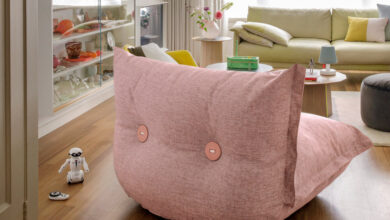 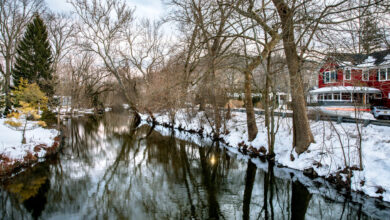 Oakland, N.J.: A Rustic Version of Suburbia, 30 Miles From Midtown 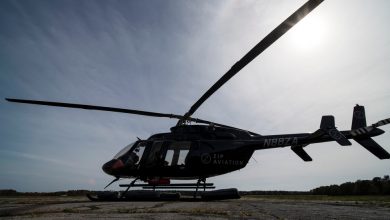