More than 1,000 colleges now require at least some students or employees to be vaccinated against Covid-19, a number that has been rising since last spring.

One of them is reportedly thinking about rescinding its vaccination mandate.

The University of Akron previously announced a requirement that students and employees be fully vaccinated by December 13, saying students who did not provide proof of vaccination or receive an exemption would not be able to enroll in the spring semester.

But the Akron Beacon Journal reported on Thursday that the public university may be walking back that policy. Gary L. Miller, its president, told the Faculty Senate that “we certainly aren’t going to discourage anyone from coming to the university in the spring semester,” the newspaper reported.

On Friday the university’s coronavirus–information page had an update: “We are in the process of reviewing the current policy for any potential changes,” it said, “and will announce those in the near future.”

The update also provided some explanation of the potential change. For one, “the policy was put in place at a time when vaccination rates were low,” it said, and reported cases were rising.

“Good success has been achieved in increasing vaccination rates, both on campus and in the community,” the statement said. “In addition, state legislation is pending that could affect university policies in this regard.”

The university’s Covid-19 dashboard reported that, as of the end of last week, only 57.1 percent of students had been verified as fully vaccinated. The number included only students who had provided documentation of their vaccination status. Nearly 70 percent of employees had provided proof of their vaccination. The number of students and employees on the main campus who tested positive had dropped to 24 during the week of September 23, the most recent week recorded, down from 47 the week of September 9.

“We made it very clear to campus that we would continue to monitor cases, the impact on campus, and reassess our policies as needed,” said Cristine Boyd, senior director of external communications, in an email. “We do believe the vaccination rates listed are likely higher than the percentages provided.”

Some faculty members said they worried the vaccination mandate would be abandoned.

“When they first announced they were going to have this mandate, I was so relieved,” said Sue Ramlo, who teaches physics but was fired during the pandemic and hired back to teach her classes as an adjunct professor at a fraction of the pay.

Ramlo said that since she began teaching in person, she had been taking hand sanitizer with her everywhere and offering it to everyone. “I’m surprised I have any skin left on my hands,” she said. But she thought that once she knew all her students had been vaccinated, she’d be able to relax. Now she’s not so sure.

“It makes me nervous,” she said.

Ramlo also speculated that the university’s reconsideration of the mandate might have something to do with its declining enrollment. In the fall of 2020, total enrollment was 17,829, compared with 22,104 in the fall of 2017.

Kent State University, a nearby institution in northeastern Ohio, requires students and employees to be vaccinated by December 20, with some exceptions. Ohio State University students, faculty, and staff must get their first shot by October 15, although it’s also offering some exemptions. Ramlo said those universities’ policies may have played into University of Akron officials’ decision to review their policy.

“It’s likely that they would pick up students that don’t want to be vaccinated,” she said.

Boyd emphasized the different groups that administrators must answer to. “The University of Akron is a public higher-education institution that is dedicated to teaching,” she said. “We certainly want to do all we can to ensure that our students are able to attend classes and continue their education. We are working to balance student needs and wants with the health and well-being of our entire campus.”

Toni L. Bisconti, an associate professor of psychology and the president of Akron’s American Association of University Professors chapter, said she could understand why university officials would want to continuously review the policy. She said it was possible that the state legislature might ban such mandates soon. If it did, the university could lose students and employees because of a vaccination mandate that suddenly would have to be dropped anyway.

“Thirty percent of our employees aren’t posting their vaccination status,” she said. “Are we going to fire them?”

Edwin Michael, an epidemiologist at the University of South Florida, warned against getting rid of vaccination mandates at large institutions. He said that questions remain about the possibility of mutations and breakthrough cases that may arise if transmissions are prolonged among the unvaccinated population.

“While cases are declining, the pandemic has a long fade-out tail,” Michael said. “Increasing the vaccination rate will enable this to occur earlier. For these reasons, I would maintain vaccine mandates in large institutions because the larger the fraction vaccinated, the better for ending the pandemic in the community at large.”

The statement on the University of Akron’s website said its “goal is to ensure the health and safety of all members of our campus community” and that “vaccinations are the best way to do that.” The university “will continue to encourage vaccines and offer vaccination clinics on campus,” Boyd added.

“The administration and leadership from our shared-governance bodies,” she said, “will be convening to discuss current policies and examining all data before making any policy decisions.” 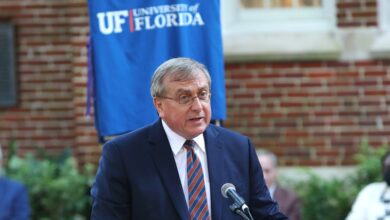 U. of Florida Stops 3 Professors From Taking Part in Voting-Rights Suit, Raising Cries of Censorship 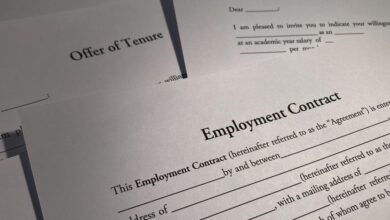 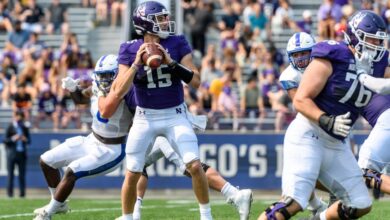 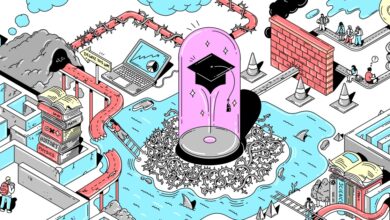 Is Your Degree Program Too Complicated?