For 15 years, Harvey Yancey has been building and renovating market-rate homes, affordable housing and commercial spaces in Washington, D.C. During that time, his company, H2DesignBuild, has navigated funding challenges and found its way into beneficial deals.

But all along, Mr. Yancey, who is Black, said he was aware of the industry’s racial homogeneity and the limitations he faced because of his skin color. “It was always the quiet conversation in the room,” he said.

Today, commercial real estate remains a field in which the vast majority of developers are white. Few reliable statistics are available, but the industry association NAIOP reported in a 2013 survey, the most recent year available, that 4.4 percent of commercial real estate professionals were Black. This year, just 5 percent of Urban Land Institute’s members described themselves as Black or African-American.

The disparity has many sources, including many African-Americans’ unfamiliarity with the field and subsequent dearth of connections. But the biggest challenge, Black developers say, is gaining access to capital, including loans, loan guarantees and equity. That may be the result of limited balance sheets, short track records or a lack of wealthy and influential networks. As a result, their firms struggle to grow and remain on the margins as cities around the country see their downtowns reshaped by other, deep-pocketed developers.

“There’s a long history in real estate of this; it’s been systematic and pronounced for decades, centuries,” said Christopher J. Mayer, a professor of real estate at Columbia Business School. “People have talked about it, observed that fact, but the really strong commitment to do something is much more recent.”

The killing of George Floyd last May and the subsequent Black Lives Matter protests have intensified focus on racial disparities across the country. Throughout the summer and fall, lenders and other financial services companies began announcing initiatives aiming to address racial inequities. As an industry, financial services itself is overwhelmingly white, though its leaders are pledging to change.

Banking giants like Bank of America, Citigroup and JPMorgan Chase, as well as smaller institutions, have announced initiatives totaling billions of dollars that are largely focusing on communities and entrepreneurs of color. Some of the funding is earmarked for affordable housing and commercial development in low-income communities, which will benefit all real estate developers.

Longtime practitioners and analysts in the field say that if new dollars are to redress the industry’s racial imbalance, the funds need to be carefully designed so that more of the money winds up in the hands of Black developers.

In October, JPMorgan Chase announced a $30 billion initiative to advance racial equity that included substantial commitments for minority-led small businesses and Black and Latino households. The announcement also listed $14 billion in new loans and investments over the next five years to expand affordable rental housing in low-income communities.

Observers applaud the size and breadth of these initiatives, but some point out that the funding like this is often not directed specifically to developers of color.

And when funding isn’t earmarked for minority developers, “history has shown us that it ends up going to majority developers,” said Ken McIntyre, the chief executive of the Real Estate Executive Council, a trade association for commercial real estate executives of color.

That’s a disadvantage to the Black developers who focus on affordable housing — and to the communities themselves, Mr. McIntyre said. Black developers are more likely to hire Black contractors and other workers, some of whom may live in those neighborhoods, allowing the money to turn over several times and gradually improve an area. But when the developers are white, “at the end of the day, they’re taking the equity home,” he said.

“Unless you mandate that the money will go into the community in ways that you know it will stay there, it will disappear and you’re doing the same old thing,” he said.

JPMorgan Chase will continue to build on its efforts to identify and strengthen the pipeline of Black developers, said a bank executive who spoke on condition of anonymity because the details were not public.

In September, Citigroup announced $200 million of equity and financing for affordable housing projects by minority developers.

Advocates say it is important to ensure that the capital goes to companies that need it.

“It’s a lot easier to commit the money than to deliver it,” said Alicia Glen, founder of the real estate development platform MSquared and a former New York deputy mayor for housing and economic development. “You have to find the people who have the relationships, either with minority developers or in minority communities.”

That might mean funneling capital through lenders designated as Community Development Financial Institutions, which are mandated to deploy funding into marginalized communities and tend to have deep connections with developers and communities of color.

For example, City First Bank, a lender in Washington, closely cultivates relationships with its borrowers, finding ways to direct capital to promising but fledgling businesses. The bank is seeing an uptick in interest from larger financial institutions, said its chief lending officer, Sonja Wells, “but it’s all still at a smaller scale than it could be.”

No matter how well designed the initiatives are, most loan funds for Black developers tend to focus on the same thing: affordable housing. Many advocates agree that developers should look like the communities where they’re building, but steering developers of color solely to low-income or work force housing reduces their potential influence — and profit. The margins on affordable housing are limited, making it difficult for developers who work only in that arena to grow.

“What I’ve found is that the funds that exist for developers of color push you into deeper affordability, or are restricted to that altogether,” said Moddie Turay, founder of City Growth Partners, a Detroit development company.

Market-rate projects, however, require more private equity. And that’s something that has traditionally been a challenge for Black developers, who often have fewer connections to generational wealth. Before the pandemic, the net worth of a typical Black family in America was one-tenth that of a white family, according to a study by the Brookings Institution. Black developers say that coming up with several million dollars in “friends and family” equity is often impossible because their networks don’t have that kind of money.

“Equity capital is not readily available,” said Craig Livingston, a managing partner at Exact Capital and the chairman of the New York Real Estate Chamber. He and his colleagues may have incredible track records, he said, “but when competing with second- or third-generation developers, we don’t have the same financial footing or access to risk capital.”

A few initiatives have emerged that focus on this problem. In June, for instance, Morgan Stanley and the Ford Foundation started a $26 million fund that provides equity to emerging minority- and women-owned companies. The fund — which is the result of almost a decade of strategizing about how to best help developers of color — will be managed by TruFund Financial Services, a Community Development Financial Institution.

And Blue Vista, an investment management firm in Chicago, is creating a $100 million private equity fund for minority and women-owned real estate businesses. Moved by the racial justice protests this summer, Robert G. Byron, a co-founder of the firm, examined the company’s history and found that the deals in which the company had provided capital to novice companies led by people of color and women had worked out well.

Blue Vista structured its new fund in response, with a plan to provide seed capital and mentoring to a handful of talented newer developers. Within a few years, recipients are more likely to be ready to seek capital from more established sources.

Blue Vista’s program is similar to one that Don Peebles, a successful Black developer in New York, announced in 2019. Mr. Peebles is aiming to gather $450 million in investments for undercapitalized developers in several key markets. But among private equity firms, Mr. Byron says, there doesn’t seem to be any real competition to find and invest in these developers.

“What I hear from both investors and potential users is, ‘This is exactly what we’ve been clamoring for,’” he said. “It’s kind of a no-brainer.” 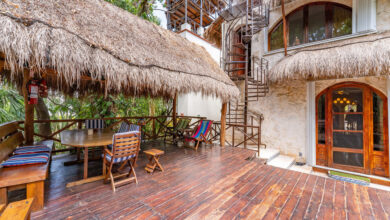 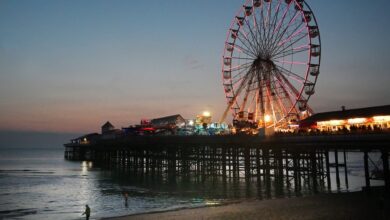 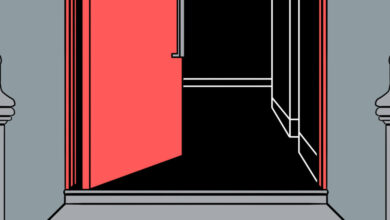 Business Activity Makes My Building Unsafe. What Can I Do? 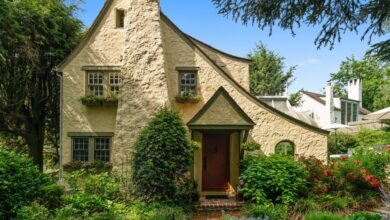 Homes That Sold for Around $1.35 Million