It sounds like Kevin Knox is firmly out of the Knicks’ 10-man rotation.

Knox hasn’t played in the past two games and it doesn’t seem like there’s a clear role for him at the moment.

“Obviously (Sunday) was the first time we had the entire roster available, so right now we’re locked into a 10-man rotation. He’s situational for now,” Tom Thibodeau said before Monday’s loss to Chicago. “But that doesn’t mean it won’t change. His shooting is a big part of what we need. So we want him to continue to work. He’s an important part of our team.”

Thibodeau said Knox will not spend time in the G League.

“He’s still very much situational and things can change quickly based on matchups, fouls, injuries, illness, whatever you might have – he would be the next guy in,” Thibodeau said.

Dennis Smith Jr., the top player acquired from the Dallas Mavericks in the Kristaps Porzingis trade, will play with the Westchester Knicks in the G League bubble to get game reps because he’s been out of New York’s rotation.

It doesn’t seem as if Frank Ntilikina, the Knicks’ 2017 Lottery pick, will opt to play with the G League team.

That Knox, Ntilikina and Smith are all out of the regular rotation doesn’t reflect well on the decision-makers involved in those picks (in 2017 and 2018) and New York’s player-development programs.

Knox, Ntilikina and Smith were all acquired by previous regimes, so team president Leon Rose had no particular allegiance to the trio.

Still, New York had been excited about the prospect of getting Smith working with the new coaching staff and people with the organization wanted him to have a shot to earn a rotation spot. Immanuel Quickley has firmly established himself as the backup point guard, leaving little room for Smith or Ntilikina.

Some of the coaches had been encouraged by Knox’s resiliency earlier in the season. But, at the moment, he’s stuck behind Reggie Bullock and Alec Burks.

It will be interesting to see how New York approaches the trade deadline with all three young players. It seems logical to assume that Knox will have the most value of the three because he’s under contract for the 2021-22 season.

In a big-picture sense, this current Knicks regime under Rose and Thibodeau needs to succeed where others have, mostly, failed – developing young talent. It’s the most cost-effective way of constructing an NBA roster. And, as we saw in Brooklyn in the summer of 2019, it’s an effective way to attract free agents.

We’re less than two months into Thibodeau’s tenure as Knicks head coach. So it’s too early to make any proclamations about how this staff develops young players.

But Thibodeau, Rose and the Knicks seem to have found something special in Quickley, the No. 25 pick in the 2020 NBA Draft.

The rookie has been electric at times, securing the backup point guard spot early on this season and pushing for a bigger role (Quickley again received recognition from his peers when Utah’s Donovan Mitchell tweeted praise of his game on Monday night).

Mitchell Robinson – drafted in the second round in 2018 by Steve Mills and Scott Perry – has shown improvement this season. So has RJ Barrett, selected third overall last season by Mills and Perry.

Obi Toppin – the No. 8 overall pick in the 2020 draft – has been quiet thus far. He missed a few weeks with a calf injury. Since his return to the lineup, Toppin is averaging around four points per game in 11 minutes.

In the loss to Chicago on Monday, Toppin had four points and a turnover in nine minutes. He’s been playing behind Julius Randle, who is performing at an All-Star level at power forward.

Here are Thibodeau’s thoughts on Toppin:

“He’s been playing pretty well. Tonight, we started the fourth and the rebounding was an issue. And so (he’s got to improve) just all around play. But I like the things that he’s doing. He’s playing with good energy.

“I’d say that’s the biggest part is him learning the NBA, the defense and being a multiple effort guy. You have to do more than one thing. He may get the initial part but there’s a second, third and fourth part that has to be done also. So we’re asking him to do a lot. He’s picking it up. He’s getting better. I like his approach. Just got to keep working.” 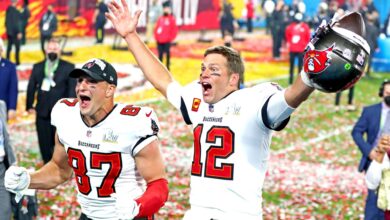 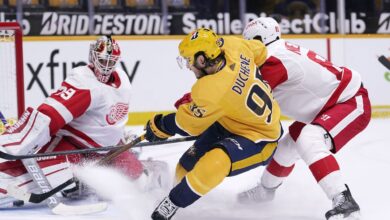