SNY’s Ian Begley confirmed that the Knicks included Rivers and center Iggy Brazdeikis in a trade with the Oklahoma City Thunder and Philadelphia 76ers, a deal that brought shooting guard Terrance Ferguson and center Vincent Poirier to New York.

“Obviously, I can’t comment on any of the stuff that potentially could happen until it’s official. But (president) Leon (Rose) and his staff did an unbelievable job, had a plan that was very well thought out,” Thibodeau said ahead of Thursday’s game against the Washington Wizards (15-27), a 7:30 p.m. tip-off at Madison Square Garden. “It was a number of possible opportunities and I thought they were very disciplined and we love the team we have. So it worked out well for us.”

With the Knicks (22-22), Rivers was either an inactive or DNP for New York’s past 16 games. After signing a three-year contract for $10 million, Rivers flashed during the first 21 games (two starts) but got squeezed out of Thibodeau’s rotation between rookie Immanuel Quickley‘s emergence and veteran Derrick Rose‘s arrival.

“Well, I wouldn’t say it didn’t work out,” Thibodeau said. “It was a situation in which we had a number of players and we didn’t have injuries — we had one period in time which we were shorthanded and I thought Austin played well, and he’s been a good player in the league. So, obviously, we wish him well and, now, we’ll go from there.”

Rivers averaged 7.3 points, 2.2 rebounds and 2.0 assists in 21.0 minutes per game. As Rivers heads to Oklahoma City, Thibodeau likes where the Knicks stand on what was ultimately a quiet day for New York.

“Well, just their willingness to commit to play for each other, sacrifice and put the team first, come in every day,” Thibodeau said. “We know we have a long way to go and it’s going to require more of a commitment and more sacrifice and more fight, because you can see how bunched up everyone is — and you need some good fortune, but you need a willingness to play as a team and this team has demonstrated that all year. So we want to continue to build and see where we can go.”

Nick Lachey Showed Me 'What’s Left of Me’ Video 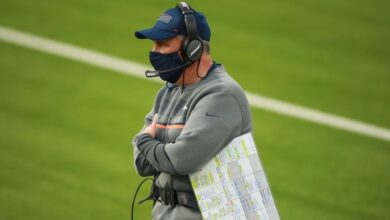 Vic Fangio my biggest mentor, but Bears defense will be mine 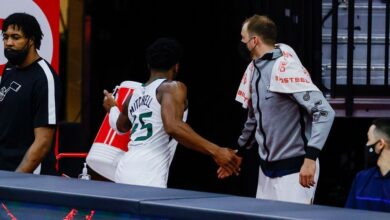 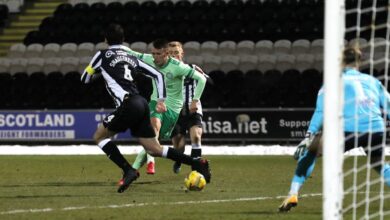 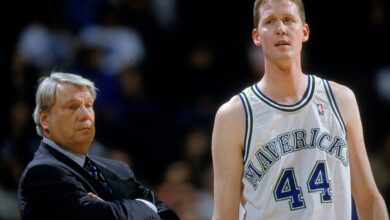