Harry Kane is targeting a possible return to the Tottenham team as early as their Premier League match against league leaders Manchester City on 13 February.

Kane was absent for Spurs’ 1-0 defeat at Brighton on Sunday night which left them 11 points behind City and all but out of the title race after threatening to be contenders earlier in the season. The striker picked up ankle injuries in a 3-1 defeat by Liverpool last week and his manager Jose Mourinho speculated afterwards that he may be ruled out for “a few weeks”, but, speaking after the Brighton game, Mourinho gave a more optimistic outlook.

“The news is pretty good,” the manager said. “On the day of the Liverpool game, no idea. Then the next day we were thinking about three weeks, but Harry is optimistic. He has the experience of some injuries in ankles and in his mind it is a couple of weeks.”

Mourinho’s men topped the table as recently as last month but have fallen six points behind the top four following just two wins from nine top-flight outings. Despite creating little, the Portuguese felt his team improved in the second period at the Amex Stadium and is eager for his players to remain positive as they bid to halt an alarming slump.

“The guys are men and men have feelings, in spite of being top professionals,” he said. “I think football is a sport full of examples of teams and players individually that sometimes they are in an incredible moment of confidence and in other periods they are suffering with self-esteem. A bad result, a bad performance you see that in individuals.

“You see the striker that is five, 10, 15 games without scoring and he looks like he is not a top player and he is. You see the centre-back making incredible mistakes and you think he is an awful player and he’s not, and you see good teams that look bad teams and vice-versa. It’s just that it’s human feelings.

“As a coach I always fight against that. I always say that in my personal case, a victory doesn’t put me in paradise and a defeat doesn’t put me in hell and I try to pass that to all of the players but the reality is the beginning of the game was very important to start well and we didn’t.

“When these feelings were there and we concede a goal immediately and before that they hit the post, I think the team is struggling. But the good thing is, in the second half, in spite of the defeat, I saw a different team with a different spirit with players ready to give everything, with players not afraid to take risks, if you lose 2-0, if you lose 3-0, you lose. We go with everything we have and we can and the boys did that in the second half.”

It's 'difficult to believe' the short squeeze was purely fueled by retail investors, professor says 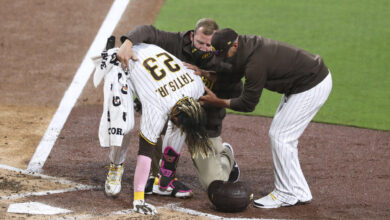 Tatis on IL, Reds and Baddoo off to big starts 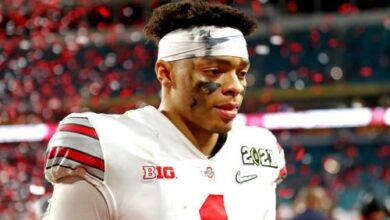