The automobile industry has been grappling with a chip shortage since the end of last year, which has in some cases been exacerbated by the former U.S. administration’s sanctions on Chinese chip factories. 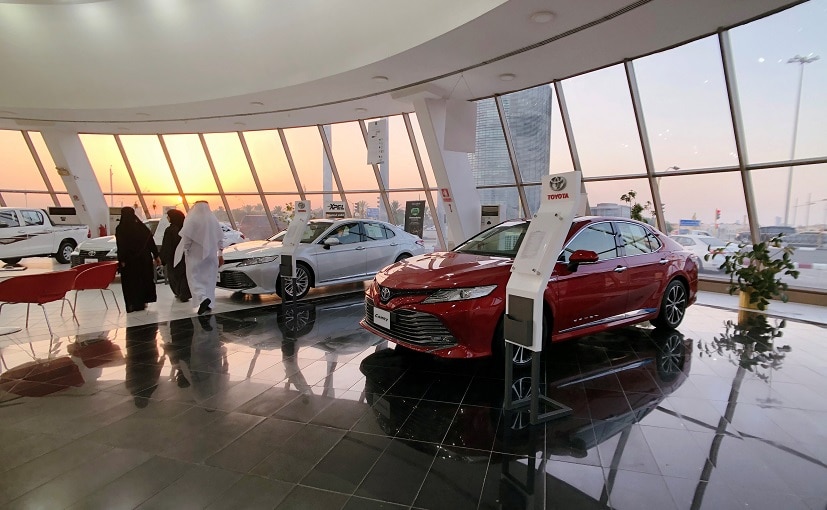 Toyota Motor Corp said on Wednesday it has an up to four-month stockpile of chips and was not immediately expecting a global chip shortage to hit production, as it jacked up its full-year earnings forecast by a bigger-than-expected 54%. Unlike other automakers, including Japanese peers Nissan Motor Co Ltd and Honda Motor Co Ltd, that have had to cut production because of semiconductor shortages, Toyota raised output for the fiscal year ending March.

Shares in Toyota, the world’s biggest automaker by vehicle sales, closed up 1.7% after hitting their highest level since July 2015.

“For the near term, we do not see any decrease in production volume due to the chip shortage, but we do see risks of a chip shortage,” Chief Financial Officer Kenta Kon said during a briefing.

Kon said Toyota had heard chip shortages globally might continue until the summer, though the situation might resolve itself earlier.

Asked about why the automaker is seeing limited impact compared with competitors, Kon said Toyota has been constantly providing its short-term and long-term production volume plans to suppliers.

The automobile industry has been grappling with a chip shortage since the end of last year, which has in some cases been exacerbated by the former U.S. administration’s sanctions on Chinese chip factories.

But the maker of the RAV4 SUV crossover and Prius hybrid said it expects to sell 9.73 million vehicles this year, up 3.3% from a previous forecast of 9.42 million yet still down from last year’s 10.46 million.

“The fact that Toyota isn’t largely affected by the chip shortage now is an encouraging catalyst,” said Hideyuki Suzuki, a general manager of investment research at SBI Securities.

The automaker now expects the yen to trade at 105 yen against the U.S. dollar, versus a previous forecast of 106 yen.