Intermittent fasting diets may add years to your life: study

Hoping to rid yourself of unwanted belly fat? If your diet involves intermittent fasting — abstaining from food for several hours at a time — it may be hindering your progress in shedding fat around this area of the body, suggests the findings of a new study.

In the study conducted by researchers with the University of Sydney in Australia and published earlier this week in the journal Cell Reports, researchers found that visceral belly fat — the fat tissue surrounding organs, including the stomach — is particularly resistant to releasing energy during intermittent fasting. In other words, this type of fat goes into “preservation mode” to protect its energy in anticipation for the next period of fasting, possibly making it more difficult to bust unwanted belly fat.

For the study, conducted with mice, the researchers “examined fat tissue types from different locations to understand their role during every-other-day fasting, where no food was consumed on alternate days,” per a news release on the findings.

They found that two types of fat, visceral, the type mentioned above, as well as subcutaneous fat, which is found just under the skin and is associated with better metabolic health, “undergo dramatic changes during intermittent fasting,” said Dr. Larance, senior study author, in a statement.

During a fast, fat tissue acts as an energy source for the body by releasing fatty acid molecules. In the study, however, the researchers found that visceral becomes resistant to this energy release during periods of fasting, suggesting that visceral fat “can adapt to repeated fasting bouts and protect its energy store,” Larance said.

“This type of adaptation may be the reason why visceral fat can be resistant to weight loss after long periods of dieting,” he added.

Mice were used in the study because their physiology is similar to humans. However, their metabolism is much faster, which better allowed the researchers to observe changes in a quicker amount of time, compared to if they had conducted a human trial.

MOST AMERICANS FEEL OLDER THAN THEIR BIOLOGICAL AGE, STUDY CLAIMS

The researchers used specialized instruments to examine “more than 8,500 proteins located in fat deposits, creating a catalogue of changes that occurred during intermittent fasting, using a technique called proteomics,” or the study of all proteins, per the release, which adds: “It was via proteomics that the research team were alerted of major cellular changes caused by intermittent fasting and, after further analysis, highlighted the visceral fat’s preservation mechanism in action.”

It’s important to note that the study focused on alternate-day fasting, with Larance warning the findings “may not apply to different diet regimes such as the 5:2 diet (fasting 2 days out of 7) or calorie restriction, which is common in people wanting to lose weight.”

That said, “the results lay the foundation for future studies, which will dissect the molecules responsible for why visceral fat is resistant to energy release during fasting, and help determine what diet plans would be most beneficial for metabolic health.”

“Now that we’ve shown ‘belly fat’ in mice is resistant to this diet, the big question will be to answer why, and how do we best tackle it?” questioned Larance, noting that more studies on this topic are needed. 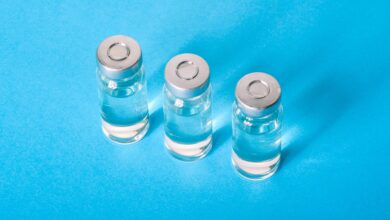 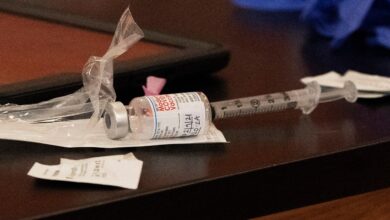 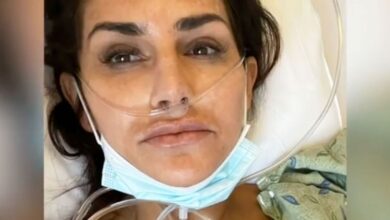