Before Hurricane Sandy, Nhi Mundy had a good life in the financial district with her family. She and her husband, Michael Mundy, were raising three children while he worked as a photographer and she partnered with him to start “An Afternoon With,” a blog that featured intimate images of individuals and families in their homes.

Then the extraordinary storm flooded their two-bedroom apartment. New owners bought the building, made repairs and raised the rent by nearly 30 percent.

“We had to let go of our lives in the city,” Ms. Mundy said.

The family relocated to Jeffersonville, N.Y., in the Catskills, about two hours north of the city. They got a dog, they got a cat and chickens, and they settled into a rural existence, still missing much of what they had before the storm.

“My husband and I had always lamented that New York City prices were absurd, especially for artists,” she said, “We figured the only way prices would come down again was if another disaster hit.”

“After the pandemic it was like, ‘Oh, my God, I need to see people.’ So, we thought maybe we should figure out a way to come back.”

She started peeking at rents in the city, just to get a sense of the prices. “My husband contested it at first,” she said, laughing. “He thought I was leaving him or something — kidding, not kidding.”

But even he was intrigued when more bargains started popping up in the early days of the pandemic.

“I grew up in New York,” Mr. Mundy said, “so I realized it could be like coming home.”

At one point, they came across a tempting large studio with big windows and lots of light. It was rent-stabilized, which meant they knew with confidence that they wouldn’t be paying 30 percent more when the lease expired. The only catch for Ms. Mundy and her husband was that it was on the Upper East Side.

“As die-hard downtowners,” she said, “We were considering the Upper East Side sort of begrudgingly for two reasons. One, because real estate downtown is crazy — it’s just very expensive. And then because the Upper East Side is where a lot of good public schools are. At one point we realized private school upstate would cost as much as an apartment in the city.”

Shortly after the apartment came along, Ms. Mundy was accepted into a creative-writing program at Columbia University. “It all sort of fit into place and made sense to have this sort of dual lifestyle,” she said.

“Because the space is small, we can live together, the three of us — or the five of us — but it’s not comfortable. Having two people at a time is a good comfort level. Three is pushing it. So, my marriage has adopted a kind of part-time status. Most of the time, I spend Mondays through Thursdays here with Quyen, and my husband comes down to stay with them Thursday and Friday.”

The family tries to spend time together on the weekends, usually upstate at their home in Jeffersonville, but it always depends on their busy schedules.

In addition to her schooling and work as a publisher, Ms. Mundy is also a restaurateur who runs three separate locations of a Vietnamese eatery called Bā & Me — two upstate and a third in the Poconos. Her husband recently bought a book for her entitled, “How to Sit,” because, as she said, “It’s something I have a hard time doing.”

New Venture: In addition to publishing “DVEight,” a magazine featuring arts and culture in upstate New York, Ms. Mundy launched a second magazine in April called “Upstate Woman,” focused on celebrating modern rural women in New York and beyond. “When I moved upstate,” she said, “I realized there was very little literature for people like me, people who’ve come as transplants.”

Golden Handcuffs: Ms. Mundy is grateful for the success of her restaurants but wishes for more freedom from them, too, so she can work on other projects. “Because of the restaurants,” she said, “I’m able to have the magazines, I’m able to have this apartment. It’s a blessing and a curse. I want to be a good businesswoman but there’s a creative side of me that wants to be happy, too.”

It was hard fitting so much of their lives into a studio after stretching out in a three-story house on three acres in the country.

“Right after we signed the lease,” she said. “I immediately went to work in my mind, organizing and compartmentalizing the apartment so that it could work for everyone.”

There’s the loft that she says serves as a “mini-bedroom” for Quyen — and their siblings when they’re around, too. A ladder used to lead up to the loft, but Ms. Mundy replaced it with a small staircase and added a shoji for privacy. A Murphy bed hides behind curtains, and a twin air mattress is nestled under a love seat. The apartment is a study in space-saving strategies — and still, there’s often not enough room.

“Because it’s such a small space, and Quyen and I are both going to school,” Ms. Mundy said, “sometimes I have to stay back at Columbia and study at the library to give them their own space to study in peace at home.”

For his part, Mr. Mundy enjoys getting to feel the pace of the city again. “The country’s great,” he said, “but I’m all about people, and it’s great to be around so many people doing interesting things and being a part of that energy.”

As for their 16-year relationship, the partial return to the city has been both reinvigorating and challenging for the Mundys. “In some ways,” Ms. Mundy said, “it’s annoying.”

“Commuting is hardly fun, sleeping alone is lonely, cooking for two isn’t as special as cooking for three or five people — the conversation just isn’t the same.”

But then there’s also that feeling of renewal: “When I do see my husband now, it’s almost like getting to know him again — a restarting of this marriage. It’s definitely created a new layer, a new interesting point for our relationship. In a way, it might even be for the better.”

For now, Ms. Mundy said, there’s no expiration date on her unconventional lifestyle.

“I don’t know how long I’ll stay here, but for now it’s serving a purpose and making me happy. I’d like to keep it this way for as long as I can.”

Is Starbucks Open on the 4th of July 2022? Here Are the Hours 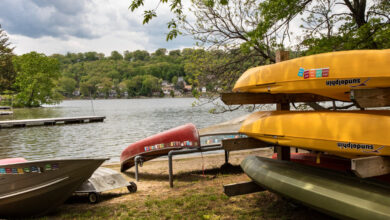 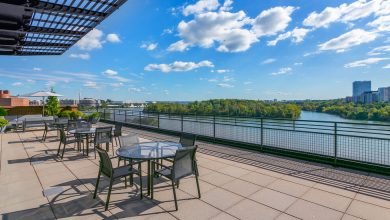 $2.5 Million Homes in Illinois, the District of Columbia and Arizona 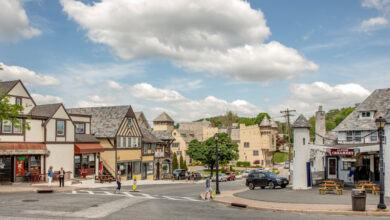 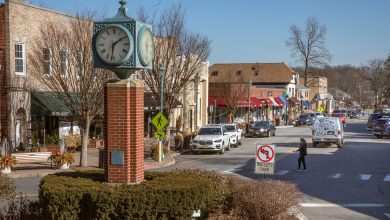