Britain’s Health Secretary Matt Hancock said in an interview Wednesday that the 2011 movie “Contagion” helped to influence his approach on how best to roll out the COVID-19 vaccine in the U.K.

Hancock was a guest on Britain’s LBC and talked about his decision to order enough vaccines to inoculate every adult in the country. He pointed to the film and said he remembered that some of the greatest challenges the characters faced came when they were considering who to innoculate first.

He said he eliminated that concern by insisting that the country order “enough for every adult to have their two doses.”

“But also, we asked for that clinical advice on the prioritization very early, and set it out in public so that there was no big row over the order of priority,” he said.

The Independent newspaper first reported on the interview.,

Vaccine supply is a sensitive issue in the European Union, which is unhappy that AstraZeneca cut back on the number of doses it plans to supply the EU with in the near term.

The company said last month that it planned to cut initial deliveries within the EU from 80 million doses to 31 million doses due to reduced yields from its manufacturing plants in Europe.

Hancock clarified that he would not say the Steven Soderbergh flick was his “primary source of advice on this.”

Sensex Recovers Over 500 Points From Day's Low; SBI Rises Ahead Of Earnings 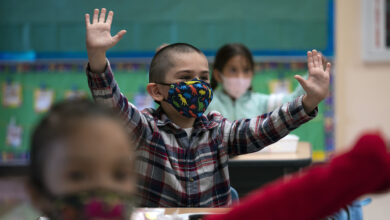 Masks recommended inside schools for anyone over age of 2: American Academy of Pediatrics

Stillbirths, maternal deaths up by one-third amid pandemic: study