Imagine your child is dying. There’s a drug that promises hope, promises to stop your baby’s illness dead in its tracks. But this dream medicine is out of reach because it costs around $2 million, depending where you live.

This is the story of many of parents of children with Spinal Muscular Atrophy (SMA), a rare motor neuron disease. Between one in 6,000 and 10,000 children born have the disorder in some form. More than two-thirds of diagnosed with the most common and serious derivation, SMA1, die before the age of 2, if left untreated — and treatment is complex.

A new miracle gene therapy called Zolgensma is the most expensive medicine in the world.  If you live in the United States and have good health insurance, you are probably covered. Certain European countries like Italy make Zolgensma available to very young babies. But what if you live in Russia? Or other countries that have yet to approve it?

Parents are going cap in hand, desperately trying to raise $2 million to buy the one-dose medicine for their children. In the case of Russia with its fallen ruble and political isolation, the sum is even more eye-popping than in America. And unless the needy Russian child is a friend of yours, you might be reluctant to help out if you live in a Russia against what some say is a backdrop of deep-seeded suspicion.

“Unfortunately in Russia and comparing to American society and even to European society, to a large degree, the level of governmental help on that issue and the general culture of fundraising is very, very behind,” Yulia Astrakhan told Fox News. The Russian-born mother of one, soon-to-be mother of two, lives in Italy now but her heart went flying home when she learned a childhood friend’s baby, Ruslan, had SMA and was told he’d die if he didn’t access Zolgensma before he turned 18 months. Astrakhan joined the frantic race to help Ruslan’s family raise the funds for Zolgensma. They managed to pull it off in the nick of time. There were no big oligarch donations.

“It was composed of sums that were donated from pensioners, working mothers or mothers on maternity leave and receiving marginal help from the government,” Astrakhan said.

It’s not just about opening a GoFundMe page, she said, but rather finding a way to hitch your star to an influencer, someone with “followers.”  This fundraising effort constitutes a full-time job on top of caring for a baby on death’s door.  And a lot of Russian families are in this boat.

“I really don’t know how they’re managing. The stress is immeasurable,” she said. Though heavily pregnant, Astrakhan is hooked on and into the network of families in need and is doing what she can to help them gather funds.

Anna Bezyglaya and Alexander Kulikovskiy of St. Petersburg are in the midst of that mad scramble right now for their baby boy, Matvey. (They call him Matveika.) They are trying to keep stable while they hold out hope of raising the money for Zolgensma.

“We know at some point this will be over and then we can just dedicate ourselves to taking care of our baby, but it’s important to get that drug,” Anna Bezyglaya told Fox News. They are at 40% of their goal, raised between Gofundme and other donations. They don’t have a lot of time.

It’s early to know what sort of life Matveika can realistically hope to live if he manages to get a shot of Zolgensma. But it is the one drug out there that halts the progress of the disease as it replaces a missing or broken gene in children. The other therapies treat symptoms and effects and need to be administered over a lifetime.

“It’s medicine that saves a life,” Astrakhan says of Zolgensma. “To put a $2 million price tag on a life is rather inhumane.”

The maker of the drug Novartis told Fox News over a billion dollars was put into developing Zolgensma and explains that if you look at the long-term picture, its treatment is actually less expensive than the alternatives. “Currently, chronic therapy for SMA can cost health care systems tens of millions of dollars over a patient’s lifetime,” a spokesperson said in a written statement. “And we are confident that Zolgensma has the potential to reduce long-term financial burden on patients, families and health care systems by replacing repeat lifelong therapies with a single treatment.” Novartis has a lottery to get Zolgensma free of charge to about 100 kids each year. But there are a lot more lined up.

Dr. Antonio Varone is head of pediatric neurology at Santobono Hospital in Naples, Italy, which now offers Zolgensma to patients who qualify. The state picks up the tab. Varone is not convinced Zolgensma is for every patient with SMA who comes through his doors.

“We shouldn’t say it’s the best hope. We should say it’s another hope. Another therapeutic option to add to what we already have,” he tells Fox News. He has just treated his first patient with the new gene therapy and has six others waiting.

Varone has been in this game for a while and said the playing field had really changed in recent years in terms of new medicines for SMA, which gives him tremendous comfort.  Zolgensma may be the one with the potential to really work a real miracle and reverse the disease rather than manage it.  But other new drugs that treat the symptoms, he says, are at least improving quality of life in ways that were unheard of in the past.

“In the ’90s it was said there is nothing to do for these kids. I remember them well. … They had trouble moving and breathing … swallowing. But they had the capacity to look at you, to smile at you, to communicate. How could you do nothing for these kids? We can’t talk about life having an economic value,” he said about the whopping price tag on Zolgensma. He said he is focused on doing everything he can for his patients and their families, whatever it takes.

Meanwhile, Matveika’s mother, Anna, is not bitter despite the fact that Zolgensma is, for now, out of their reach.

She said, “I am grateful that the producers made such a medicine to which nothing in the world compares. They probably deserve to charge that money, but when I first heard what it costs, I couldn’t believe that medicine could cost so much. How could that be when the lives of humans, of babies, depends on it?”

Like many parents of SMA babies, she and Alexander had never heard of the condition.

She urged prospective parents to get prenatal testing. The earlier the discovery and intervention, the better the chances are for the child.

Vicki Choi contributed to this report.

Fintech stays hot, Brex doubles, and startup IRR is up all over – TechCrunch 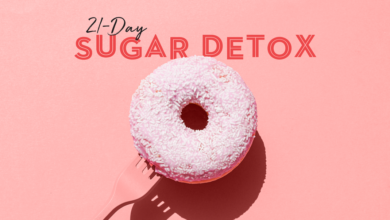 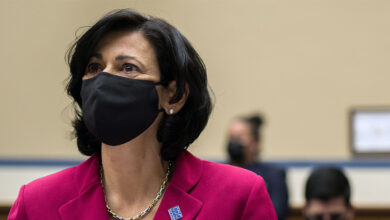