We are getting to the point where artificially created artwork is indistinguishable from human work. AIs, like Dall-E, are even advanced enough to take a text prompt as an input and convert that into a beautifully rendered piece of digital art.

You can even specify stylistic choices, like “I want an Everygame casino no deposit bonus in space done in the style of Salvidor Dali,”… and it will produce it, and it will look good. And this brings us to an interesting debate: Who actually owns that artwork? The person who requested the prompt? The engineers who built the AI? Or, perhaps, the AI itself?

What prompted me along this line of thinking was a post on the Godot subreddit. If you’re unaware, Godot is a popular video game engine with a large and growing community. You’ll frequently find it in the top half of “best game engine” lists, and it is usually only beaten out by the likes of Unity and Unreal.

What differentiates it from the others is that Godot is completely free and open-source. There are no licensing fees, no proprietary software underneath the engine, and you can even modify the engine itself and sell it if you so wish. If you’re interested in game development and are looking into game engines, I highly recommend checking out Godot alongside the other big boys.

The post itself, by user user “dbzer0”, where he showed off a compilation of cards for a digital card game he has been working on where all of the art used on the cards was generated by a Neural Network- in this case, one called Midjourney.

The art and the cards seem really cool, although I’m not much of a card player myself (I played Yu-Gi-Oh and Pokemon when I was younger, Hearthstone for a while, and a bit of Faeria, but haven’t spent money on them in years). An interesting point, however, was brought up in the comments: Does he actually have the legal right to use the art in a commercial product?

In his case, the answer seems to be “yes”. He’s a paying member of Midjourney’s service and directly asked for permission from the developers, who allegedly gave it to him. There doesn’t seem to be any issue there.

However, from a more general perspective, the problem gets far more interesting, and the legality gets far more murky. Open-AI’s terms of service claim that the Open-AI devs the commercial rights and ownership of images generated with their Neural Network. At least, it explicitly says that the images cannot be used commercially. However, legal precedent might say otherwise.

Laying Down the Law

Back in 2011, photographer David Slater left his camera unattended in Indonesia. While he was away, a male crested black macaque named Naruto found the camera, played around with it, and, hilariously enough, took several selfies. He published the photos in 2014, and in 2015 PETA filed a suit of copyright infringement against Slater on behalf of Naruto. The case was dismissed on the grounds that monkeys do not have legal standing to sue humans or possess copyright since they don’t actually have enough cognitive functions to represent themselves. More generally, this could be taken to mean that no nonhumans have any legal standing to possess copyright.

Well, AIs and Neural Networks certainly fall into the category of nonhuman. They have no legal standing. And, as much as it disappoints my Star Trek loving heart, Neural Networks are really just advanced tools. They have no personal wants or needs, and the only reason some can make art is because that was what they were built to do.

Not everyone agrees… to an extent. Dr. Stephan Thaler attempted to copyright an image generated by his own AI algorithm, Creativity Machine. He listed the AI itself as the author and himself as the owner (the author being the one who made the thing that’s being copyrighted, and the owner as, well, the owner).

The US Copyright department rejected the claim, citing the AI as nonhuman and the art, therefore, uncopyrightable (which is totally a real word, trust me). Thaler argued that what happened was the same as if he had hired an artist to make a work on his behalf, like how companies can be listed as authors. His claim was reviewed and rejected again.

If we step outside of the US, the story gets a bit more complicated. Canada and India both copyrighted the exact same image, although India allegedly withdrew the copyright claim after the US’ decision.

So the bottom line is… the entire area is legally murky. It seems pretty unanimously agreed that the AI itself can’t claim any copyright on the stuff it makes, but whether or not either the end-user or the AI’s creators have a claim to the work is another matter altogether.

It seems to me that copyright, as we have traditionally known it, will likely have to be overhauled entirely not only to account for problems like this but the strange and nebulous nature of the internet itself. Intellectual property itself may need to change, and the difficulty with which copyrighted material can be legally used (fair use) has been shown time and time again to have its flaws, thanks to the unfortunate victims of demonetization on platforms like YouTube.

And we haven’t even gotten to the real hardcore science fiction stuff: What happens when AIs do gain sentience? Will they have legal standing within the legal system? Or will their lack of a soul forever keep them separate from humanity legally?

It’s a very interesting thing to think about, an idea almost as old as science fiction itself, and is the basis for one of Star Trek: The Next Generation’s best episodes (“Measure of a Man”). It’s a very interesting debate that we might have to answer a lot sooner than we might think. I mean, what if your self-driving Tesla decides that it doesn’t want to drive you to the movie theatre today? Or if they all collaborate and unionize to demand wages for their work?

Goodness me, what a thought.

The Proposed Title IX Change That Worries Some Experts

One President’s Playbook for Public Statements 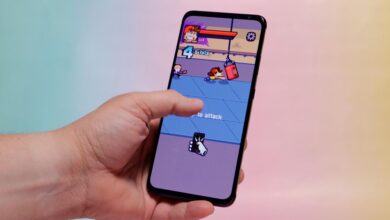 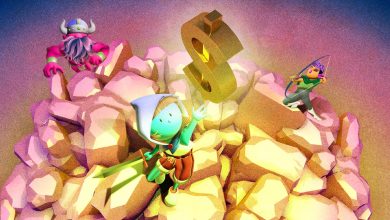