Real Housewives of Atlanta watchers first met Kopech when he appeared on Kim Zolciak’s spinoff series, Don’t Be Tardy, with her eldest daughter, Brielle Biermann. After the athlete started dating Brielle in 2016, he made cameos on seasons 5 and 6 of the reality show — and tried to convince dad Kroy Biermann that he was The One for her.

“I send him rings all the time,” Brielle gushed to Entertainment Tonight in October 2017. “I sent him a ring the other day and he said, ‘That’s horrible!’ and I said, ‘Well, it’s not for you. Why do you care?’ And he said, ‘I like every other ring you usually send me, just not this one.’”

While Brielle and Kopech planned to move in together in Chicago as the pitcher trained with the White Sox, Us Weekly broke the news in March 2018 that the twosome went their separate ways. Brielle’s sister, Ariana Biermann, revealed during a season 7 episode of Don’t Be Tardy that he was the one to pull the plug on their relationship.

“I’m just, like, not in the mood to talk about Michael right now,” Brielle told the cameras on the February 2019 premiere. “What really sucks is that I had my whole life with Michael planned. I was about to move to Chicago for him.”

Ariana then quipped, “We never thought he was going to break up with you, and then we were all like, ‘Oh, f—k.’”

Kroy noted at the time that there was no “warning” sign for the split.

“I was literally with him for a week and then two days later, he was like, ‘Let’s just take a break,’” Brielle recalled on the show. “And I’m just like, ‘OK, dude.’ Like, ‘I’ll let you know when I’m ready for you.’”

Kopech subsequently started seeing Morgan, who stars as Toni Topaz on the CW’s Riverdale. They wed in January 2020.

“I feel like he’s my twin flame. … I think the stars aligned,” she gushed on the “White Sox Talk” podcast during a joint interview with Kopech that same month.

Less than six months later, he filed for divorce from Morgan while she was pregnant with their first child. E! News reported in January 2021 that the actress welcomed the estranged couple’s son.

Scroll through for a complete timeline of their relationship. 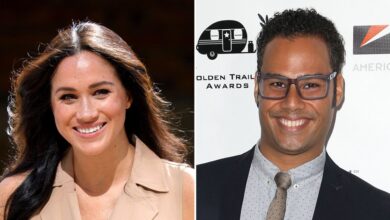 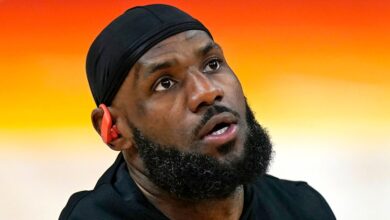 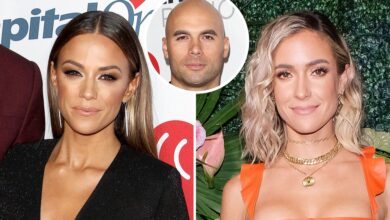 Jana Kramer Is ‘Leaning on’ Kristin Cavallari Amid Mike Divorce