The fall college-tour season is here once again. And for many prospective students — especially those who are first-generation and unable to travel — that means scouring institutions’ websites and social media to find the right fit.

Virtual tours gained momentum as a way for colleges to introduce themselves remotely to prospective students when Covid-19 shut down campuses last year. But the definition of such tours varies considerably. At some colleges, it might be a three-minute YouTube video or a Google Maps page with building markers. At others, it’s a more interactive experience on platforms like YouVisit, where a user can get 360-degree views as an enrolled student, clad in college apparel, talks about campus history and culture. Still other colleges offer live virtual tours or information sessions students can sign up for.

Yet prospective students using those tools say they often leave much to be desired. And Jeff Kallay, a campus-visit consultant for more than 15 years, agrees.

Too often, such virtual experiences are more about colleges’ touting their “best buildings” and their “best-looking students” than trying to learn about and appeal to prospective students, he says. “It is institution-centric, it is not designed for the end user. … We have to ask the students what their needs are, and what their wants are, and then craft.”

That will be important even once the pandemic is under control, given changing student demographics. Ffiona Rees, board chair of the National Association for College Admission Counseling, says colleges should invest in connecting with students who are unable to travel for health, financial, child-care, or other reasons.

Especially from an equity standpoint, incorporating virtual tools into recruiting offers “significant benefits,” she says. “Virtual allows students to look at a much broader range of colleges, as far as size, as far as type, as far as geographic location.”

Colleges are taking notice. YouVisit, for example, is fielding more inquiries daily from interested institutions than it used to field in a week, and has added more than 160 colleges to its client base since the pandemic began, according to a spokesman. An Inside Higher Ed survey of 206 admissions officials in August found 76 percent assumed some or many students would continue to watch videos in place of visiting campuses.

The Chronicle recently interviewed first-generation students about what they’ve liked and disliked about existing virtual tools. Their answers revealed a need for more human interactions, real-time Q&A opportunities, insights into the surrounding community, virtual sessions spotlighting clubs, and translation services, among other things.

Here’s what each had to say:

While Caravantes plans to stay in California, not all of her options are nearby — the University of California at Los Angeles, for example, is six or seven hours from home — and traveling to see them in person isn’t an option. Caravantes has a 6-year-old sister and an 8-year-old brother her parents must attend to; her mom and dad also work long hours at a local grocery store. Sometimes, her father rises before the sun to get there at 4 a.m. and works until 4 p.m.

Her college search, then, has been all online. She prefers some virtual tools to others: In her experience, Google Maps “doesn’t show you much,” she said. YouTube videos might if they’re longer than a few minutes, though she wonders if she’s getting a complete picture. Platforms like YouVisit, which allows her to roam around a 3D map of a campus, have been the most helpful, especially in discerning the flow and walkability of a campus, she said.

Still, Caravantes would like to see many more elements. She wants tours to note what’s off-campus: Is there a downtown area? A grocery store within walking distance? A pharmacy?

“A lot of students, if you’re going far away, you’re on your own, and you want somewhere where if you need something quick, you can have access,” she said.

As a student whose parents didn’t attend college and aren’t fluent in English, Caravantes said she’d also like to see more virtual resources offered in Spanish or other languages, or with subtitles, so parents could be more involved.

Luu is considering colleges both in state and out of state, including Florida, Oregon, and Texas. She isn’t able to visit those campuses in person, though, because of Covid-related safety concerns and financial constraints.

“Even if we don’t have Covid, I don’t think I would go because my family couldn’t just pay for me to travel around the United States to just visit colleges,” she said. “We don’t have that money.”

What Luu cares about most as she’s researching colleges is getting questions answered about financial-aid options; her parents can’t pay for her college education, and she’s determined to graduate with minimal student loans. Unlike her more-affluent peers, “I don’t really have the luxury of being like, ‘You know what? I like the vibe of this college, maybe I’ll apply here,’” she said.

Live virtual tours haven’t been particularly helpful, she said. Luu recalled signing up for a one-on-one tour, “expecting someone to be there for me, but it was a prerecorded, 30-minute video … there was a chat box, but they weren’t talking at all,” she said.

She’s found a bit more success with virtual information sessions, but still feels presenters could be more forthcoming with details about how they support low-income students financially. “There’s not much clarity unless I’m the one asking,” Luu said. “They’ll say something like, ‘We give lots of scholarships,’ and then move on to the next topic about how great this school is.

“But then I’m like, ‘Wait a second. What kind of scholarships? Can you talk more about that? How do you qualify? What are you going to judge me on?’”

Quizhpi is looking largely out of state, to Massachusetts, New York, and Pennsylvania. But the cost of travel, paired with her own commitments — extracurriculars, volunteering at church, and helping watch her 12- and 1-year-old sisters — means an in-person visit isn’t feasible.

Going to a college that has a tight-knit community and feels like home is important to Quizhpi. She’s been disappointed, she said, when she logs on to live virtual tours and gets a slideshow presentation instead of the chance to shadow a student who’s actively walking around the campus and popping into classrooms.

If tours like those aren’t possible, Quizhpi emphasized that something as simple as enthusiasm would go a long way. She’s still thinking about a recent live virtual tour of one university in which a student ambassador fangirled about one of their annual campus events. “She was talking about strawberry cakes — gluten, vegan, no nuts — and she just kept on going. And it was funny,” Quizhpi said. “She was showing the enthusiasm for us. And it made me really happy.”

Quizhpi also said that she’d love to see additional live virtual sessions that feature departments. She often digs through college websites to learn more about what majors are offered through which departments, which professors are teaching those classes, and what their research interests are.

“Students have a variety of ideas of what they want to major in” that can’t be addressed in the main virtual events, she said, so “I would find that really useful.”

Ruiz Parra enrolled at Pomona College from Austin, Tex., wanting to “get out my bubble, get out of my comfort zone,” he said. Part of what ended up sealing the deal for him on Pomona, in particular, was its virtual “fly-in” program, a two-day event that connects prospective students directly with professors and enrolled students.

When researching other colleges, Ruiz Parra said he had mixed experiences with their virtual resources. He thought interactive tools that allowed a student to drag a mouse around a campus map while a tour guide narrated were “super-cool,” though he noted that views were often limited to the outside of buildings. And while some live virtual tours on Zoom were small and engaging, with breakout rooms, others were packed, with participants’ cameras shut off — something that “distracted me,” Ruiz Parra said. None, he added, were tours with a person actually walking around the campus in real time (they were slideshows).

Like Quizhpi, what Ruiz Parra felt was missing the most was a sense of colleges’ communities — a deciding factor in where he would attend.

That’s hard to capture virtually, he acknowledged. But he thinks adding topic-specific virtual sessions, like events hosted by campus club members, could help. “In order to show community, you have to show a small representation of different communities within it,” he said. “And clubs are just that.”

Barrera didn’t have the benefit of virtual tours in 2018, when he was in Utah eyeing colleges on the East Coast. And in-person visits were out of the question — on top of cost, his parents, who are undocumented, couldn’t fly with him.

“I wouldn’t have had the courage to go by myself to a different city just to view a college,” he said.

Instead, Barrera recalled watching YouTube videos and student Instagram takeovers, hoping to learn more about campus diversity and which colleges offered support services such as mentorship programs, mental-health resources, and scholarships. Looking back, he wishes he’d had access to live virtual tours like the one he now helps host at NYU.

The tours are well attended, Barrera said, with about 70 people on average. And he’s noticed the groups tend to be “a lot more diverse“ than the in-person tours he hosts.

“These virtual options are better at reaching first-generation students and students from low-income backgrounds,” he said. If colleges “really want to promote diversity … put some action behind it. Keep this channel open.” 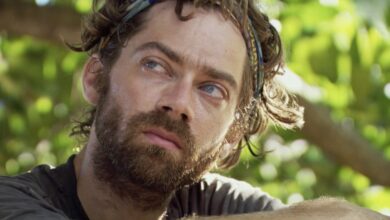 He Survived ‘Survivor.’ What About the Academic Workplace? 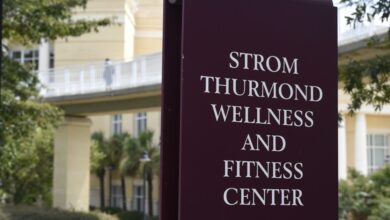 U. of South Carolina Wants to Rename Buildings. State Politics Will Stop It. 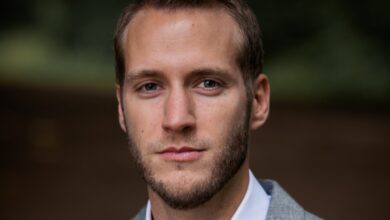 Scholar Who Claimed He Was Fired for Speaking Out Settles With U. of Mississippi 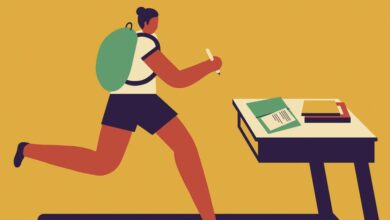 Black Borrowers Have Been Excluded From the Student-Debt Conversation, Report Says