JERUSALEM — When the coronavirus pandemic swept through Israel, it upended Racheli Ohayon’s life in unexpected ways.

The 21-year-old phone center worker had questioned her ultra-Orthodox Jewish upbringing before but always stifled such thoughts by drowning them in even stricter religious observance.

Suddenly she was off work and under lockdown, her routines disrupted, holed up at home with seven younger siblings and plenty of time on her hands.

“When I had a lot of time to think, the questions flooded up again,” she said. “Suddenly, the rabbis didn’t know what to do. They aren’t doctors.”

She came to a decision that ranks among the most egregious offenses in the ultra-Orthodox world: She quit the community and took up a secular lifestyle.

As the virus has rampaged through Israel in recent months, it has shaken the assumptions of some in the insular ultra-Orthodox world, swelling the numbers of those who decide they want out.

Organizations that help ultra-Orthodox who have left the fold navigate their transition from the highly structured, rules-based lifestyle into modern Israeli society have noted a rise in demand for their services.

Experts attribute the departures to a breakdown of supervision and routine, a rise in internet use during the pandemic and generally more time for questioning and self-discovery.

“If they are not in their usual educational frameworks and are on the internet, meeting friends and going to the beach, that leads to a lot of exposure,” said Gilad Malach, who directs the ultra-Orthodox program at the Israel Democracy Institute, an independent think tank in Jerusalem. “They think of options they don’t think of when they are in yeshiva, and one of the options is to leave.”

For many, breaking away means being cut off by their families and leaving a tight-knit support system for an unfamiliar culture. In extreme cases, parents of offspring who leave sit shiva, observing the traditional mourning rituals as if they were dead.

While there is no comprehensive data on the scale of defections, Naftali Yawitz, who runs the division of the Labor and Social Affairs Ministry that helps fund those organizations, said there had been a “very significant wave” in recent months of both new leavers and more veteran ones seeking help.

One of those organizations, Hillel, which operates an emergency shelter with the ministry as well as rent-free, halfway apartments for leavers, has a waiting list for the shelter in Jerusalem, the first stop for many with nowhere to go. It has also noted a 50 percent increase in former ultra-Orthodox seeking help over the last year.

Out for Change, the other main organization, offered leavers the option of registering with the group for the first time last year, in part to help formalize their status in dealings with the authorities. Even though many are traumatized and conflicted by the break and reluctant to identify themselves, more than 1,300 signed up.

This was just what the ultra-Orthodox rabbis had feared and why some were so insistent on keeping their religious education institutions open in violation of lockdown regulations. In a letter calling for girls’ schools to reopen, Leah Kolodetzki, the daughter of one leading rabbi, said that in her father’s opinion “boredom leads to sin” and puts girls in “severe spiritual danger.”

Israel Cohen, a prominent ultra-Orthodox political commentator, played down concerns about the increasing flight from the ultra-Orthodox, known as Haredi in Hebrew, accusing Hillel, for one, of exploiting the health crisis to recruit more leavers with a publicity campaign. But he acknowledged that the Haredi leadership was afraid of losing control.

“There was a sense that the coronavirus caused not only physical harm, in terms of sickness and death, but also spiritual harm,” he said.

The pandemic has only accelerated a growing trend.

Even before the coronavirus crisis, the number of young adults leaving ultra-Orthodox communities had reached about 3,000 a year, according to a study by the Israel Democracy Institute, based on data up to 2018.

The desertions do not threaten the Haredi demographic clout. The more than one million Haredim account for over 12 percent of the population, and their high birthrate more than makes up for the numbers who are leaving.

Studies show that many leavers do not abandon Judaism altogether but are seeking more individualism and the ability to make their own choices about their lives.

But the deserters often find themselves in a netherworld, estranged from their families, community and the only way of life they knew and, lacking a secular education, ill-equipped to deal with the outside world.

Most Haredi boys’ schools teach little or no secular subject matter like math, English or science. Girls tend to study more math and English at school and go on to seminaries where they can learn certain professions like accounting.

After years of campaigning by activists, the Israeli government and the military recently introduced new policies recognizing former Haredim as a distinct social group, entitling them to special grants and courses to help them go to college, as well as funding for job training programs.

“These are strong people who left their comfort zone, where they had few choices to make and everything was clear-cut,” said Nadav Rozenblat, the chief executive of Out for Change. “If you chose to leave, it shows that you have motivation and backbone. It’s like being a new immigrant in Israel.”

The pandemic has also prized open the fault line between the Israeli mainstream and the ultra-Orthodox, who have been hit hard by the coronavirus and have been assailed by critics for their resistance to antivirus measures.

The battle over health and safety only compounded existing resentments. For years, officials and experts have sounded alarms that the rapid growth of the ultra-Orthodox population threatens the economy. About half of all Haredi men study Torah full time and subsist on government welfare. Most Haredi women work in low-grade jobs to support their families while also being primarily responsible for raising the children. Under a decades-old arrangement, most Haredi men avoid military service.

Those concerns have persuaded the government to offer financial incentives to young Haredi adults to forgo full-time study in religious seminaries, enlist for military service (an obligation for most other Israeli 18-year-olds), take academic or training courses to make up for the gaps in their education and to join the work force.

Under the new policies, those who left Haredi communities will be eligible for the same benefits, including educational and vocational programs offered to Haredi soldiers serving in special Haredi military units.

Similarly, the Labor and Social Affairs Ministry recently began defining ex-Haredim as a special category eligible to receive vouchers for vocational training courses, the same as those granted to Haredim.

The ministry is also planning to open a preparatory course for those hoping to pursue higher education.

“It’s not just about learning the ABC in English, but the social ABC,” said Mr. Yawitz, of the ministry. “It’s about how to speak to people. To learn from zero what is normal and what is not.”

Mr. Yawitz left the ultra-Orthodox world himself as a young teenager. Cut off by his family, he lived on the streets and was arrested at 17 for drug dealing before he was pardoned and rehabilitated. His personal struggle became the subject of documentary film.

Increasingly, though, the definition of ultra-Orthodox has become more flexible as the community frays at the edges. Some Haredim who have joined modern life have found options in some of the less rigid sects, allowing them to remain on the margins of the community rather than leave it altogether. Others live a double life, outwardly maintaining a strictly Orthodox lifestyle but secretly breaking the rules.

Dedi Rotenberg and his wife, Divan, discovered they were both closet doubters only months after they had been married in a match, the traditional method of arranged marriage in Haredi communities. About 15 months ago they finally moved out of Bnei Brak, the ultra-Orthodox city near Tel Aviv where they had both grown up, for a secular life in the south.

“There are a lot of things I still have to get used to,” Mr. Rotenberg said. “Slang, movies. At least once a week I hear my friends talking and I have no idea what they are saying.”

Ms. Ohayon had attended an ultra-Orthodox girls’ school where the only history taught was Jewish history. The school had computers, she said, but they were not connected to the internet. She had never been to see a movie, never worn a pair of jeans.

When she had to stop work because of the pandemic, she began testing the boundaries. She bought a smartphone and discovered new worlds of information and music through Google and YouTube. She joined her local library in Petah Tikva and started reading secular literature that had previously been off-limits.

One novel in particular, “The Sweetness of Forgetting” by Kristin Harmel, jolted her out of her cloistered world. The novel follows a Cape Cod woman’s discovery of her secret family history, which spans the Holocaust and three different religious traditions.

The exposure to new cultures, people and ideas had a profound effect.

“I grew up with a sense of the Haredim being special and different,” she said. “I discovered I’m not so special or different, that there are millions like me. That’s what suddenly made me say ‘That’s it, I’m leaving.’” 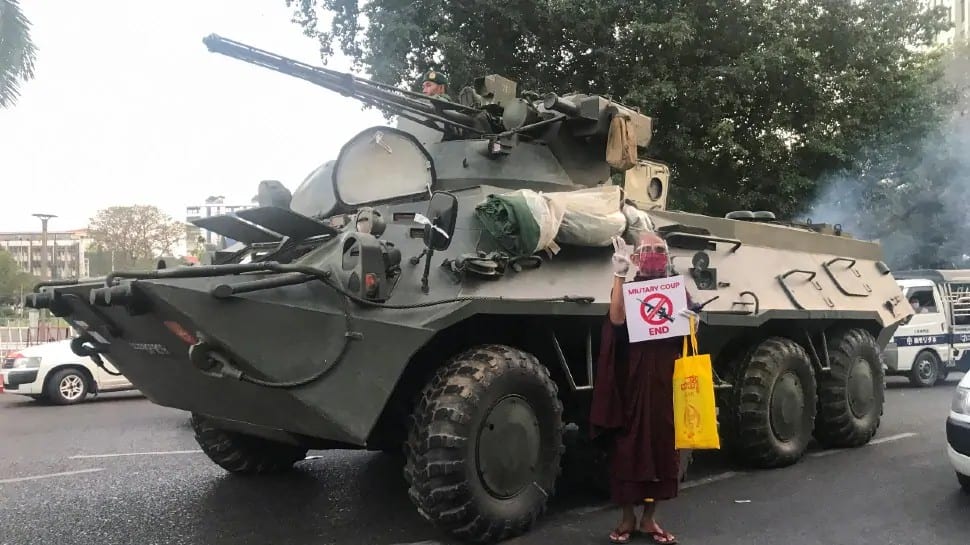 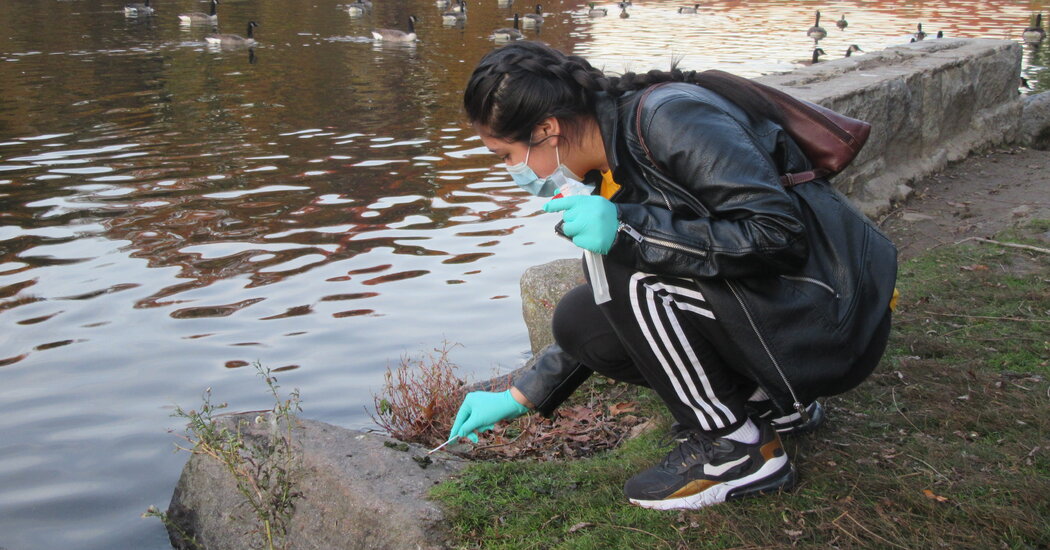 During one pandemic, students are training for the next. 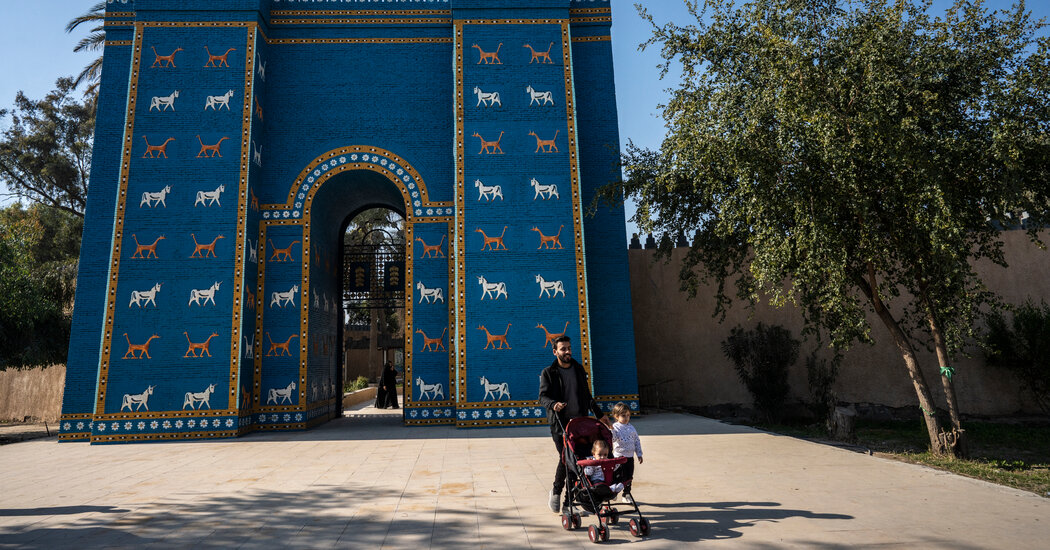