This has been a very different year in college basketball for all involved.

Not only have teams had to worry about their next opponent or game, but also about an opponent they can’t even see with the ongoing COVID-19 pandemic wreaking havoc across the college basketball landscape.

It has forced multiple postponements and cancellations as well as causing teams to play either down critical players or to compete out of extended breaks without adequate practice time to prepare.

West Virginia is recently removed from a two-week absence from the court due to issues with COVID-19 in the basketball program. That forced the Mountaineers to postpone three games on the road at Baylor and home contests against TCU and Oklahoma State due to the issues.

To date, only the Baylor game has been rescheduled from the experience which left the Mountaineers at the time with only four unaffected players on the roster.

The next opponent on the schedule, Iowa State, recently dealt with issues of their own related to the virus as it forced them away from competition for over a week in late January.

“They got hit with the COVID-19 thing like everybody else did and played with a shortage of players,” head coach Bob Huggins said. “I think they’re back to full strength now.”

Battling the virus and what comes with contact tracing is difficult enough, but then you have to deal with fatigue and being away from the game for a period of time when things finally do resume.

Huggins has already mentioned that junior forward Emmitt Matthews lost over 15-pounds and junior forward Derek Culver has taken some time to get his legs back underneath him.

“That’s been an issue conditioning wise. I thought we were so much fresher when we could substitute,” Huggins said of his team.

It’s just been another challenge in a season full of them both on the court and away from it.

“I can’t explain to you what a confusing year it’s been. We had guys out, they come back. They’re in terrible shape and they can only play so long. I think we got accustomed to taking plays off because they had to because they were tired,” Huggins said.

The trip to 2-9 Iowa State will be the final game before a brutal 15-day stretch where the Mountaineers will play six ranked teams. That schedule includes a home game against Kansas, a road trip to Texas Tech, a home game against Oklahoma, then a home-and-home with Baylor before closing things out with a road game at Texas. It will be a good indication of where the Mountaineers stand.

But first up is taking care of business on the road and bouncing back after a difficult matchup against Florida where the Mountaineers let a first half lead get away for the fourth time in five losses. After the game, Huggins criticized his team’s desire on the defensive end.

“I’m not a witch doctor and I’m certainly not a cardiologist so at some point in time maybe they ought to get tired of losing these games,” he said. 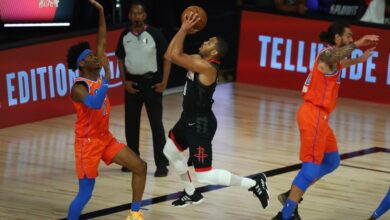 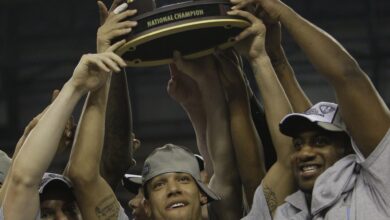 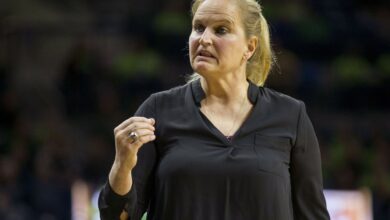 Fordham athletics on pause because of virus outbreak