A 1966 waterfront house with four bedrooms, three bathrooms and a private beach and mooring, on a 0.53-acre lot

The sellers bought this property in 2009 as a primary home, so their three sons could grow up on the water, with sailing, kayaking and water skiing just outside their door. It is on an inlet of Long Island Sound called Holly Pond, two miles southwest of downtown Darien, where there is commuter train station. (A second station, in the Noroton Heights neighborhood, is about a mile north.) Weekday morning travel time to Grand Central Terminal takes 62 to 75 minutes. The children walked to the local elementary school and rode their bicycles to local beaches and tennis courts. The house has had no history of flooding but is in a FEMA zone that requires flood insurance.

Indoors: In 2016, the sellers opened the kitchen to the family room by removing walls and relocating a bathroom. A two-story addition on the back created a large downstairs mudroom with storage and an upstairs office overlooking the water. The garage received a second floor that was used by the children as a hangout room. The sellers moved the laundry room to the second floor to be near the bedrooms. They also replaced the roof, windows and exterior siding (including the cedar shingles) and updated the heating system to include three energy-efficient heat pumps.

The front door is tucked under a covered porch next to the attached two-car garage. To the right of the entrance is a formal living room with original oak floors and a fireplace; to the left, a dining room with the same floors, slim chair-rail and crown molding, and a bay window.

The combined kitchen and family room extends across the back of the house, with a wall of windows overlooking the sound and sliding-glass doors opening to a rear deck. The white kitchen cabinets are topped with quartz, and the island contains an induction cooktop. There is also a double wall oven, as well as two pantries. The family room includes a wood-burning fieldstone fireplace with a wood-slab mantel, and a wall of open bookshelves. Throughout, the flooring is white oak. The new bathroom off the kitchen includes a shower for rinsing off after water sports.

The mudroom, which is supplied with wall hooks and cubbies, serves as a rear point of access and also connects the house to the garage. A rear staircase ascends to the 21-by-22-foot hangout space, which flows into the windowed office.

Reached by a front staircase off the foyer, the four bedrooms include a 13-by-20-foot primary bedroom with an en suite bathroom that has double sinks, a toilet and shower room and a walk-in closet. The additional bedrooms share a bathroom with double sinks and a combined tub and shower. 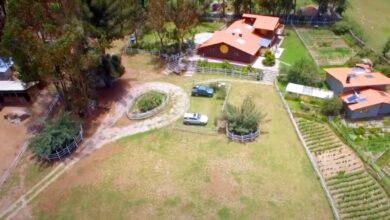 House Hunting in Peru: An Eco-Compound in the Andes for $1.6 Million 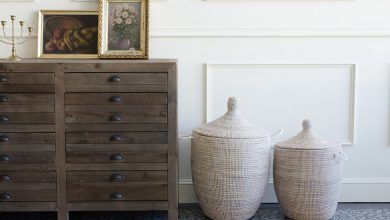 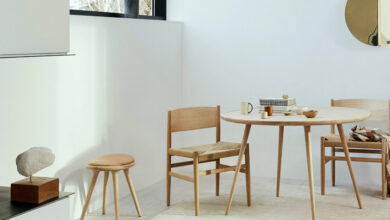 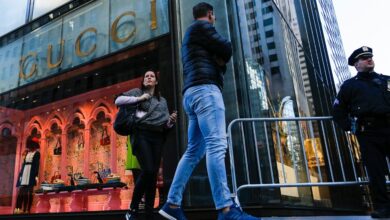