I don’t know why, but I’ve been getting lots of questions about Matt’s game room lately. Why doesn’t Matt have a game room anymore? Where does he play his video games?

Matt loves video games. He’s been a gamer since long before I met him, and he has accumulated all kinds of gaming systems, from the earliest gaming systems to the most recent. In all, he probably has 24 gaming systems that are currently packed away, and two that are always hooked up and ready to be used.

When we first bought this house, we had three bedrooms. We determined that one would be the master bedroom (obviously), one would be my office, and one would be his game room. That looked something like this…

But my goodness, how things have changed over the years! Since then, the garage was turned into my (still unfinished) studio…

The bedroom marked “Kristi’s office” has been turned into the guest bedroom, which we’re currently using as our main bedroom…

(That’s an older picture. I just realized I don’t have any recent pictures of the tub/mural/water closet area now that the side wall is finished.)

And what was Matt’s gaming room is now going to be our home gym.

So where does that leave Matt’s gaming room?

I feel like when some people hear that, their immediate reaction is, “Oh, poor Matt!” I’ve gotten the distinct impression over the years that some people seem to think that I rule this household with an iron fist, and poor, helpless Matt is left defenseless against me bulldozing over him with my plans, leaving his wants and desires on the cutting room floor.

Nothing could be further from the truth, and quite frankly, that insinuation from some commenters over the years has infuriated Matt. In fact, there was a comment left on a post just last month that angered Matt so much that he wouldn’t stop talking about it for two days. He was angry. Any insinuation that he is weak of mind, weak of will, that he has no voice in this household, and that I walk all over him, makes him angry (and Matt’s very easygoing, so it takes a lot to upset him).

The fact is that Matt and I discuss everything. Every final decision that is made on this house is one that we’ve discussed. Now when it comes to decorating, Matt generally couldn’t care less. But when it comes to how each room is used (i.e., the purpose for each room) he has his say. After all, the whole reason we don’t have a breakfast room right now is because Matt said he wanted a recliner in a room where he could watch TV, and that’s the only room where there was space for a recliner in front of a TV. Matt told me what he wanted, and I got it done.

Matt also has the final say about the order in which the big projects are done since he’s the one who keeps up with our budget. So when my studio came before a master bathroom, that was Matt’s doing. If building a new workshop for me comes before the addition (which he has suggested, but we haven’t decided for sure yet), that will be Matt’s doing, not mine. Matt is very much involved in the decision making, and because he knows our budget better than I do, he always has the final say.

All that to say that if Matt absolutely wanted a game room, Matt would absolutely have a game room, and I’d decorate it exactly as he wanted so that it could be all his with his own style.

But the longer that Matt lives with M.S., the more he realizes that doing everything he can to keep his muscles working as much as possible is a top priority. So when I threw out the idea of turning a room in our house into a home gym, he was on board immediately. Physical health trumps gaming any day of the week, and Matt is very much looking forward to having that room dedicated for that purpose. He’s excited about having that room where he can have easy access to his exercise bike, weights, and other things that will be out and readily available for use every single day.

I threw out the idea of a home gym instead of a game room, but the final decision was Matt’s. I didn’t have to do any arm twisting, manipulating, whining, bulldozing, or anything else to get my way, and my goal wasn’t to take Matt’s game room away from him. My goal was to provide a space that Matt could benefit from by focusing on his physical health.

So where does that leave the gaming systems? For now, he has one hooked up to the TV in the bedroom, and he also plays games on the other two TVs in the house (breakfast room and studio). But when I work on the home gym, I do plan to put a little gaming area in the big open closet for him.

I think there will be room for him to choose his two or three favorite gaming consoles that will always be hooked up to the TV in there, and for now, that will be his gaming area.

Matt loves the idea, and seems completely satisfied with that arrangement. For now, his physical health is the priority.

EDIT: To be clear, I know that some people just ask questions like, “Where’s Matt’s game room? Where does he play games?” out of sheer curiosity. I don’t have a problem with that at all. 🙂 If you have questions, ask away, and I’ll do my best to answer! But I do also know that there are those handful of people who ask those questions with preconceived notions of me bulldozing over Matt, and I know that because of the comments that have been left on my blog over the years.

But I don’t have a problem at all with general questions out of sheer curiosity. 🙂 I know we’ve made lots of changes over the years, and have made plans only to change them later, so things can get confusing. If you’re confused about those things, feel free to ask questions! 🙂

How to Get Rid of Dust, According to Cleaning Pros 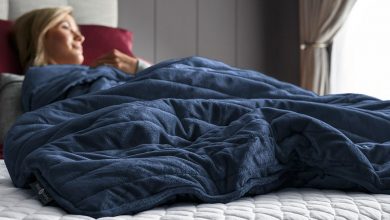 How to Wash a Weighted Blanket, According to Experts 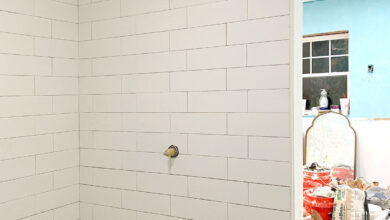 The Shower Tile Installation Is Finished! 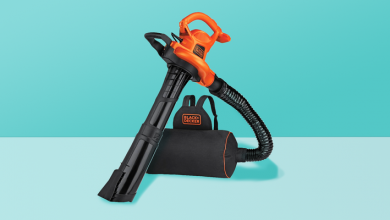 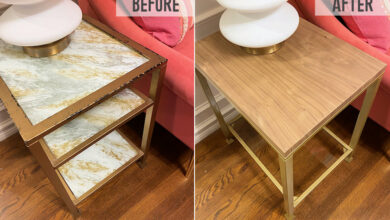