or nearly half a century, the story of Black students in the United States was a story of success. Black enrollment grew from 282,000 in 1966 to more than 2.5 million in 2010, the result of, among other things, civil-rights activists’ efforts to dismantle Jim Crow laws, colleges’ adoption of affirmative-action policies, and the federal government’s subsidizing of low-income students’ tuition.

But from 2010 to 2020, as overall college enrollments fell, the number of Black students on campuses fell even more sharply, to 1.9 million. The pressures affecting students in general — the escalating cost of college and skepticism about a degree’s payoff, for example — have been acute for Black students. And a confluence of entrenched factors, like the economic hardship in many Black communities, colleges’ admissions practices, and Black students’ not feeling welcome or represented on campuses, has further depressed Black enrollment.

The pandemic has made conditions significantly worse, with a disproportionate number of Black people in the last two years disengaging from college to pursue jobs, even as some historically Black colleges have seen record enrollments.

While some administrators have tried, in the wake of George Floyd’s murder, to fight racism on campuses, diversify their faculties, and support Black-student groups, they have not yet stanched the overall decline in enrollment.

“Oftentimes we mean well, but we politically want fast changes,” said Karen Miner-Romanoff, a law-and-society fellow at New York University’s College of Arts and Sciences who has studied Black-enrollment challenges. “This is not an overnight process.”

And so the picture is bleak: While undergraduate enrollment at two- and four-year colleges fell 9 percent from 2010 to 2020, the number of Black undergraduates fell nearly 17 percent. On at least 500 campuses, Black enrollment dropped by more than half.

At colleges where undergraduate enrollment fell from 2010 to 2020, the median decline for Black undergraduates was nearly 37 percent, compared with 28.7 percent for all undergraduates.

At Indiana Wesleyan University, in Marion, Black enrollment increased from 48 students in 2010 to 168 students in 2020. During that time, administrators have sought to appeal to adult learners as well as to traditional-age students.

In Kokomo, Ind., the university established the Kokomo Thriving Center, which offers degrees in fields like addiction counseling and human services, “because that community has identified these as needs within their community,” said Tod Dalberg, vice president for external affairs.

To better market itself in Black communities, the university sent mobile career labs to community events to walk students through what a degree or certificate from Indiana Wesleyan could ultimately provide them, such as an increase in lifetime earnings.

“There’s greater pressure on the value of education,” Dalberg said. “And parents are looking at the cost of that education and the value of what that means for the student in the course of recouping that over a lifetime.”

Dalberg said it had been difficult to get Black students from cities to attend Indiana Wesleyan because its campus is in a rural county an hour outside Indianapolis.

The university and its student body have both tried to bolster such representation. The administration established a 21st Century Scholars Program that provides students eligible for Pell Grants with additional funding for up to four years of undergraduate tuition. Black students established a Black student union in 2020.

A special report on the implications of the enrollment contraction.

At Wright State University, outside Dayton, Ohio, Black undergraduate enrollment fell from 2,277 in 2010 to 884 in 2020. Part of that decline can be attributed to a drop in the university’s overall enrollment, by more than 7,000 students. Today, Black students make up around 10 percent of the campus’s enrollment.

In 2018, Wright State created an initiative, called “Retain the 9,” because at that time the percentage of Black students on campus hovered around 9 percent. The initiative works closely with the Student Success Center and Black Cultural Resources Center to expose students, especially incoming freshmen, to potential careers and to provide academic-success coaches to mentor students.

A university administrator described a host of efforts that Wright State is making to retain and expand its Black enrollment.

“We’re doing some good work here,” Chaney said. “Sometimes getting that message out to the campus community, to our campus stakeholders, alumni … can be challenging.”

But Mattie White, vice president of the university’s African American Alumni Society, was skeptical of the efforts. Many Black alumni, she said, have nicknamed Wright State as “white state.”

When she pursued a master’s degree there, in 2000, she didn’t sense a strong Black community on campus. She also said many Black students may shy away from college because of the cost, pointing out that much of her undergraduate and graduate tuition was financed with work-study funds, grants, and student loans, all of which she managed to pay off within six years of graduating. That sort of financial path is no longer possible, she said, with tuition and other costs of attendance on the rise.

“Affordability is a great barrier for African Americans,” White said. “And, of course, we’re always the last hired, first fired still. So building income sustainability, let alone wealth, has just been a challenge.”

Today’s barriers are subtler and less overtly racist: how colleges recruit and admit students, how they distribute financial aid, and Black students’ day-to-day interactions on campus.

Dealing with them requires data, research, and a multipronged approach, advocates say.

Nonprofit groups have helped high-school students tour college campuses, pull their applications together, and apply for financial aid. (Affirmative action, which helped bolster Black enrollment, is expected to receive its death blow from the Supreme Court, which is hearing two lawsuits challenging the practice this fall.)

But Miner-Romanoff, the NYU scholar, said getting Black students to college is only half the battle.

“We know that this idea — ‘Do I belong here?’ — is one of the greatest barriers,” she said. “We don’t take into account the social-emotional requirements that students need to successfully traverse universities.”

Black students across the nation in recent years have organized on majority-white campuses, through social media, and at national forums, to articulate the many challenges they face in getting to and through college.

“It just is exhausting to walk through the hallways and feel like you can’t be who you really are due to structural racist systems put in place against students of color,” said Skye Jackson, a co-creator of the National Black Student Alliance and a sophomore at Brown University.

The alliance has established Black-student organizations on campuses across the country and in 2020 hosted a virtual forum for such students and advocates to discuss campus diversity and how to cope with racism.

Nelson O.O. Zounlome, a former assistant professor of counseling psychology at the University of Kentucky who is now an academic consultant for students of color, said that, for a lot of the Black students he speaks to, their lived experiences don’t match their colleges’ efforts to fulfill diversity missions.

For Black students, he said, every day feels like a fight to be acknowledged.

“We’re put into these white spaces, and we feel marginalization and lack of support,” he said. “After a while, you start to wonder, ‘Is it really worth it?’” 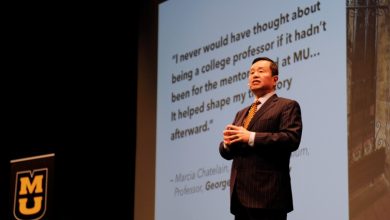 This University President Is Focused on Performance and Productivity. That Worries the Faculty. 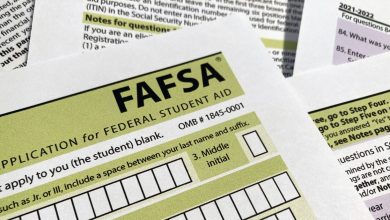 Biden Wants to Double the Maximum Pell Grant. What Difference Would That Make? 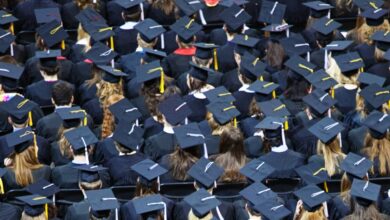