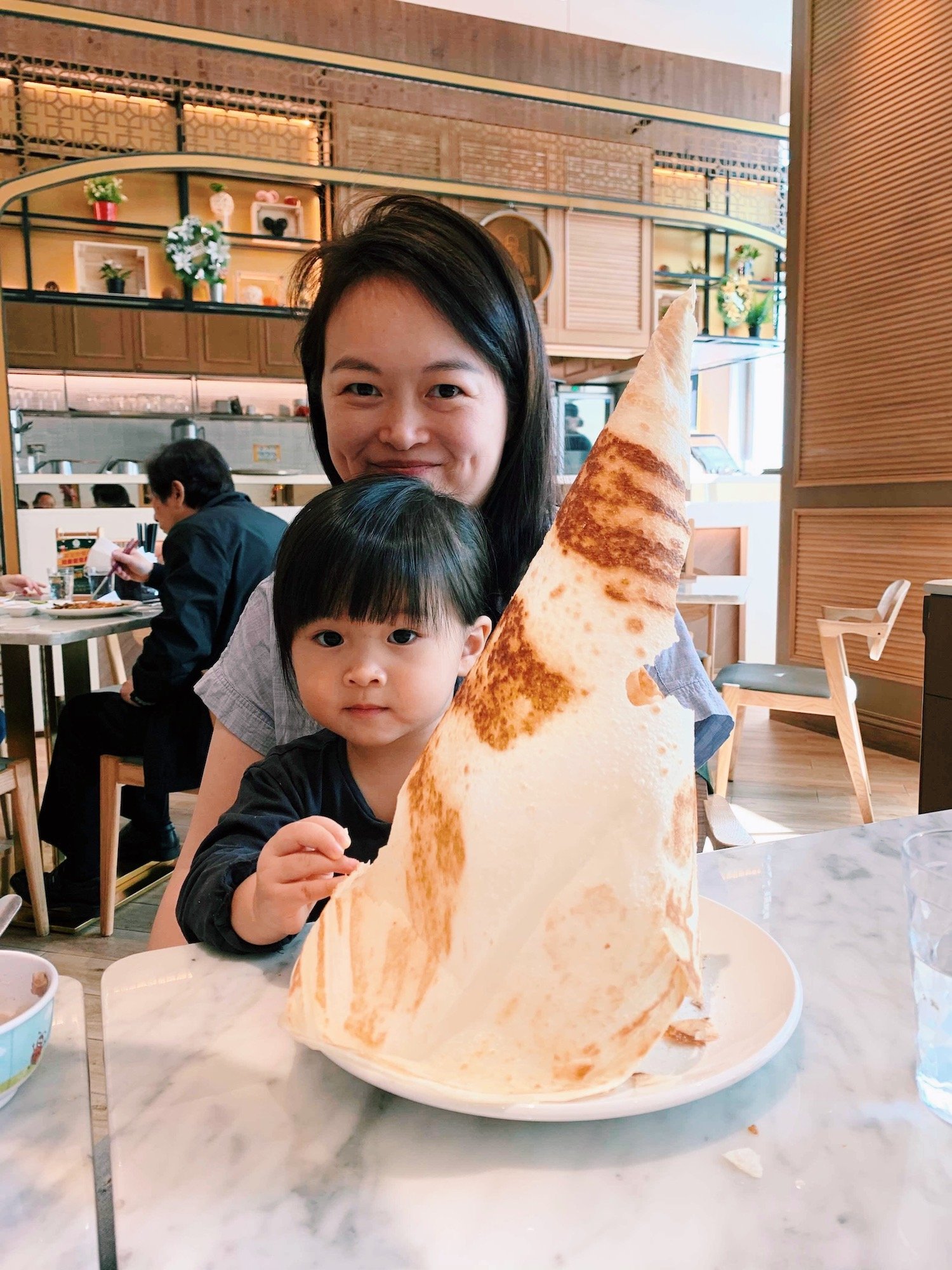 Writer and consultant Kathy Cheng lives with her four-year-old daughter in Taipei, Taiwan. Here, she talks about earthquakes, cram schools, and low-key evening massages with friends… 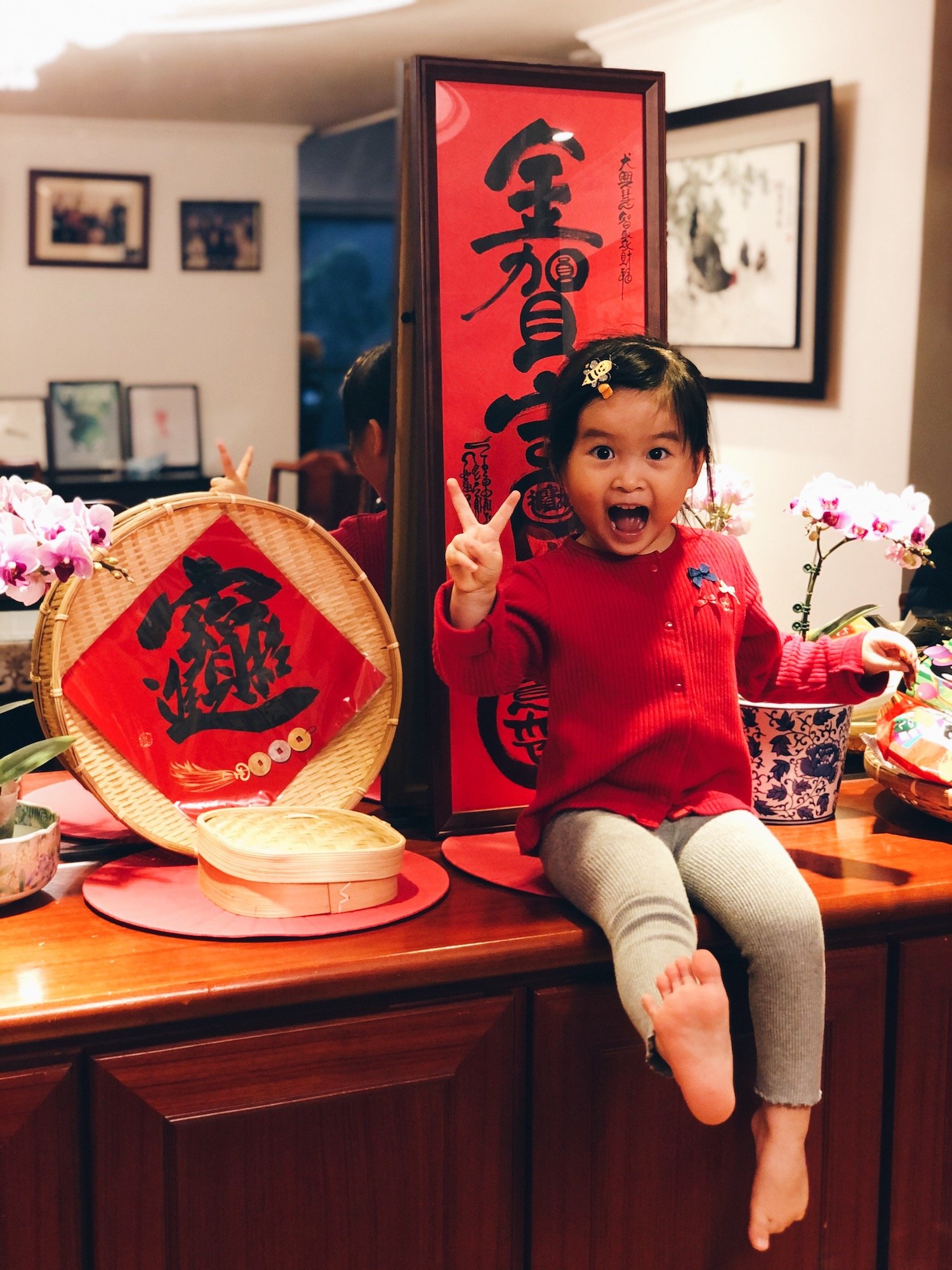 Kathy was born in Taipei, but mostly grew up in Sydney, Australia. In 2014, she moved back to Taiwan for a relationship. “We got married, had a baby, then divorced,” she says. “Now I’m a single mum.” Kathy and her daughter, Claudia, live in an apartment complex in Daan District, a bustling neighborhood in Taipei with offices, cafés, and restaurants. She runs Thankful, an open-platform wedding and baby registry site; she also wrote Hey Taipei, the first English-language book for kids about Taiwan. “I’m working on more picture books from a Taiwanese point of view,” she says. 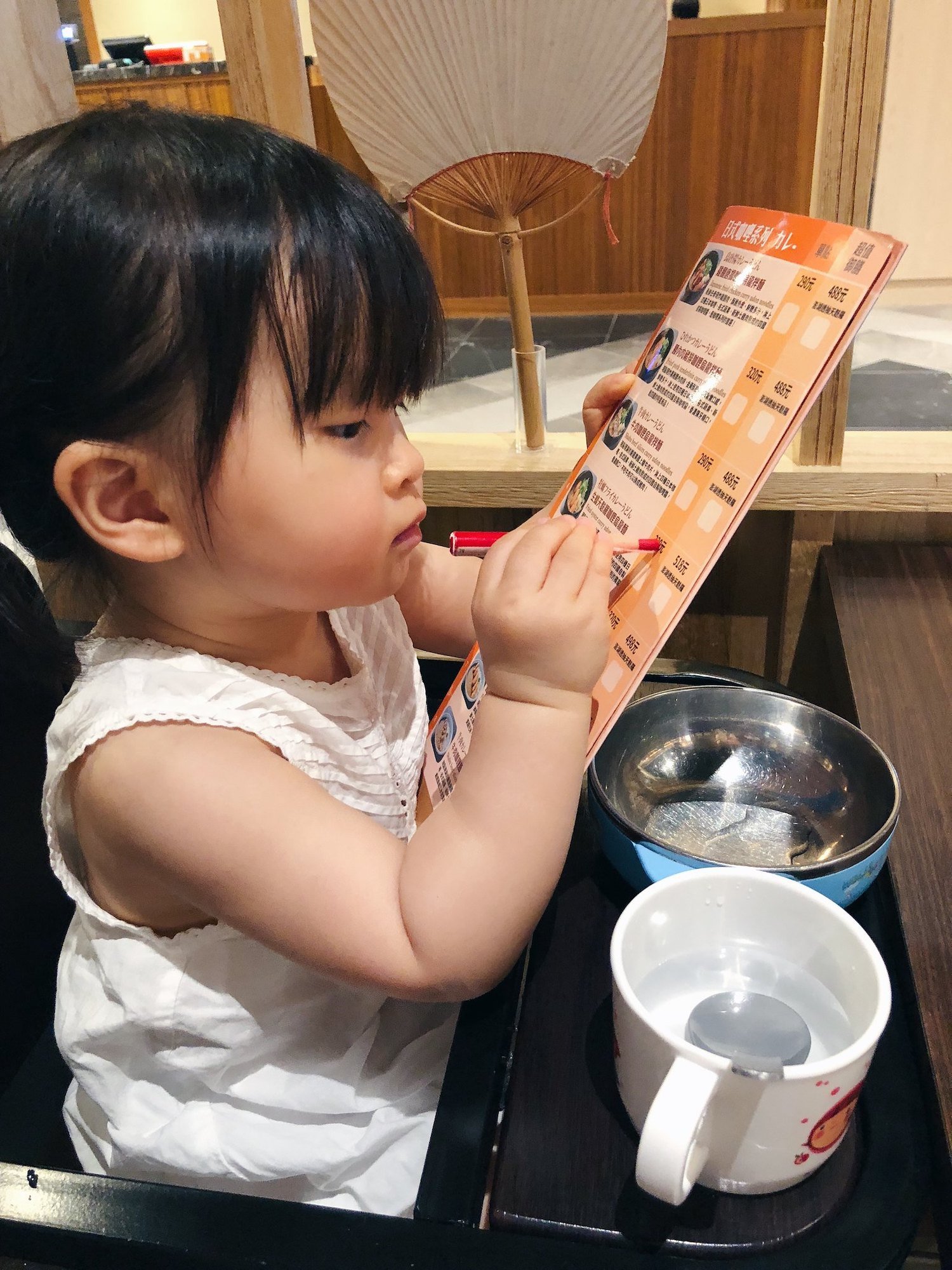 On family-friendly restaurants: Restaurants often have kids’ dining sets and high chairs. It’s rare to find a children’s menu; instead, kids just eat the same as the adults, family-style. We’ve been eating at Din Tai Fung since she was a toddler so she’s always known the right way to enjoy xiaolongbaos [soup dumplings] — you just take a small bite of the skin to make a hole, then suck out the soup inside. We also go to a hole-in-the-wall soup dumpling place near our house. She can down a plate of dumplings herself, along with a cup of cold soy milk. 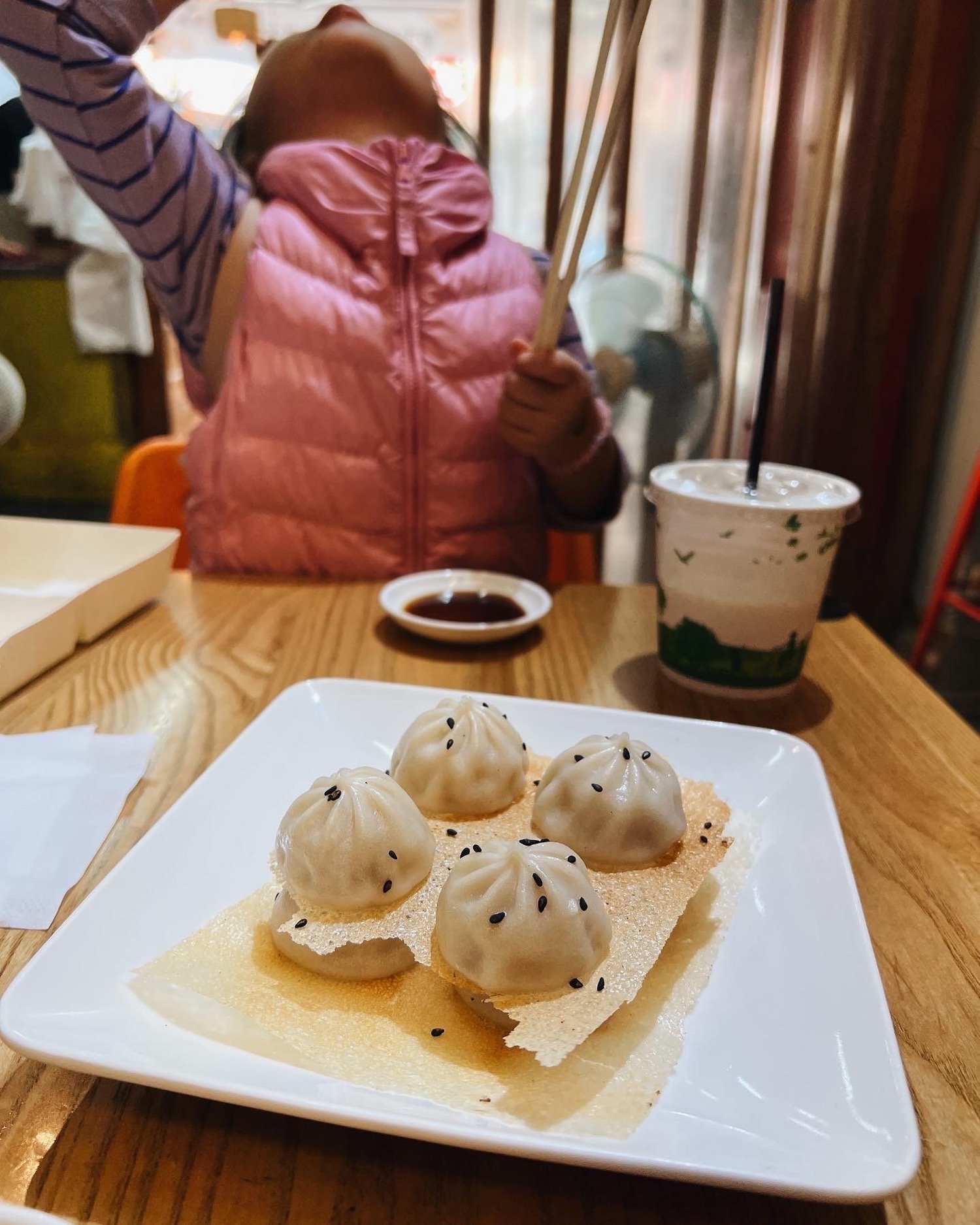 On bubble tea habits: Bubble tea was invented in Taiwan, so there are bubble tea shops literally everywhere. When Claudia napped in her stroller, I developed a dangerous habit of finishing a jumbo-sized brown sugar bubble tea every day. But now that she’s old enough to share icy drinks with me, I stick to those made with fresh fruit, no tea. In case anyone’s wondering, the secret to the perfect black sugar bubble tea is asking for less ice, so the soft boba doesn’t freeze up. 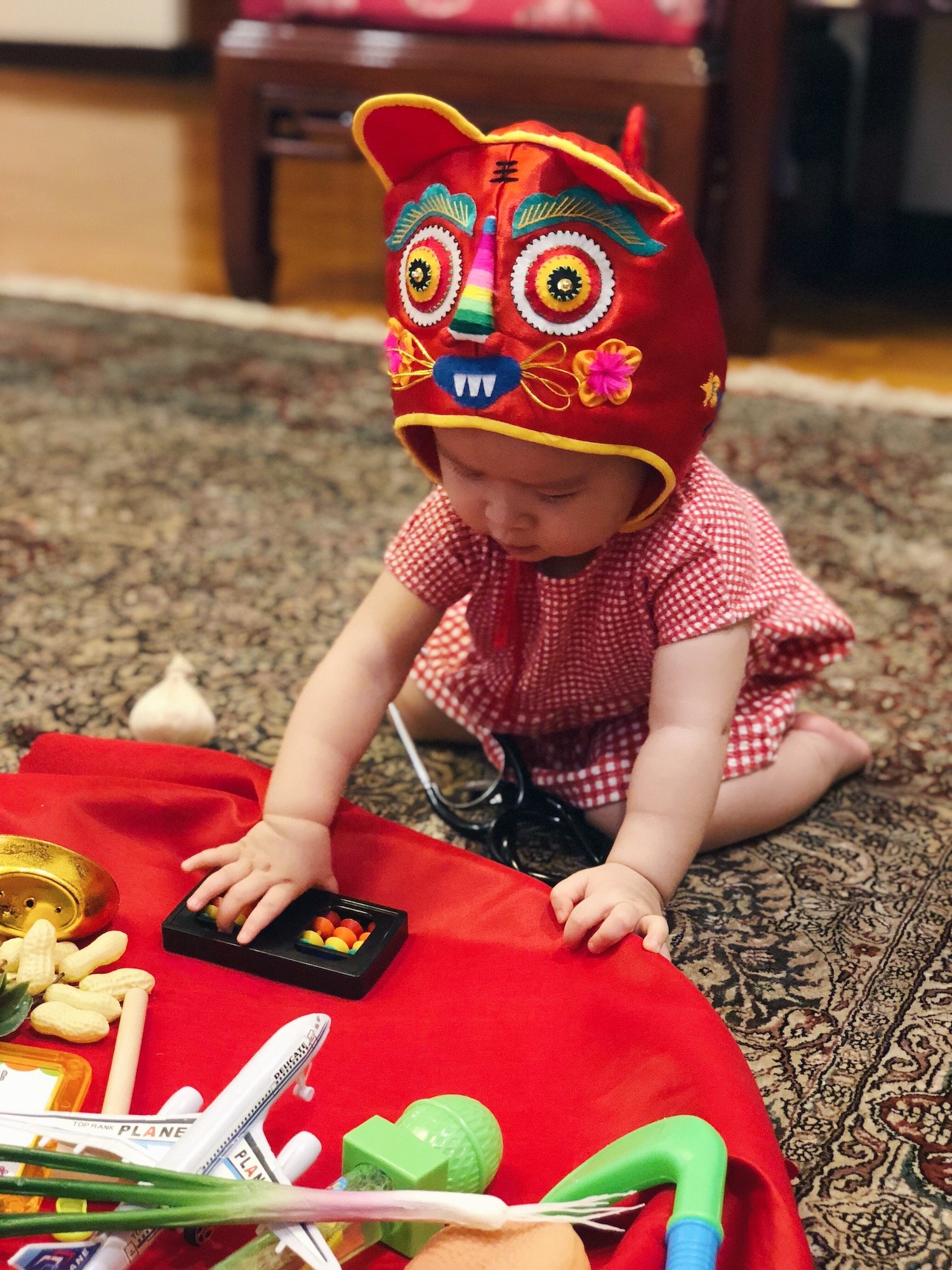 On a first-birthday tradition: When Claudia turned one, we held a ceremony called ‘zhua zhou,’ which loosely translates to ‘the first grab.’ You put your baby on the floor with a bunch of stuff in front of them, and whatever they grab is a sign of the direction they’ll take in life. Claudia picked up the stethoscope, but my dad said, ‘Throw it back! That’s too tough!’ and we made her put it back. Some of the other objects were a sword and gold ingot, which feel so irrelevant. These days, people sometimes put in laptops or game consoles or credit cards. 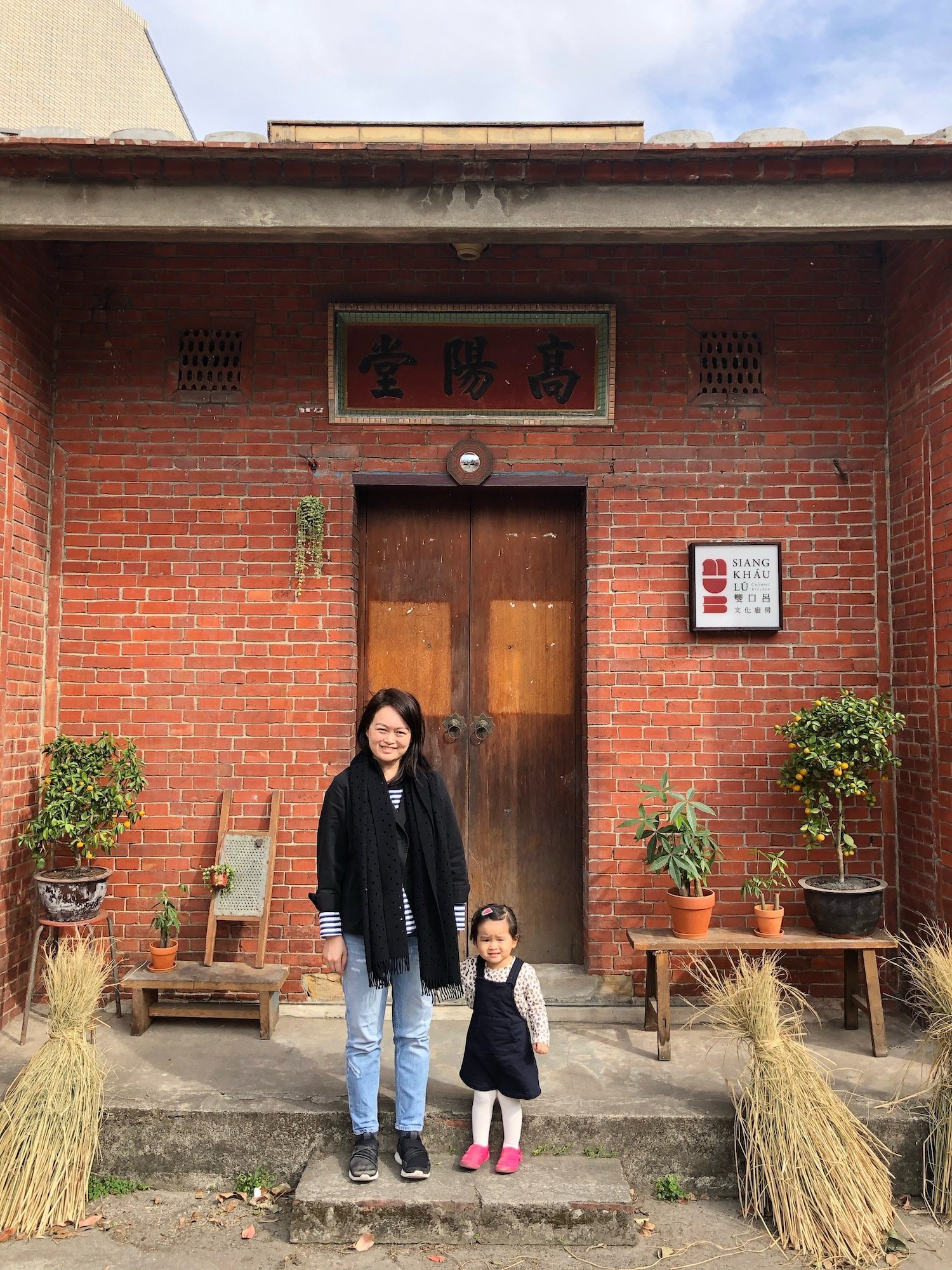 On blunt relatives: If you go to a family meal, your relatives will comment on your appearance and flat out say, ‘Have you put on weight?’ — less as a question, more as an accusation. It’s brutal. When Claudia turned four, my dad told me, ‘I just told Claudia that her nostrils are big, and she said to me, Grandpa, I don’t like it when you say that.” He had a look of fear in his eyes. And I thought, Oh my god, can we SAY that? I grew up just taking it! You put on a half smile and stand there silently. But she didn’t, even from her own grandpa. She’s my hero. 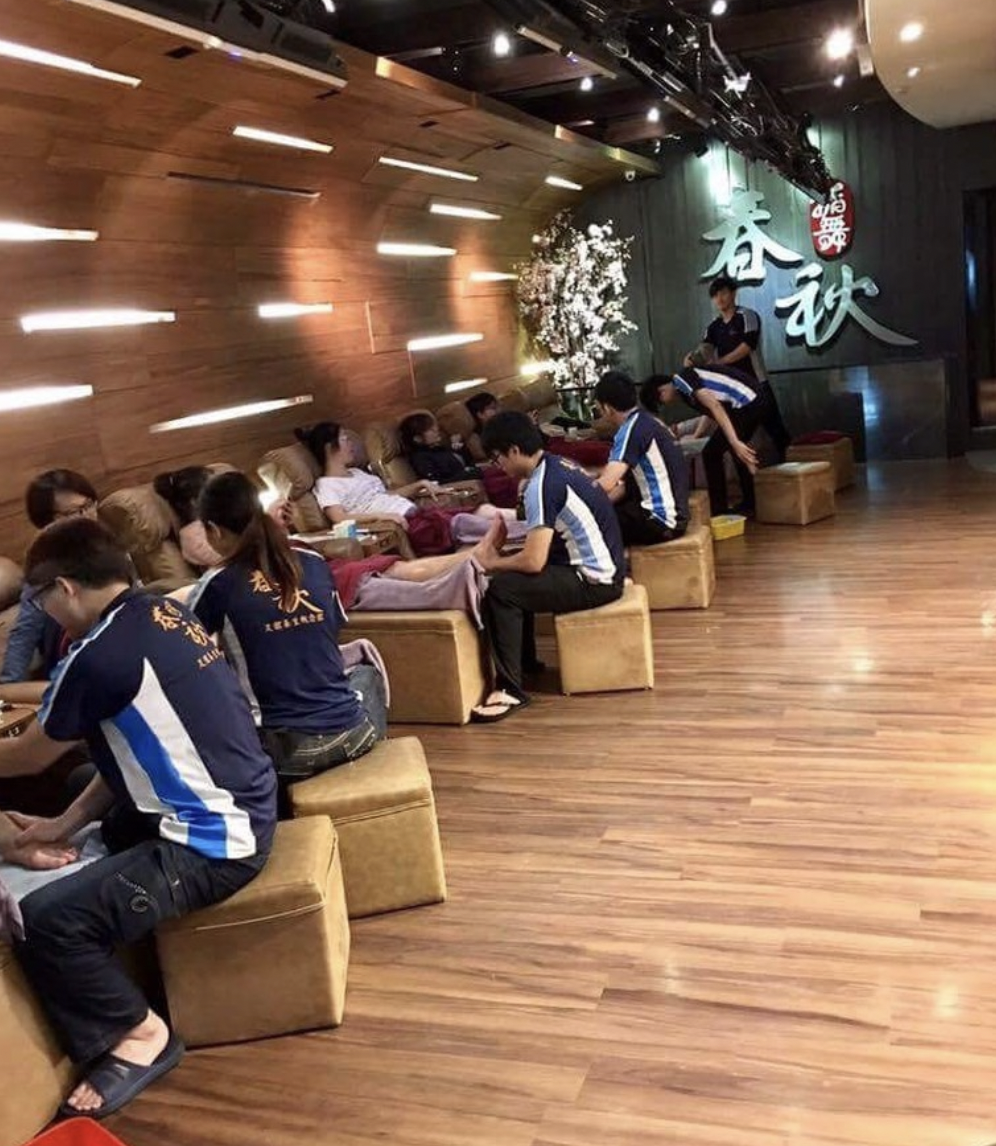 On evening massages: Getting late-night massages is very much a thing. Couples and friends go together after dinner; it’s a low-key way to hang out and not at all reserved for special occasions. You sit in a big room; TVs are hanging from the ceiling. Since massages here emphasize reflexology, they can be borderline painful rather than gentle and soothing. My local spot is called ‘Dancing Fingers,’ which is very misleading! They work their knuckles into your back; if you wince or groan, they think they’re doing a good job. I’m sore for days afterward, but then I feel so much better, especially after carrying a baby around. My friends are always telling me to go back, but right now I’m too chicken. 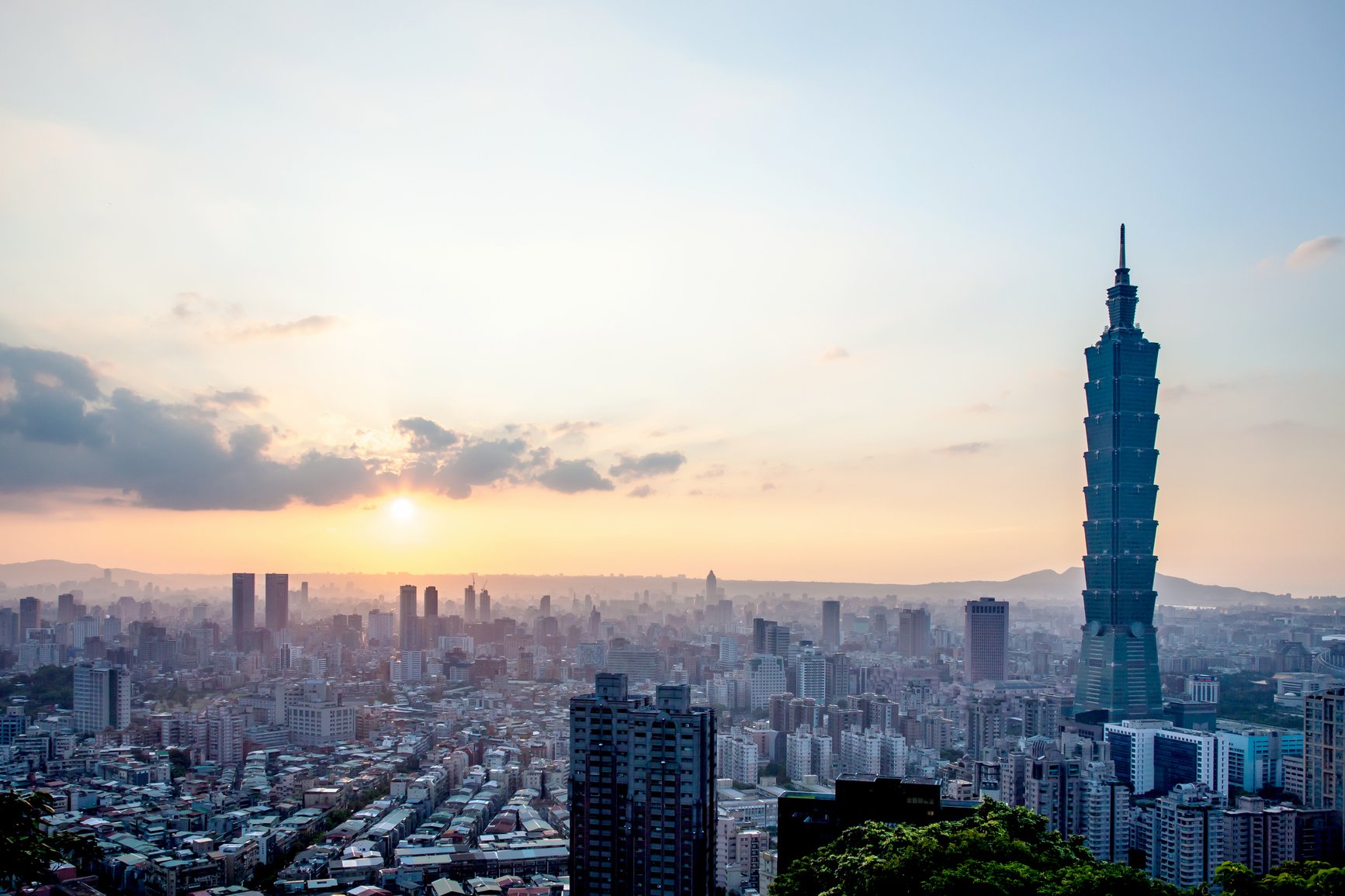 On earthquakes: Anytime I hear a creak in my house, my heart skips a beat. I explain to Claudia that the earth is a jigsaw puzzle, and when the pieces move, that’s an earthquake. The worst one was when we were on vacation in the southern city of Kaohsiung. We were on the 16th floor of a new hotel; and in the middle of the night, the building began creaking and swaying back and forth. I was in a full sweat, glaring at the ceiling, waiting for the aftershocks to end. I kept thinking, What if this hotel comes down? What would we do? Claudia slept through it all, but I was tense the entire night. When there’s an earthquake, it feels like someone randomly punched you in the face, unprovoked; it disrupts everything, you feel your mortality, you think you might die for 20 seconds. It’s a frustrating part of living here. 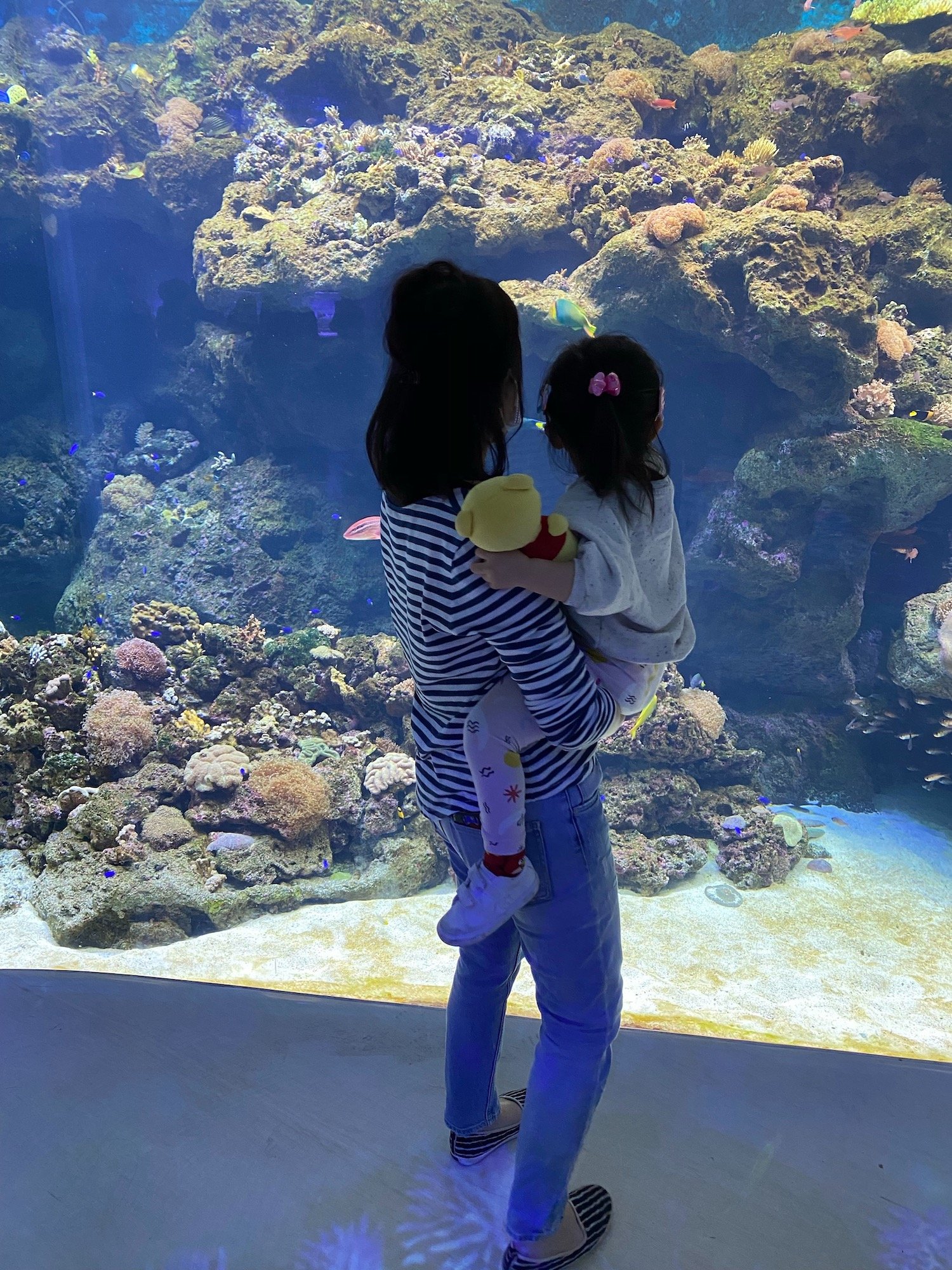 On marriage pressures: Since the rate of marriage is very low, city governments organize matchmaking services and singles outings. I love that someone in the government is responsible for planning group mixers! Tech companies hold dating events, too, since they often have a bunch of engineers and there’s a gender disparity. I’ve never been to one, I think it would be so awkward! Luckily, among friends, there’s no social pressure to date. I’m 40 and single, and I have many awesome single friends. 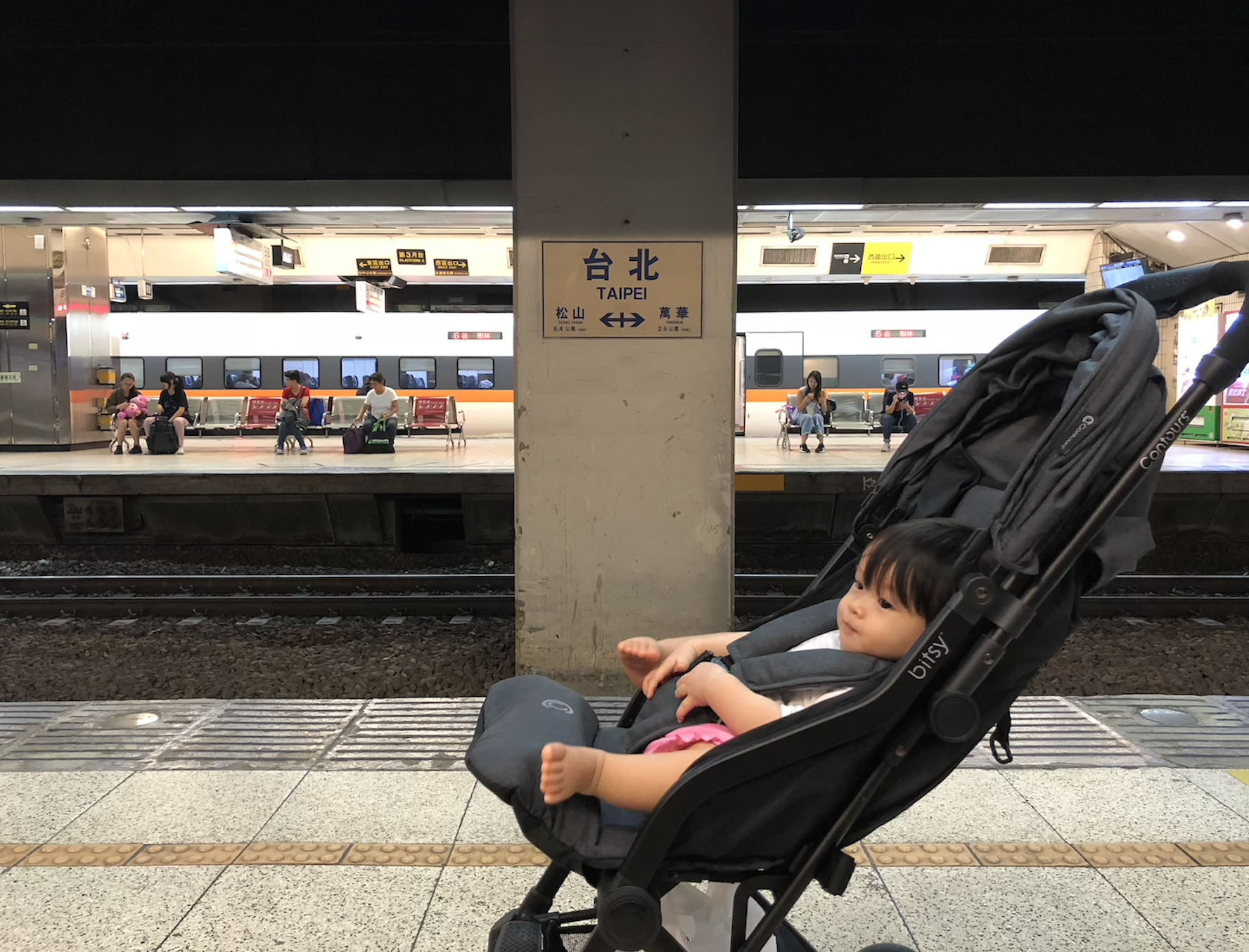 On a low birth rate: Taiwan has one of the lowest birth rates in the world. The government is trying to turn things around with baby bonuses for new parents, and they also now subsidize IVF treatments, which opens the door for couples who wouldn’t otherwise be able to afford it. But I think the problem is much broader. Salaries are too low for the vast majority of young Taiwanese to buy apartments. It’s hard to imagine settling down and starting a family if you can’t imagine affording your own home, you know?

On hotels for new moms: Since Taiwan’s amazing national health insurance covers almost everything, the biggest cost of childbirth is the confinement hotel. My biggest regret was not signing up for one! It’s like a ‘soft landing’ into parenthood. Mums and babies stay for 10 days to a full month. The babies sleep in a nursery with nurses who feed, change and supervise them around the clock. You and your partner sleep in a private room, and your baby is rolled in for feeding, fun and bonding, but then taken away. The best part is that visiting times are restricted. You don’t have to tell your family, ‘Don’t come,’ since the hotel’s policy does that for you! Many people here live in multi-generational households, so being in a confinement hotel gives the nuclear family that much-needed bonding time. 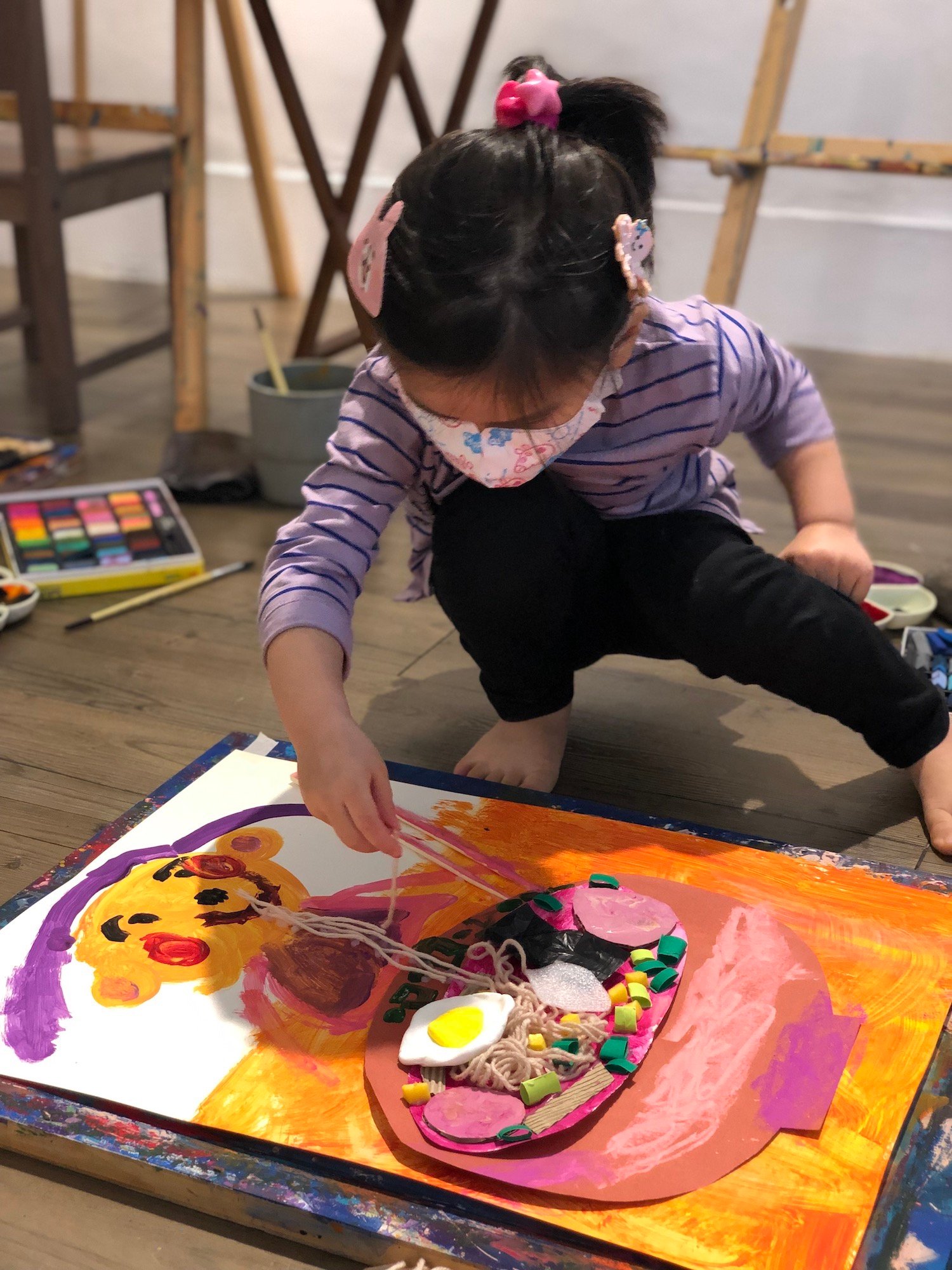 On daycares: Working parents typically send their kids to full-time daycares. When Claudia was almost four, she started at one near our house. The teachers made healthy lunches, from scratch, of rice, meat and vegetables. She only went for half days, though, because the kids all went down for two-hour naps after lunch! This is because many people in Taiwan work such long hours that if kids don’t stay up late, families rarely get to spend time together during the work week — so you’ll see strollers out and about at 10 p.m. on weeknights. 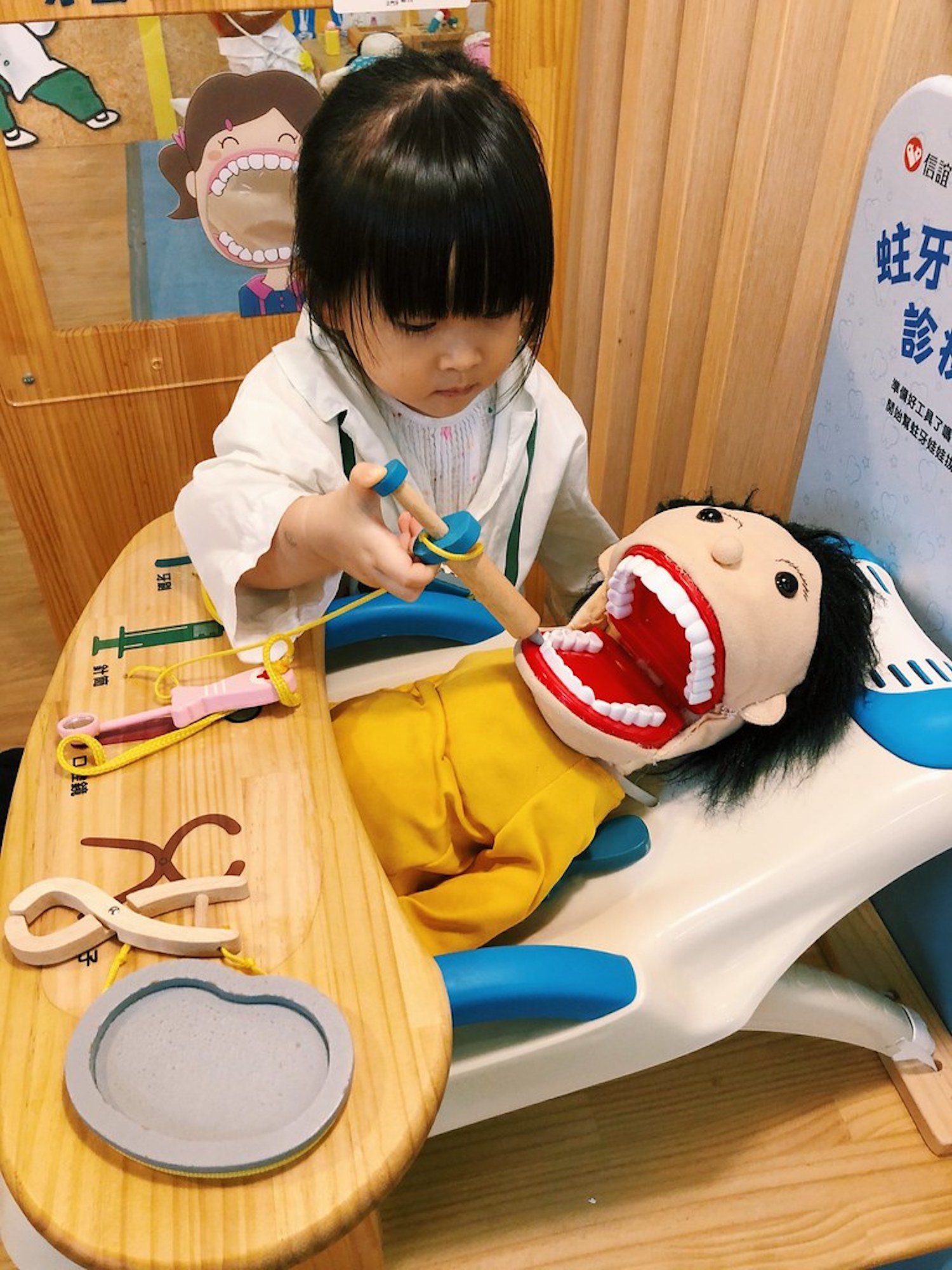 On academic pressure: Kids work long hours, too; all daylight hours are accounted for. Children go to school, then straight to a buxiban (cram school), then home. Cram schools are about getting an edge. Everyone wants their kid to rank at the top of their class, but the reality is not everyone can be first. I grew up in Australia without much stress, so I don’t want that intense pressure for Claudia. Sometimes I hear about kids with busier schedules than their parents, and that concerns me. My childhood in Sydney was all about randomly playing on the street with the neighbor kids. That’s going to be tough to replicate here. 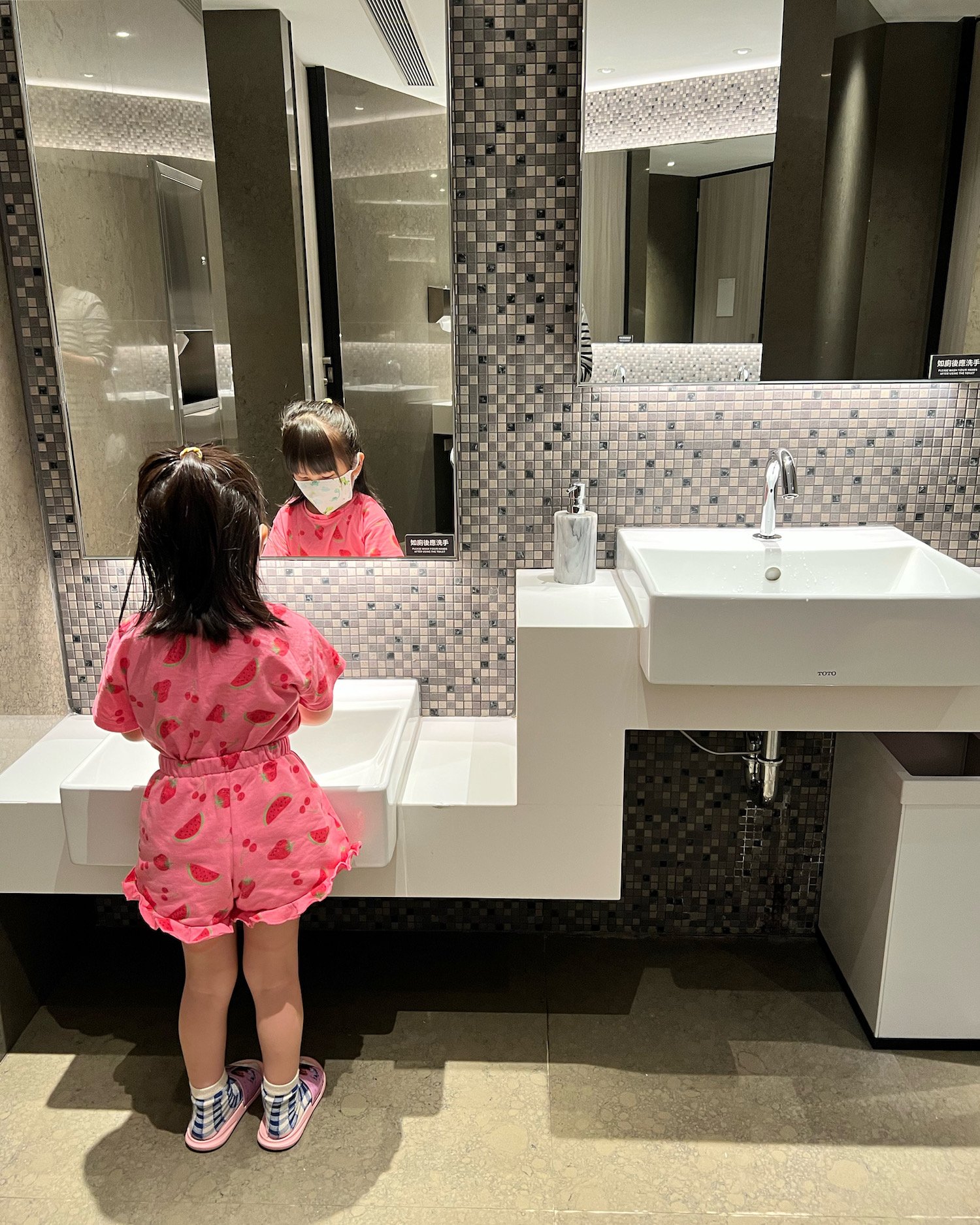 On kids in public: Taiwan has a ‘seen but not heard’ mentality. Sometimes, on the metro, Claudia will be loudly chatting away, and I’ll realize that none of the other kids are making a sound. How is that even possible?! The sweet thing is, grandparents dote on their grandkids so much. After school, I often see grandparents carrying the kids’ backpacks. There’s a common belief that the weight of heavy backpacks can stunt kids’ growth. Locals also believe that playing basketball, with its constant jumping, will help kids gain height! 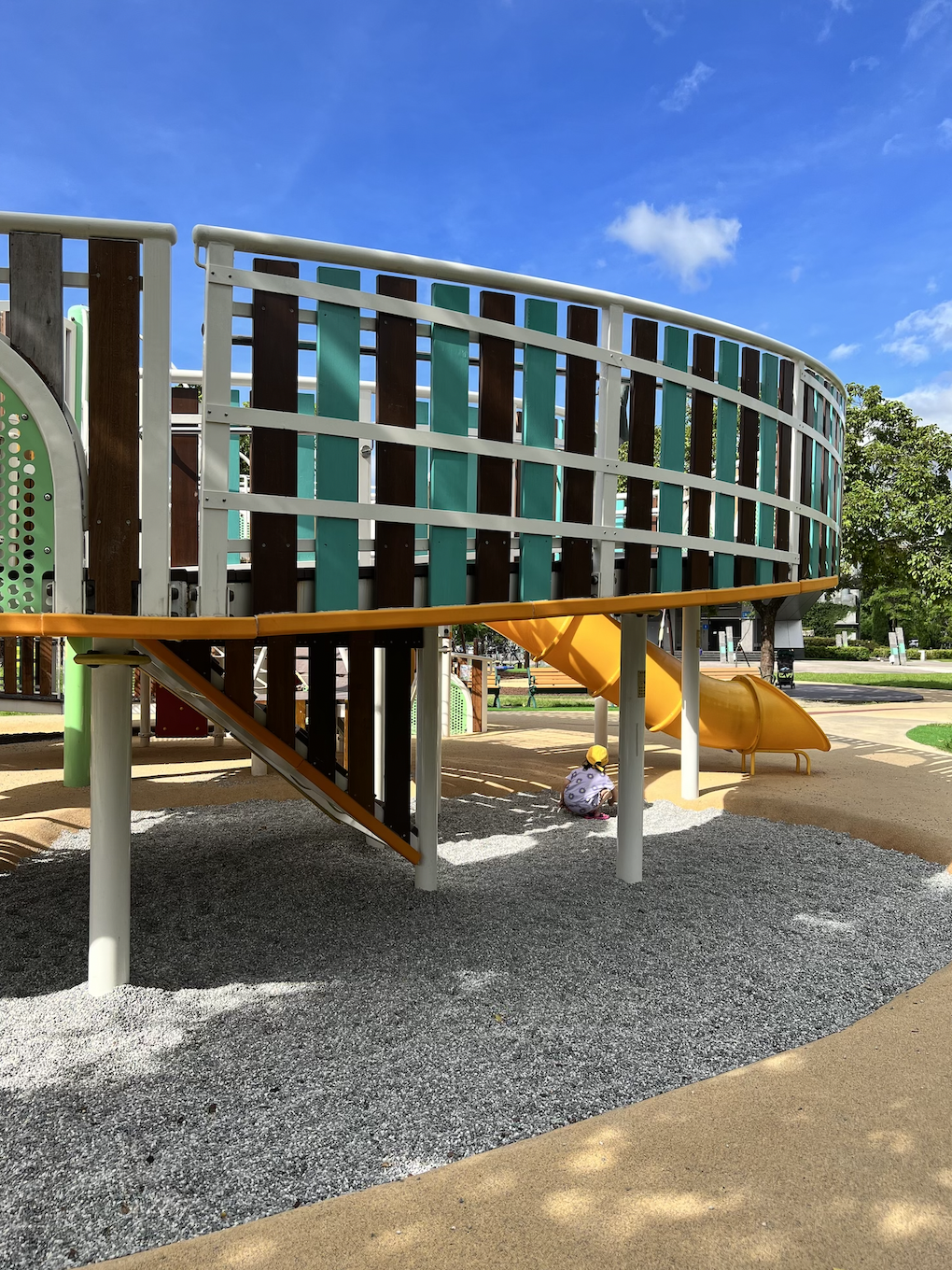 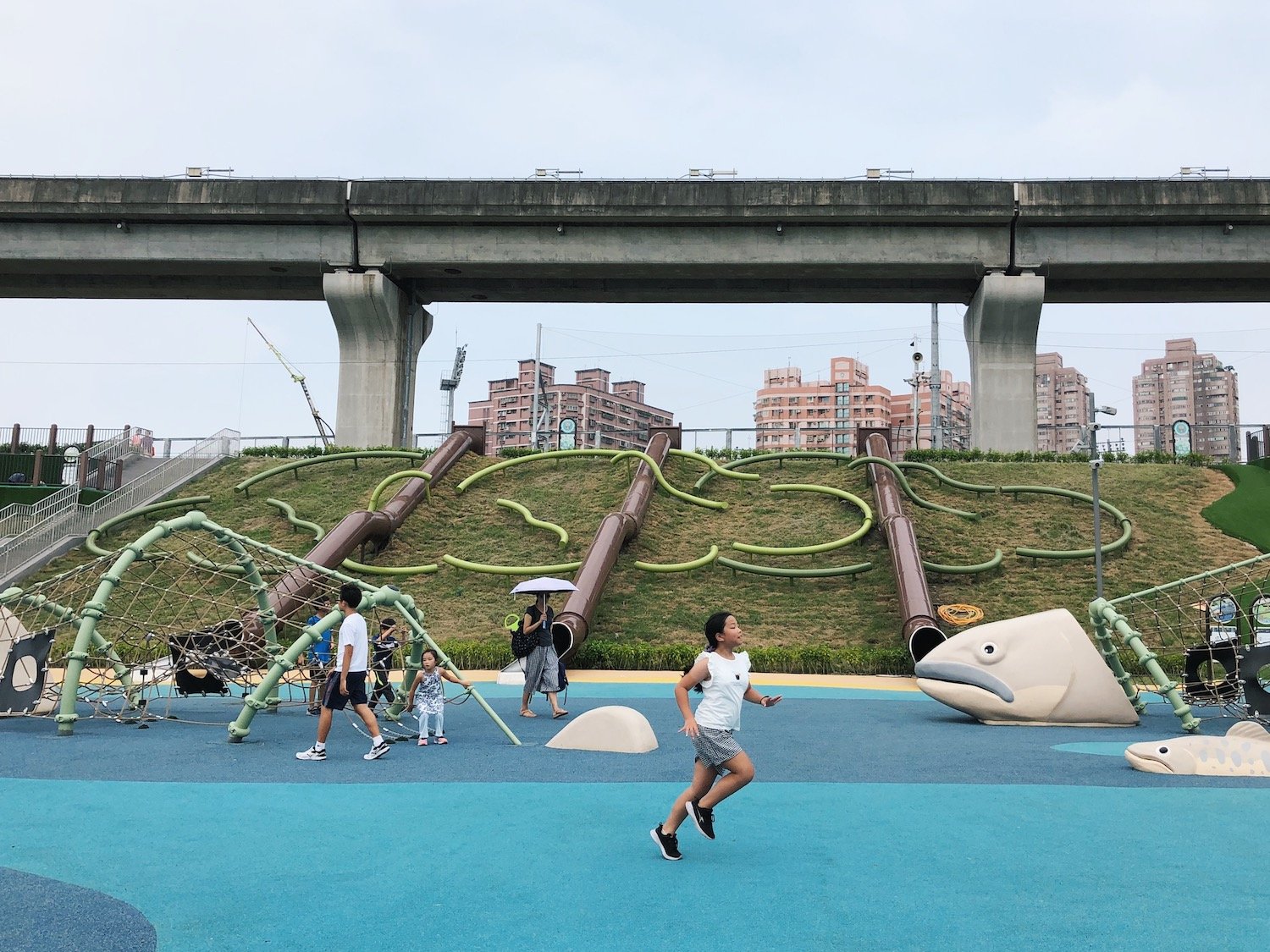 On destination playgrounds: The outdoor playground scene here is amazing. A coalition of young parents organized with the city government to replace old equipment with creative playgrounds, and they’ve done an incredible job. I have 50 new playgrounds saved to my Google Map. On nice weekends, families will make it a mission to check out a new playground in a different part of the city. People will say, ‘Oh my god, have you been to this one? I’ll send you the Google Map link.’ It’s like the hot new club! 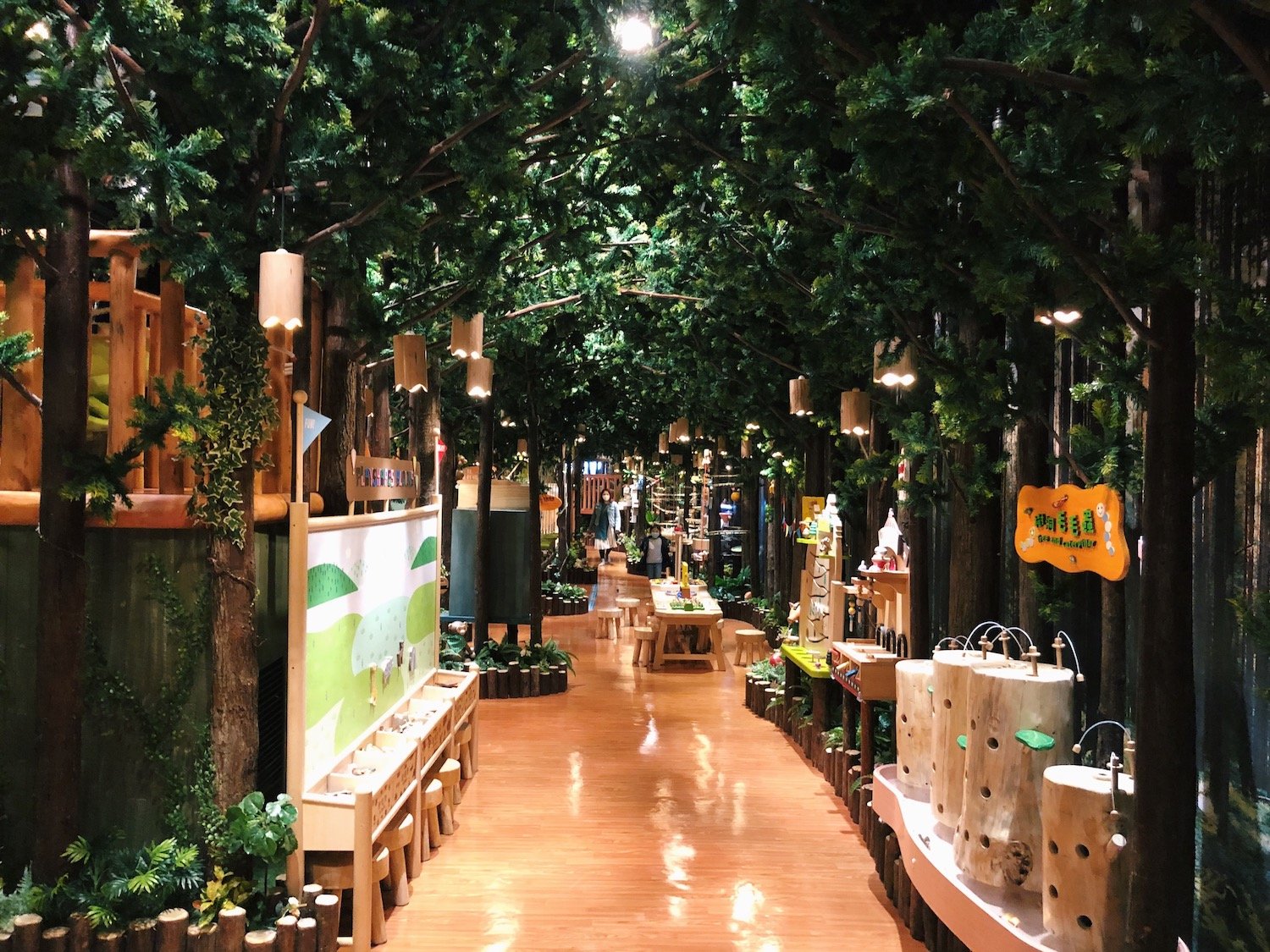 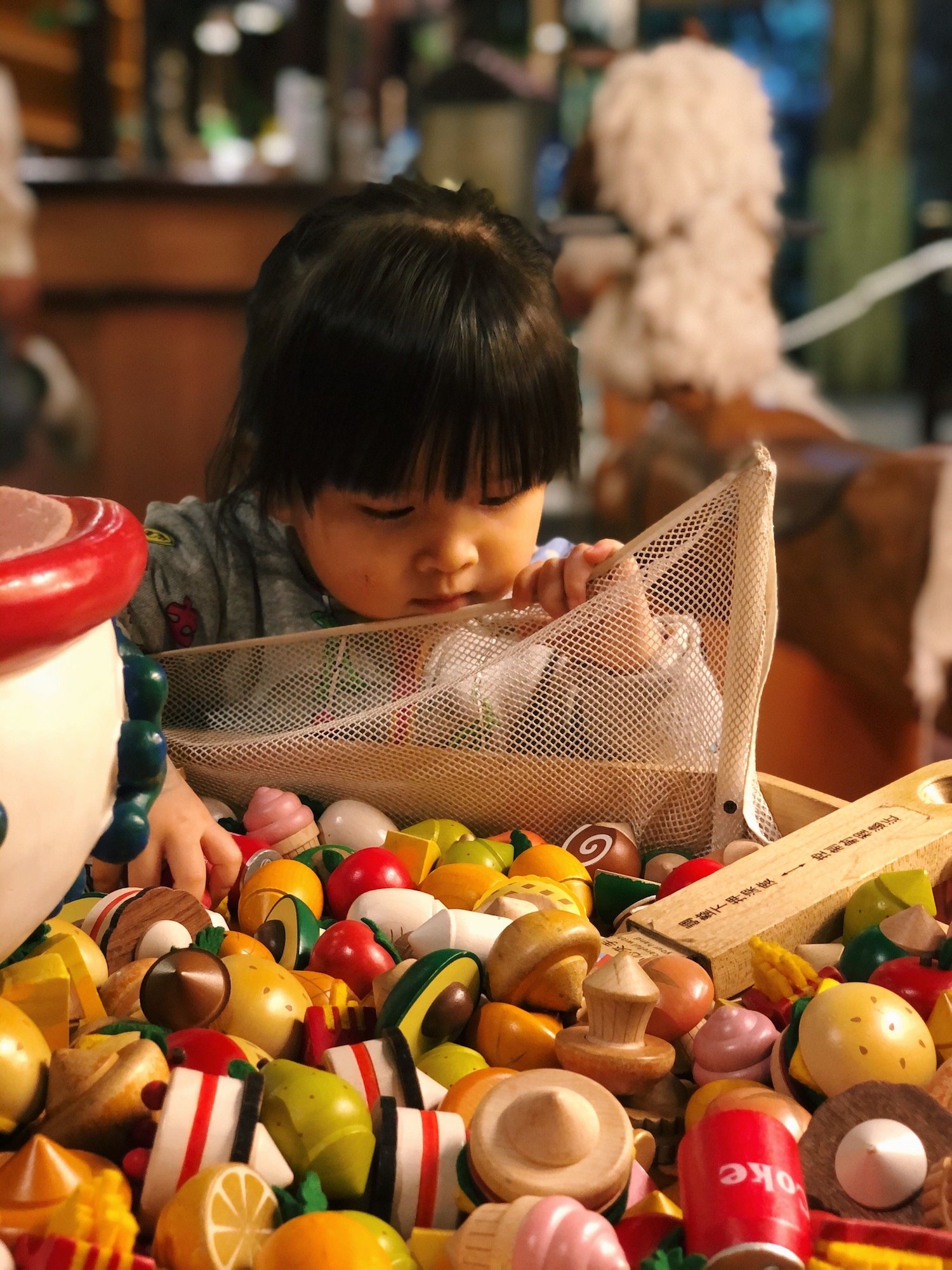 On playing inside: Indoor play centers are everywhere. They’re air conditioned, so you can escape there if it’s swelteringly hot or pouring rain. Our favorite is Wooderful Life. All the toys are wooden, and there aren’t any flashing lights or loud music. It feels like you’re in a man-made forest for a few hours. 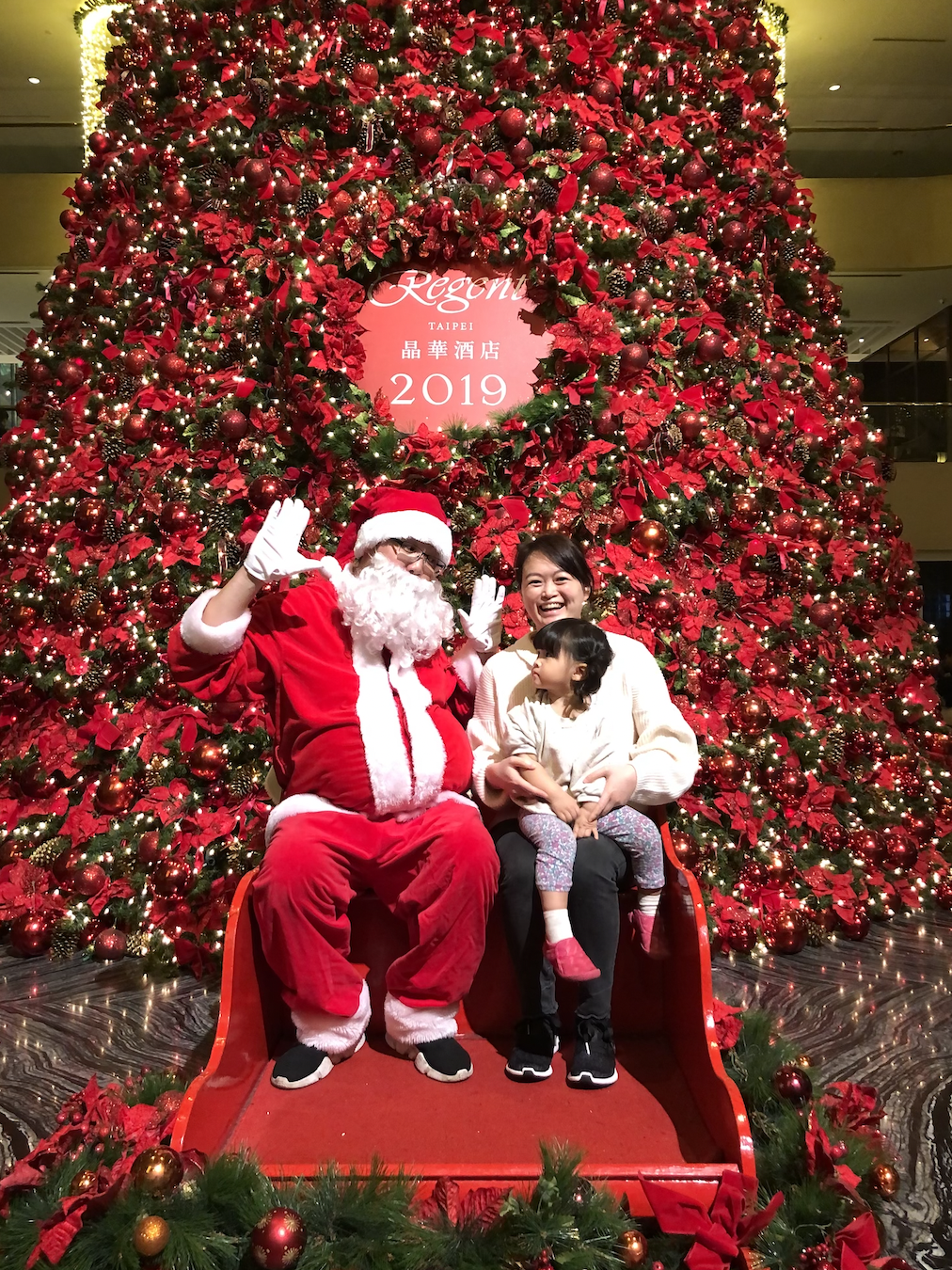 On religious diversity: The two biggest religions are Buddhism and Taosim, but Taiwanese society is very respectful of different beliefs. There’s a road near me where a Muslim mosque and Catholic church are a couple of doors apart; around the corner is a Presbyterian church and a Jewish synagogue. Christmas isn’t a public holiday here – more of a commercial one – but we go to see the decorations in big hotels and malls. For a few years, we’ve been going to the Regent Hotel to take photos with Santa. I used to find it hilarious that Santa was a young, 30-something Taiwanese guy with glasses doing silly poses. But now I think, ‘Well, we’re in Taiwan. It makes sense!’” 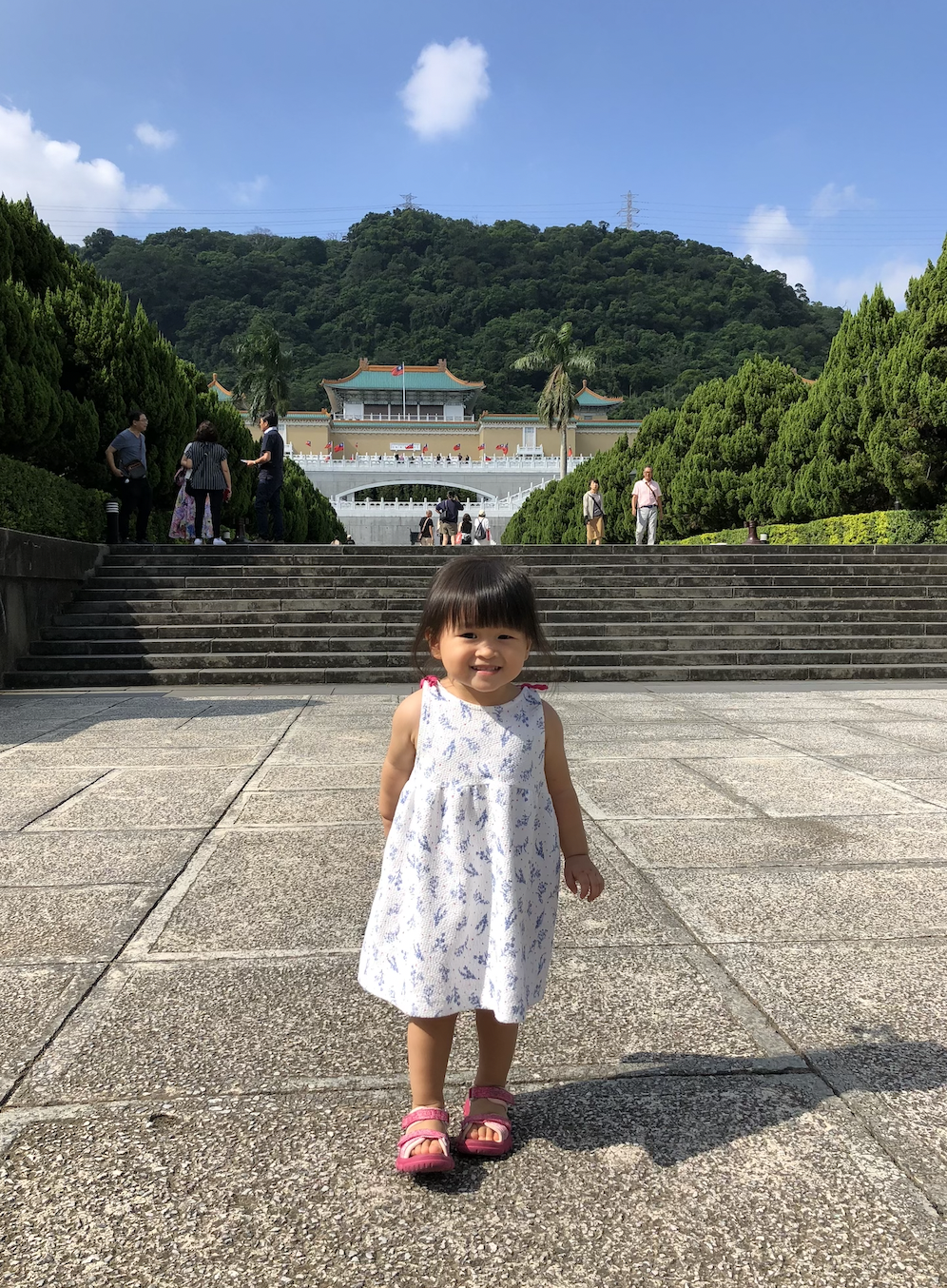 On feeling invisible: We often feel unheard in the media. During the recent Nancy Pelosi visit, our relatives living in America were like, ‘Come back right now, war will break out!’ But, for people living here, it feels like the parents are fighting, and we kids are just in our rooms, hanging out, wanting to chill with our friends. The news cycle always plays up the conflicts, rather than exploring any nuance. In articles, they’ll quote American and Chinese academics, instead of people from Taiwan.

We also feel invisible in the global sense. For example, our athletes have to compete in the Olympics under ‘Chinese Taipei,’ instead of ‘Taiwan.’ Taiwan isn’t a member of the United Nations or the World Health Organization. But there are 24 million people here. We’re working hard, raising families, and trying to live our best lives. 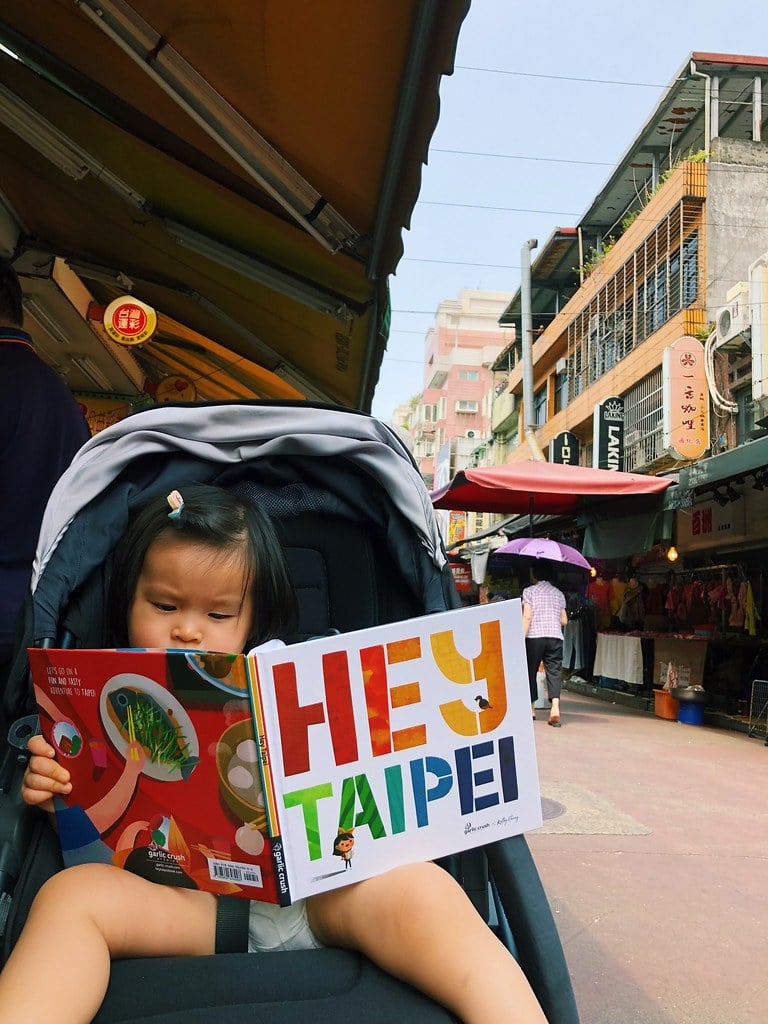 On developing pride: Growing up in Sydney, I didn’t feel Taiwanese. I would say, ‘I was born in Taipei and grew up in Australia.’ But as an adult, I realize that we should be proud and vocal about being Taiwanese. The Taiwanese diaspora should say, ‘I shouldn’t be okay with people assuming I’m from China or thinking I’m from Thailand! Taiwan a totally different place.’ That was why I wrote my children’s book: after Claudia was born, I wanted a children’s book about Taiwan in English. Being Taiwanese is special. I tell my daughter all the time: ‘We should invite everyone to come play with us here.’”

Thank you so much, Kathy!

P.S. Our Parenting around the World interviews, including Norway and Japan. 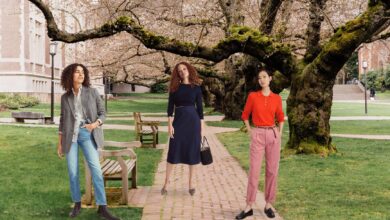 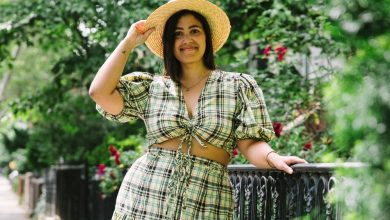 A Week of Outfits: Kim Anderson 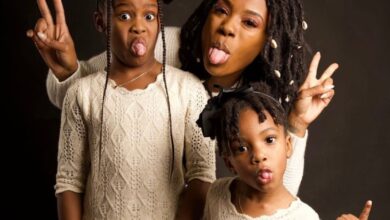 7 Tips for Co-Parenting | Cup of Jo 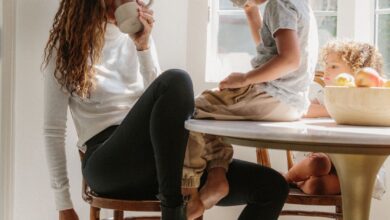