Among Jewish holidays, Purim is one of the most fun to celebrate. That’s because it’s not a time for fasting or solemn prayer. Rather, the springtime holiday feels much like one big party — with parades, carnivals, singing, dancing, eating and drinking.

With help from Edana Appel, director of camp and family programs at the Westside Jewish Community Center in Los Angeles, here’s a simple overview of Purim, the biblical story behind it, how it’s celebrated in the U.S., and why it’s important to the Jewish community.

The story of Purim derives from the biblical book of Esther. In it, Queen Esther was the wife of the Persian King Achaverosh; she was Jewish, although she concealed her Judaism.

Ester’s cousin Mordecai learned of a plot to kill the king and loyally reported it. But Mordechai did not bow to Haman, the king’s most powerful advisor.

As a result, Haman wanted to destroy all the Jewish people in the Persian Empire. But Mordechai appealed to Queen Esther to save her people, and she came up with a brave and bold strategy to dash Haman’s plan.

She invited the king and Haman to two banquets. At the second banquet, she revealed two shocking facts: first, that Haman wanted to kill the Jewish people, and also that she herself was Jewish.

As a result of these two revelations, courageous and clever Esther was able to stop the villain’s plot just before he could carry it out. Thus, it was Esther’s bravery that saved the Jewish people. The king punished Haman with death and appointed Mordechai, who had raised Esther after her parents died, as his deputy in Haman’s stead.

Mordechai is alternately described as Esther’s uncle, but Appel says the distinction isn’t important. “What is important about Mordechai is that he stands up first,” she says. “He refuses to bow down to Haman in the street and he is the only one. I think of it as his bravery inspired Esther’s. He is valuable because he recognizes that there is a need to stand up as a person with no power and then to leverage Esther’s power to save more than just one person.”

She says these two characters teach us about different kinds of bravery: when you are alone and must fight for your beliefs and when you must fight for others at your own risk. “It is kind of like Mordechai teaches us to fight for ourselves and Esther teaches us not to be a bystander,” Appel explains.

How Is Purim Celebrated in the U.S.?

Purim is based on four mitzvot (commandments) that Jewish people are expected to fulfill. These are:

In the U.S., Appel explains, most people celebrate Purim by hearing the story, attending a festive meal and attending a Purim carnival, with some also sending food gifts. “Many communities perform skits that tell the Purim story but use other themes like pop culture things,” she says.

“All of these work to achieve fulfilling the mitzvot of recounting the story of Purim and celebrating. We are commanded to have fun and be joyous in honor of Esther’s bravery.”

Traditional foods of Purim include the three-sided pastry known as hamentaschen. The treat symbolizes Hamen’s hat, and eating it is a way to symbolically destroy his memory. One of the most recognizable symbols of the holiday, hamentaschen can be made with fruit, figs, poppy seeds, chocolate or other sweet fillings.

Hamantaschen filled with chocolate and nuts.

Purim costumes are also popular, especially among children. The biblical characters of Queen Esther, King Achaverosh, Mordechai and Haman are all popular costumes. But as with the tradition of Halloween costumes, anything goes in the U.S.

Although costumes make the comparison to Halloween natural, Appel underscores the difference between the holidays. “The only thing that they have in common is costumes and the attitude of having fun — they have nothing else in common,” she says. “Purim is, in essence, a celebration of life and Halloween is kind of a celebration of death.”

Why Is Purim Important?

Appel explains that Purim is so important to the Jewish community because it’s just one among so many stories of triumph for a long- and harshly persecuted people.

“Purim represents another time in history when someone wanted to kill the Jewish people and we were able to thwart those plans,” she says. “The fact that this story is part of our history, where we were — and still are — being persecuted, yet, we are still here.”

It’s about strength, bravery and identity pride against staggering odds — meaningful amid the backdrop of increasing antisemitism. “Purim also provides us with an incredible story featuring a heroine who stood up for herself and her people in the face of a challenging cultural milieu,” Appel says. “In teaching Purim we always focus on Esther’s bravery and what it means to be proud of who you are and stand up for yourself and others.”

This year, Purim begins on the evening on March 16 and will continue until the following evening, March 17. Most of the time, the Purim celebrations are all held on the same day or as close as possible in the U.S., “considering it doesn’t really make sense to have a big carnival on a weekday,” Appel says.

Alesandra Dubin
Freelance Writer
Alesandra is a veteran digital journalist based in Los Angeles, who has covered travel, food, events, fashion and beauty, entertainment, home, parenting, and viral content for more than 15 years.

Skin-maker Dbrand is permanently bringing back its leather phone skins 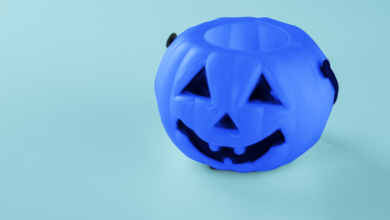 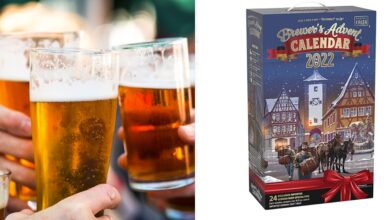 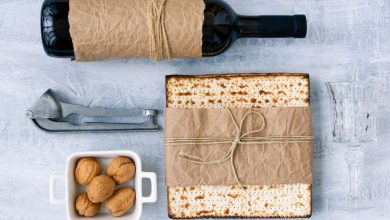 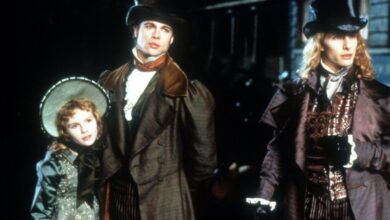 35 Vampire Movies to Watch for Halloween