After suffering an eight-point loss against the Chicago Bulls on Monday night, the Knicks were able to turn things around on Wednesday, starting strong and hanging on for a 107-103 win in Chicago.

One of the biggest reasons for New York’s turnaround on Wednesday was the play of starting point guard Elfrid Payton. The veteran guard played 34 minutes on Wednesday, scoring 20 points on 9-of-19 shooting to go along with eight rebounds and four assists in one of his better outings of the season.

Payton’s performance was a sharp contrast from what he was able to do on Monday, playing just 17 minutes and scoring only five points on five shot attempts.

Much has been made about the Knicks potentially moving rising rookie Immanuel Quickley into the starting lineup in place of Payton, but it was the veteran who collected most of the playing time on Wednesday, as Quickley played just 13 minutes, scoring nine points.

Payton was asked about the competition with Quickley pushing him as a player, to which his response was short and sweet.

But head coach Tom Thibodeau was a bit more loquacious after the game, praising Payton’s play and the professional way that he’s gone about his business.

Quickley has gotten many of the headlines this season, but Payton has quietly been putting up solid numbers, averaging 11.7 points, 3.7 rebounds, and 3.6 assists in 28 minutes per game.

And as Thibodeau explained, Payton has done a good job of doing what he’s been asked by the coaching staff. And if a 20-point outing like Wednesday’s comes along when the team needs it, Thibodeau knows the veteran guard can answer the call.

“We need everyone. Elfrid’s strengths are his defense, running the team, being an opportunistic scorer,” Thibodeau said. “So, I thought he was very aggressive. Everyone has confidence in him. Play as hard as you can. Some nights it’s his night. Some nights it’s someone else’s night. And that’s what I love about our team. We have to share in that, and we have to do it together.” 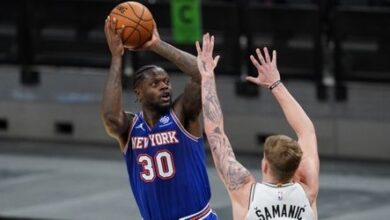 Knicks Takeaways from Tuesday’s 119-93 loss to Spurs, including a dreadful second half 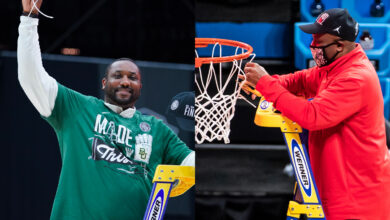 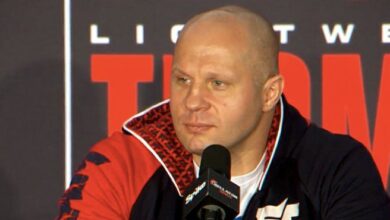