After three students died in a shooting at the University of Virginia, officials updated the shaken campus community during a Monday news conference. They announced that the suspected gunman, also a student, had been arrested after an overnight search. They identified the deceased students, all members of the football team: D’Sean Perry, Devin Chandler, Lavel Davis Jr.

The university’s police chief also mentioned that the suspect, Christopher Darnell Jones, had recently come to the attention of the university’s threat-assessment team — a group of officials who evaluate possible threats to campus safety.

In September, the threat-assessment team received word that Jones had made a comment to someone about owning a gun, though that person never saw the gun, said Timothy Longo, the police chief, who is part of the team. The comment about the gun, Longo said, was not accompanied by any threats.

“The office of student affairs followed up with the reporting person and made efforts to contact Mr. Jones,” Longo said. “In fact, they followed up with Mr. Jones’s roommate, who did not report seeing the presence of a weapon.”

It wasn’t the first time Jones had crossed paths with the threat-assessment team. He was involved in a hazing investigation focused on the football team; Jones was on the roster in 2018 but did not play in any games. The inquiry was closed after witnesses refused to cooperate. During that investigation, the university learned that Jones had been connected to a previous “criminal incident” outside Charlottesville, which involved a concealed-weapons violation.

Longo’s comments confirmed that Jones was on the university’s radar months before he was announced as the sole suspect in the murders of Perry, Chandler, and Davis. That revelation brought fresh attention to the role of threat-assessment teams in colleges’ security protocols.

The teams have existed for 15 years, but outside of student-affairs and campus-safety offices, their role isn’t widely understood. The Chronicle spoke to several higher-education experts about what threat-assessment teams do and potential concerns with how they operate. Here’s what you need to know.

What are threat-assessment teams?

Threat-assessment teams, sometimes referred to as behavioral-intervention teams, are groups of college administrators who meet to evaluate students — and, in many cases, faculty, staff, and outsiders — who have been flagged as possible threats to themselves or others.

In these meetings, which may occur monthly, weekly, or somewhere in between, officials share details on the dangers posed by the students, determine the seriousness of the threats, and decide on a course of action. Often, they’ll use a numerical rubric to make judgments.

People get so focused on students who might act out, but it could be a disgruntled employee.

The goal is to intervene before violence occurs by responding to warning signs, such as mental-health challenges or basic needs not being met.

Experts said there are two schools of thought when it comes to the teams. In one model, the teams focus on students who pose real threats to their own safety or campus safety as a whole. In the other, more common, framework, the focus is on helping students who are at any risk level, including those at risk of academic failure.

This broader approach recognizes that, in many cases, the students who are at risk of committing violence are also the ones struggling psychologically, socially, and academically, said Victor Schwartz, a psychologist and former official with the Jed Foundation, a suicide-prevention group. He now advises colleges on mental health.

“Over time, threat assessment became one narrow lane within a much wider effort to provide early identification and early intervention for students struggling in any way,” Schwartz said.

How did the teams get their start?

Threat-assessment teams proliferated in higher education following the 2007 Virginia Tech shooting, where a student gunman killed 32 people before turning the gun on himself. Some on campus had known about the gunman’s mental-health troubles and violent intentions, but no one had connected the dots.

“There was no central hub of any wheel that was getting information and sharing information,” said Jeffrey J. Nolan, a lawyer who works with colleges. “Instead, there was a care team in the middle that got bits and pieces. There was lots of information about the offender that never made it to a centralized place.”

It’s not clear how many colleges have threat-assessment teams, but 633 institutions are members of the National Association for Behavioral Intervention and Threat Assessment, known as Nabita. Some states, including Virginia, now require public colleges to have such teams.

Who serves on the teams?

Membership varies from college to college, but experts said that they often include officials from the departments of public safety, residence life, and student conduct, as well as representatives from the dean of students’ office, the Title IX office, and the counseling center.

UVA’s team has representation from at least 12 offices, including the campus-safety department, the general counsel’s office, and the student-affairs office.

“Usually you want the people who are likely to interact with students when they’re in distress of some kind,” Schwartz said.

A focus on students can come at the expense of awareness of faculty threats, said Jody Shipper, a co-founder and managing director of the higher-ed consulting firm Grand River Solutions. For larger teams, it can be good to have representatives who can speak to issues involving faculty and staff, such as human-resources officials.

“That doesn’t always happen,” Shipper said, “because people get so focused on students who might act out, but it could be a disgruntled employee.”

What do teams do once they determine that a student or someone else is a threat?

If a threat-assessment team determines that a student is in imminent danger of hurting themselves or others, the team will get law enforcement involved right away. If the risk is less immediate, like if a student is struggling in class, the team will create a management plan.

“You want the most benign intervention to go first,” Schwartz said. “And then you go to deeper interventions depending on the seriousness and acuity of the situation.”

Shipper said it’s important to remember that the team is not a substitute for law enforcement. Rather, it’s a tool for sharing information, identifying threats, and determining what other information is needed in order to respond appropriately.

At times, Shipper said, it may be necessary to have outside experts weigh in. Officials may also need to contact people, such as family members, who are close to the person of concern, to gather more information about their state of mind.

Are there concerns about how the teams operate?

One of the major concerns surrounding threat-assessment teams is student privacy.

Students typically don’t know they’re the focus of a threat-assessment investigation, and may be alarmed if they get a call from an official they don’t know asking about their well-being.

“You don’t want this campus to begin to feel that the slightest thing leads to overreactions, because then people won’t report stuff,” Schwartz said. “So there needs to be a really careful titrating of responses — not to underrespond and not to overrespond.”

For example, Schwartz said, a police response may not be appropriate for a student experiencing mental-health distress or substance-use issues.

Plus, Nolan said, in many cases, the student hasn’t done anything to break the law. “A lot of the information gathering is not a law-enforcement function,” he said.

What are some best practices for threat-assessment teams?

Shipper said that threat-assessment teams should be narrowly tailored. Administrators in certain roles, she said, should be “identified and required” to be part of the groups.

“This isn’t an all-volunteer thing, as in you put out an all-campus request” saying “‘Who wants to serve?’” she said.

The team also has to figure out how it will receive reports, Shipper said — directly, through a triage process, or from the campus-safety department.

Good teams, she said, also practice how they would respond to reports.

Despite this week’s tragedies at UVA and the University of Idaho, Schwartz said it was important to remember that colleges are relatively safe places to be and that in general, support systems for at-risk students work well.

“We don’t hear about all of the tragedies that are averted,” he said. “We only hear about the ones that go badly.” 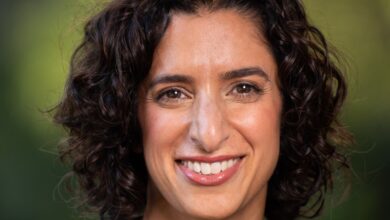 When Considering the Fairness of Race-Conscious Admissions, Don’t Forget to Get Over Yourself 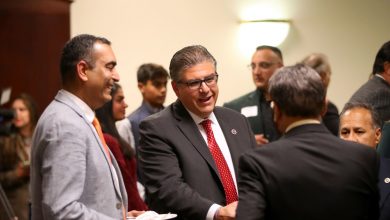 Ex-Cal State Chancellor Who Resigned Under Fire Will Receive $450,000 Settlement 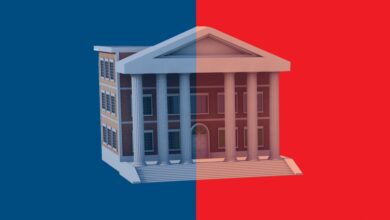 College Is a Dividing Line in Politics. Here’s What You Need to Know. 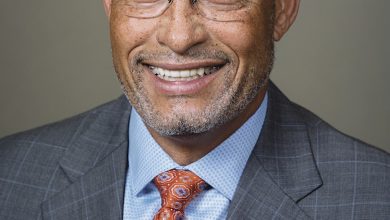