Blood clots can affect people of all ages, according to the Centers for Disease Control and Prevention (CDC), and several factors can increase risks including hospital stay or surgery, obesity, hormonal birth control and injury.

The CDC estimates venous thromboembolism (VTE), or clotting in the veins, affects some 900,000 Americans annually, and 100,000 succumb to blood clots each year. VTE includes other forms like deep vein thrombosis (clotting usually in the legs or arms) and pulmonary embolism, a potentially fatal blockage in the lungs.

Another severe, rare type of clotting prompted federal health officials to recommend a pause in Johnson & Johnson COVID-19 vaccinations. On Tuesday, officials with the Food and Drug Administration said six instances of cerebral venous sinus thrombosis (CVST) in combination with low platelets was reported among over 6.8 million vaccine recipients.

According to Johns Hopkins Medicine, CVST is a “rare form of stroke” said to affect five in 1 million people each year. It “occurs when a blood clot forms in the brain’s venous sinuses. This prevents blood from draining out of the brain. As a result, blood cells may break and leak blood into the brain tissues, forming a hemorrhage.”

All six cases involved women between the ages of 18 and 48, and symptoms occurred between six and 13 days post-vaccination. FDA officials said one case was fatal, and another patient is in critical condition. The pause will now give experts time to review available data and inform health care providers how to properly treat CVST with low platelets, which requires an alternative therapy compared to other clotting issues.

So far, however, FDA and CDC officials said it was too early to single out particular subgroups considered at-risk for developing this type of clot after vaccination.

Dr. Peter Marks, director at FDA Center for Biologics Evaluation and Research, said a probable cause behind the clotting that occurred among vaccine recipients might include a similar mechanism seen with AstraZeneca’s product, another adenoviral vector vaccine being rolled out in Europe, in which a rare immune response occured post-vaccination, leading to activation of platelets and “extremely rare” blood clots.

A safety committee for Europe’s regulator confirmed last week that the benefits of AstraZeneca’s COVID-19 vaccine continue to outweigh risks of side effects, after a review of rare and unusual blood clotting reports among vaccinated adults. Officials noted the clotting predominantly affects those younger than 60 and women, but could not recommend any specific measures to reduce risk.

“Based on the current available evidence, specific risk factors such as age, gender, or previous medical history of clotting disorders have not been able to be confirmed as the rare events are seen in all ages and in men and women,” said Emer Cooke, executive director of the European Medicines Agency (EMA).

As of April 4, the EU drug safety database received 169 total cases of CVST and 53 cases of splanchnic vein thrombosis (SVT) amid a backdrop of 34 million vaccinated individuals.

YOU GOT JOHNSON & JOHNSON’S COVID-19 VACCINE: WHAT SHOULD YOU DO?

Nevertheless, if an individual was vaccinated with the J&J shot over a month ago, the related risk of blood clotting is very low, FDA officials said. If vaccination occurred in the last couple of weeks, patients could monitor for severe headaches, abdominal pain, leg pain or shortness of breath. If these symptoms occur, individuals should contact their health care provider and seek medical treatment, the FDA said. Of note, these symptoms are different from the flu-like symptoms that can crop up in some people shortly after COVID-19 vaccination, and tend to resolve over several days.

“Right now, these adverse events appear to be extremely rare,” the FDA said on Twitter. “Treatment of this specific type of blood clot is different from the treatment that might typically be administered.”

At this time, there is no clear association between the clotting events and oral contraceptives, or the birth control pill, in the six reported cases, the FDA said. While the cases occurred in women under 50, not all the cases involved predisposing conditions. Dr. Janet Woodcock, acting FDA commissioner, noted it was difficult to form generalizations based on six reported cases, and officials would not speculate over the number of possible additional cases.

Is Chelsea vs Porto on TV tonight? Kick-off time, channel and how to watch Champions League fixture 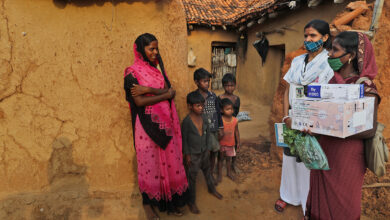 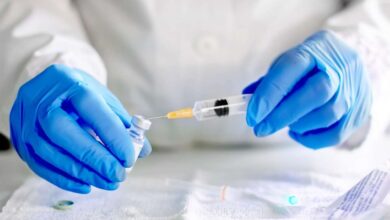 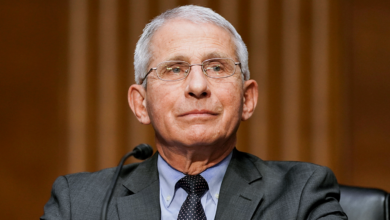