Nationwide, fewer high-school seniors are choosing to enroll in college immediately after graduation. In some states, not even half of high-school graduates are pursuing higher education, according to the latest data available.

For many states, this shrinking number comes as another grim sign for college-enrollment prospects and for future work forces — especially since students who do not enroll right away are less likely to earn college degrees at all.

Students “have more options than ever before.”

Recent state reports in Indiana, West Virginia, Arizona, Kansas, and Tennessee highlighted significant declines in college-going rates, which reflect the percentage of public high-school graduates who enroll in college within a year. The drop is even larger across the board for low-income students, for Black and Hispanic/Latino students, and for men.

Last week, the Indiana Commission for Higher Education revealed that the college-going rate for 2020 high-school graduates declined six percentage points from 2019 — the sharpest one-year decline in at least a generation. Just over half of the class enrolled in college immediately after graduation, and less than half of men did, a first for the state.

These steep drops were also seen in Tennessee, where a report released in May found the college-going rate had decreased by nine percentage points, to 53 percent, between 2019 and 2021.

While college-going rates have been steadily declining over the past decade, the trend during the pandemic has been “unprecedented,” according to the National Student Clearinghouse Research Center. The national college-going rate for 2020 graduates dropped by four to 10 percentage points, with high-poverty secondary schools experiencing more severe declines, from 55 percent to 45 percent between 2019 and 2020.

The Chronicle talked to enrollment experts, state higher-education officials, and college counselors to figure out why this drop is happening and what can be done. They pointed to barriers like cost, lack of support in high school, mental-health concerns, competing options, and a shifting perspective on the benefits of college — all of which disproportionately affect disadvantaged students.

“Too many individuals are being left out of the opportunities that accrue with some training and education beyond high school,” said Chris Lowery, Indiana’s higher-education commissioner.

David Strauss, enrollment expert and college consultant at the Art & Science Group, said colleges are facing a “triple whammy” when it comes to demand for higher education.

“The first whammy is that the number of students graduating from high school is down and has been going down for quite some time in most areas of the country,” Strauss said. “The double whammy is college-going rates: If the percentages go down, then the pool shrinks even more. And the triple whammy is the things that have been knocked off track by the pandemic, or have caused people to think of alternatives because of the pandemic.”

Enrollment is becoming a game of winners and losers, Strauss said. Demand for elite institutions continues to grow, while many in-state public universities and community colleges are losing students.

In Indiana, nearly the same number of high-school graduates went to private or out-of-state colleges in 2020 as in 2019 — meaning the drop in college-going was absorbed almost entirely by in-state public and community colleges.

In Kansas, community colleges are also taking the largest hit. Chair Cheryl Harrison-Lee of the Kansas Board of Regents said that indicates a larger equity issue.

Most of the students that higher education “has traditionally not served — our first-gen, our students of color, our rural students — their point of entry is at community college,” Harrison-Lee said. “So, we must make that community college entry point easier, and an easier path for them to move to the four-year degree.”

College counselors who work closely with high-school students report that pandemic-related stress is playing a role, said David A. Hawkins, chief education and policy officer at the National Association for College Admission Counseling.

“The sources of stress undoubtedly stem from the traumatic effects of the global pandemic, ranging from social isolation to financial hardship to academic burnout and more,” Hawkins wrote in an email. “All of these factors have combined with a difficult economy to make the transition to college more difficult and less feasible for many students.”

Bryan Pisetsky, a college counselor at Marana High School, in Arizona, has noticed that not as many of the students in his school’s 500-person graduating class are choosing to enroll in college immediately.

The first barrier is money, he said. But the main factor, he believes, is that students “have more options than ever before.” Pisetsky’s school district offers robust technical-education programs, some in partnership with the local community college, and they have been gaining popularity in recent years.

“Our students are graduating with certificates in dental hygiene, medical assistance, automotive, culinary — so they go right into the work force with a certificate in hand and make really good money. Most of them can make more than I do,” Pisetsky said. “So that’s more appealing to them than, you know, graduating with thousands of dollars of debt.”

But technical-education programs can have long wait lists. Kelly Pietkiewicz, scholarship coordinator for the Community Foundation of Middle Tennessee and a former college counselor, said some students in Tennessee have to wait a full year to get into the automotive program.

And by the time a spot becomes available, going back to college is no longer an option.

“If you graduate and start working and your family is relying on that income, but then you get a spot into school, it’s very hard for you,” Pietkiewicz said. “They’re going to stay at one level with just the high-school degree and not be able to move up because they can’t take a break in their life at that point.”

In the backdrop of high-school students’ choices is a larger debate about whether formal education after secondary school is economically necessary. Research suggests that a college degree leaves people better off, but young people aren’t so sure.

In Indiana, Lowery sees this doubt playing out. “One of the perceptions that individuals get is that all students walk away from college with a $150,000 debt and the inability to find a job,” he said.

While students’ having more options is not inherently a bad thing, experts say, equity gaps could expand if fewer disadvantaged students go to college.

The high-school-graduate population is diversifying, including more Hispanic and Latino students, Strauss said. But these students also face the largest barriers to enrolling in college. “The college-going rates are dropping just because of who’s now in the pool,” Strauss said.

Disadvantaged students are left even further behind when they do not have a support system to help them through the college-admissions process, Pietkiewicz said. In Tennessee, Pietkiewicz examined federal data and found that nearly all of the state’s public high schools have a student-to-counselor ratio above 250 to one.

College counselors are taking on more responsibilities, like supporting students’ mental health, so they have even less time to focus on college admissions. And as both parents and students continue to face the complex hardships caused by the pandemic — financial, social, health-related, and more — college falls to the back burner for them, too, Pietkiewicz said.

“Kids just have competing priorities, and if they don’t have someone to guide them through that process, why are you going to take on what seems impossible when you don’t have the confidence to take it on because you don’t have the knowledge of the system?” she said.

The primary way to increase college-going, experts said, is with better financial support.

In Indiana, Lowery said, officials are trying to increase enrollment in the state’s 21st Century Scholars program, which offers free or reduced tuition to low-income students and guides them through the college-application process beginning in middle school. Eighty-one percent of students involved in the program immediately enroll in college, but only about half of eligible students sign up. Lowery is pushing for an autoenroll system.

In Kansas, Harrison-Lee is pushing for streamlined general-education requirements that will give students a “clear path” to community college, and then on to a four-year degree. The state is expanding college-advising programs in high schools to ease that transition. Kansas colleges will also shift away from using standardized-test scores in admission decisions, she said.

Colleges hoping to stay competitive in a market with shrinking demand need to develop a distinct experience they can offer to students, Strauss said. And they need to figure out how to support an increasingly diverse pool of high-school graduates.

This will probably not raise the overall rate of college-going, or allow every college to succeed, Strauss said. “But it gives the institutions that do it successfully a greater chance at carving out a larger piece of a shrinking pie.” 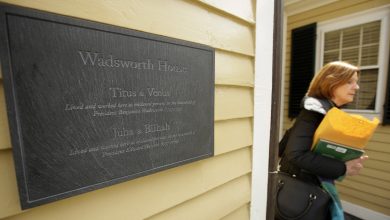 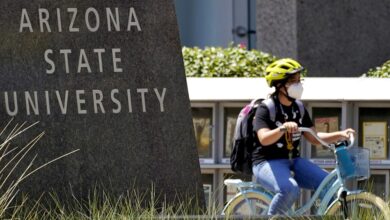 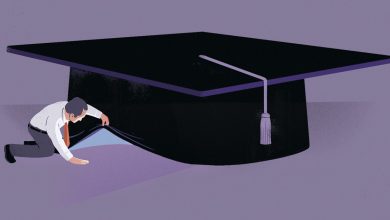 The Latest College Scorecard Update Is Out. Individual Institutions Are Back in the Spotlight 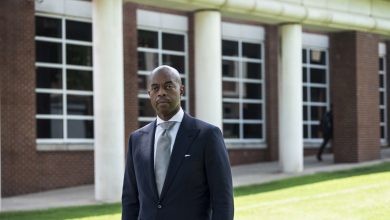 A Long-Neglected HBCU May Finally Get Its Money