When my sister-in-law was pregnant with her first baby, she told me that she wasn’t going to breastfeed. “I don’t want to,” she explained. “Plus, I want to be able to share feeding responsibilities with my spouse.” And that was that! I remember being in awe of her confidence — because I felt so much pressure from friends, relatives, hospitals and even strangers on the street to breastfeed. But BABY FORMULA CAN BE A SANITY SAVER AND EVEN LIFESAVER for many families. Here are a bunch of wonderful mothers talking about their formula experiences…

A few weeks ago, I republished an old breastfeeding post and noticed a recurring topic in the comment section: many mothers expressed shame and guilt for taking another path — formula feeding. “Breastfeeding is wonderful when it works, but god help the mother when it doesn’t,” wrote Ellie, a pediatrician who wasn’t able to breastfeed her (now thriving, smart, kind nine-year-old) daughter. “You can feel crushed by shame.”

Christine, a military wife, had three sons in less than three years. But while formula feeding worked best for their family, she felt the burden of the stigma: “I’ll never forget being at a ‘spouse coffee’ (an event common in the army) and hiding in a bathroom to mix my son’s bottle. Or the time another well-meaning, over-supplying spouse in our unit offered to pump extra so that I could feed my baby ‘the best instead of formula.’”

The pressure can come from all sides. “I received an unbelievable amount of judgement from people over my decision to formula feed — from the nurses at my OB’s office to friends to literal strangers on the street,” says Mia. Another mother named Bonnie, who lives in Germany, agrees: “I can’t tell you the number of times that strangers (strangers!) stopped me on the streets to ask, ‘Stillst du?‘ (Translation: do you breastfeed?)”

Parenting books don’t help either. Says Suzannah: “It feels like for every 10 pages about the benefits of breastfeeding, there is a small paragraph at the end that says, ‘And if you have to use formula, that’s fine too.’ It’s very challenging to not feel like your child is going to miss out on all the physical, mental and social benefits listed in the previous pages.”

A mother named Hannah agrees: “I only ever see infographics on yada yada benefits of breastfeeding (which, awesome, there are a ton!) but there are also benefits to formula feeding. What serves one family may not serve another and that is completely okay!”

MANY REASONS WHY FORMULA CAN BE BEST FOR SOME FAMILIES

The “breast is best” mantra echoes through popular culture — and for some families, that’s all well and good — but there are many reasons why formula might be the best choice for other families.

First of all, breastfeeding may not be physically possible. With her first two babies, Alissa had mastitis six times (which led to two hospitalizations), bleeding nipples, and more plugged ducts than she could count. Pumping also took over her life: “I work full-time and have spent over a hundred hours pumping in various windowless rooms,” she says. With her third child, she did every home remedy imaginable (probiotics, sunflower lecithin, cold cabbage, heat pre nursing, cold post nursing, vibrating massager, different nursing positions, nipple guards, etc), and saw three different lactation consultants. “All this work to avoid mastitis culminated with another round last week and a family falling apart along with me,” she says. “Which is when I finally said, ‘Enough.’”

Other mothers may have a low milk supply or find nursing extremely painful. “I was absolutely shocked at the crazy intense pain it caused — gasping-out-loud-tears-streaming-down-my-face pain,” remembers Liz. “My hospital had plenty of lactation and postpartum nurses, and every single of one of them gave us different, often conflicting advice.” Her friends assured her it would get better after six weeks — which felt like an eternity. “Six weeks of gut-wrenching, biting-my-lip pain every hour? Also, my breasts were painful to the touch — I could barely wear a T-shirt or take a shower. I kept thinking, ‘How does the human race go on if this is the average experience?’”

Breast reductions can also affect the ability to breastfeed. Kelly had a breast reduction at age 19, which she credits with allowing her to live an active, healthy, confident life. When her daughter was born last year, she wasn’t able to breastfeed and gladly moved to formula: “I feel proud of my choices, my body, what it’s been through and what it has accomplished.”

Adoptive and foster parents typically bottle feed their children. Megan, a single parent by choice, became a foster mom (and, later, an adoptive mom) to a three-day-old girl. “I was given instructions that formula was the only thing I should feed her and that I shouldn’t pursue trying to get breast milk from a bank or anything like that,” Megan remembers. “So, she remained a very happy, healthy formula-fed baby!”

Past sexual experiences or trauma may make breastfeeding difficult or impossible. “I chose formula feeding because of past sexual trauma,” says Ashley. “I know enough about myself to know that I get touched out VERY easily and that it would ultimately hurt my bond with my child.”

And with breastfeeding comes a risk of postpartum depression and anxiety. “With my first child, I breastfed exclusively for nine months and had a difficult time weaning,” says Caitlin, who was then diagnosed with postpartum depression and anxiety. “I even landed in an ER at 2 a.m. with a panic attack.” When her second daughter was born this past December, she chose to go with formula.

A mother named Sari also suffered from severe PPD and PPA after the birth of her son. “The thought of breastfeeding made me spiral into a deep scary depression.” Formula allowed her husband, parents, in-laws, and friends to feed her son when she was unable to. Thankfully, Sari recovered, and her son is now a healthy, happy two-year-old. “Formula saved both of our lives,” she says.

Other mental health issues may make formula the right decision. Diagnosed with bipolar disorder at 21, Charis learned that getting pregnant while on her daily medication — lithium — could harm her future baby. Fast forward a decade: Her psychiatrist gradually reduced her medication and met with her regularly until the birth of her first daughter to ensure her mental stability. “As soon as I was out of the recovery room, I popped my first dose of lithium in nine months,” she says. “Formula feeding was never a negative for me: in fact, I was so grateful to be able to have a child, I never even thought I was missing out. My two girls are happy and healthy, and my mental health is stable.”

Finally, demanding careers can be another factor in feeding decisions. Lindsey began a Ph.D. program soon after her son was born. “Formula was a godsend for us given the tricky logistics,” she says. “It was difficult to set aside the time to pump on campus between classes, seminars and meetings. Once my husband advocated for formula, and we made the transition, I felt so unburdened.”

ALSO, YOU DON’T NEED A REASON

Like my sister-in-law, some mothers simply don’t want to breastfeed, and that’s 100% valid, as well. “I knew from the very start that I would be a formula mom,” says Danielle. “I never had any doubts that it would work best for me and my life. There was the practical side: I was going back to work sooner, I wanted dad to be able to feed her, I was formula fed myself, and I just blatantly did not want to breastfeed. No doubt countless women would say I should get over it and do what is best for my daughter, but I did — she had a happy mom who was rested.”

A mother named Maggie also had no interest in breastfeeding. “My two siblings and I were all formula fed, and it just seemed normal and natural to me,” she says. Her children — now three and six — are healthy and thriving. “I wouldn’t change my decision for anything.”

Photos by Elese and Kelly.

BONUS: OTHER LOVED ONES CAN FEED THE BABY

When you’re breastfeeding, you’re often the sole feeder of the baby. But! With formula, anyone can handle feedings — spouses, grandparents, siblings, aunts, uncles, friends, the list goes on.

“My husband was able to be a total partner; we were equally connected to our babies from the start,” says Ellen. Plus, since you can share the shifts, you can both get longer stretches of sleep. Says Suzannah: “Seeing my husband feeding our daughter and doing skin-to-skin contact made my heart melt. This is true of anyone who now gets to share in the ritual of feeding her — grandparents, friends, etc. There are so many arms she can turn to in her life.”

THE PARENT/CHILD BOND WILL ALWAYS BE THERE

One worry parents can have about formula feeding is: What if we don’t establish that bond? “Sometimes I’ll think, ‘I wish I could pop him on my nipple and have that immediate connection,’” says Hannah. “But that comes from an idealized, mother Mary vision of nursing.” YOUR BABY WILL ADORE YOU, NEED YOU, GAZE AT YOU, IDOLIZE YOU no matter how you feed him or her.

Here are some testimonies:

“My turning point came when I realized he really didn’t care what or how he ate, he just wanted to feel safe and close to me during meals. That’s it! He just wanted his mama.” — Ellen

“We have an amazing bond, she’s healthy as a horse and we’re all happy.” — Danielle

“I thought I would feel devastated but instead I feel free. We are so blessed to live in an age of incredible formula. Holding my baby close to my chest while bottle feeding is still very much a bonding experience.” — Alissa

“At first, I worried that we wouldn’t bond as much. However, I quickly realized that wasn’t going to be the the case! I have so many memories of middle of the night feedings where it was just my baby and me, rocking and singing while they ate. Their tiny hand wrapped around my finger.” — Ellen

“My bond with my daughter is unquestionable. Those sleepless nights are the same with a bottle or breast!” — Kelly

“Feeding them at night, holding them close, kissing their cheeks, those are still the sweetest moments of my life.” — Brittni

“And can I tell you? Formula feeding rocked. [With my depression ending], I finally fell in love with my son and with feeding him. We had delicious milk and snuggle sessions, epic post-bottle naps, and so much cooing, singing, and gazing into each other’s eyes. Formula connected us in a way that breastfeeding never could have, and I’m endlessly grateful we found it when we did.” — Ellen

CONCLUSION: DO WHAT IS BEST FOR YOUR FAMILY, ALWAYS AND FOREVER

If you need it, this post is here to give you permission: Go with formula, if that is the best choice for you, your baby and your family. You are the parent. You can make the decisions that are right for you. “Fed is best, and you don’t have to suffer to be a good mom,” says Suzannah. “Your child is only little for a brief moment in time, so enjoy it.”

Sending love to all the wonderful parents out there. You are doing a great job. xoxo 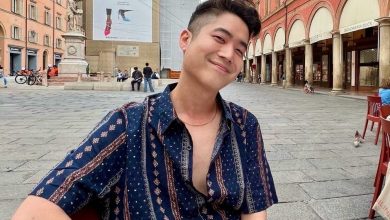 “What Movies and Shows With Gay Characters Have Meant to Me” 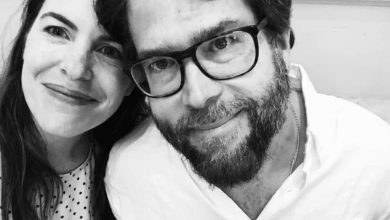 A Love Letter to My Anti-Anxiety Medication 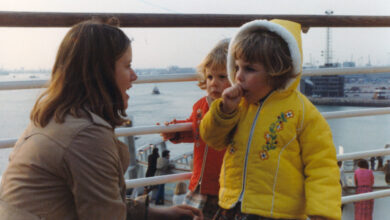 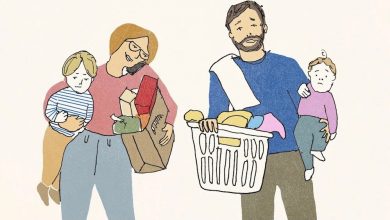 15 Valentine’s Day Gifts for Every Type of Relationship