As smiles begin to re-emerge on the runways, Annika Lautens explores the evolution of model moods.

“You smile a lot” has become my unofficial tag line — well, it’s not so much my tag line as it is a statement that always seems to find me. While those closest to me have learned to not only accept but also cherish my eternally optimistic outlook (“It’s a quintessential Annika-ism,” declared a friend), strangers are mystified, reacting as if they are seeing a pair of Balenciaga’s bright-green high-heeled Crocs for the first time. “But why?” they imply through their quizzical looks and fidgety body language. In an ironic twist of fate, I suddenly found myself asking the very same question — just not about me. After nearly two decades of sporting pouts and blank stares on the runways, models were seen actually smiling (gasp!) for the Spring 2022 shows.

Giorgio Armani’s muses sauntered blissfully as if on an oceanic stroll; at Chanel, models danced down the catwalk, twirling and hairflipping for the photographers; flashes of pearly whites added to the joie de vivre at Zimmermann; and even Monique Lhuillier and ERL, both of whom chose to release photographs in lieu of putting on shows, managed to capture a few happy faces.

In my attempt to simultaneously defend my demeanour and uncover the answer to this catwalk conundrum, I discovered that the industry’s penchant for the swing of the pendulum is partially responsible for this fanatical facial transformation: If fashion is heading in one direction, it must eventually go in the opposite.

The same is true for models, whose expressions have swung from aloof to elated over the decades. According to Rebecca Halliday, assistant professor at The Creative School (formerly the faculty of communication and design at Toronto Metropolitan University) and author of The Fashion Show Goes Live, it all began in the 1800s, when Charles Frederick Worth — the inventor of the couture salon presentation — referred to his shows as “mannequin parades.” “The ‘unsmiling model’ is the product ultimately of a European preference for a certain conformity,” she writes in an email. “The runway model is derived from the concept of the actual mannequin, so there’s a sense of blankness that fashion came to expect from these women.”

Just don’t confuse an empty stare for an empty pocket. Stoicism also reflected an air of wealth and status, points out Cathy LeDrew, president of Toronto-based LeDrew Models. LeDrew, who has represented the likes of Chanel Iman, Malin Akerman and Monika Schnarre, says that in the 19th century, models were asked to essentially emulate painted portraiture, where happiness was historically associated with the poor, the mentally ill or the drunk — certainly not great company for couture.

LeDrew says that the rise of ready-to-wear in the 20th century introduced an alternative to the stiff scowl of French houses. Mary Quant, who has been credited with pioneering the ’60s miniskirt, was one of the first to embrace elated expressions and actually instructed her models to smile when they were presenting her designs.

However, for the transformation from glares to grins to take full effect, it took the work of not one but five gorgeous women: Linda Evangelista, Naomi Campbell, Cindy Crawford, Claudia Schiffer and Christy Turlington. Contrary to fashion folklore, these supers didn’t become stars overnight. Dr. Sonya Abrego, design historian and assistant professor at New York’s Parsons The New School, defines the ’80s as “an acceleration of what was already going on in terms of the celebrity and designer culture.” These models reached bona fide pop icon status (with paycheques to match) through unparalleled exposure in magazines, music videos, runways, commercials and billboards. “It changed from the clothes being the most important thing on the runway to the models,” notes LeDrew. The supers’ personality-driven and joy-filled catwalks famously culminated in Versace’s Fall 1991 show, when Evangelista, Campbell, Crawford and Turlington closed the presentation by linking arms and lip-synching George Michael’s “Freedom! ’90,” recreating his iconic music video onstage.

But to paraphrase Sir Isaac Newton, mouths that turn up must eventually come down. Although there’s no definitive moment at which a joyful countenance was outlawed, new deconstructionist designers, teenage angst and the rise of “grunge” and “heroin chic” and its poster child, Kate Moss, eventually led to the model pout we’ve all come to recognize

Japanese designers Yohji Yamamoto and Rei Kawakubo (creative director for Comme des Garçons) arrived in Paris in the ’80s; their dark and disturbing design mentality diametrically opposed the theatrical opulence that defined the era. “The aesthetic was pared back so it would look almost goofy for models to have a grin or bouncy walk while wearing those clothes,” says Abrego. The trend was also born from the oppositional effects of the ever-swinging pendulum, and flirtatious runway walks were superseded by serious stomps.

But what ultimately cemented the facial transformation was the need for models to return to their mannequin roots and the garments to reclaim centre stage. “Critics around that time were feeling that fashion shows had become a forum for the display of the celebrity rather than a presentation of the clothes themselves,” says Halliday. “So part of the return of the less-performing (but still-performing) model was a stripping down of the fashion show into its core components.”

Perhaps it’s no surprise that as we deal with the bleakness of a global pandemic, the prospect of seeing pearly whites is more irresistible than ever. While spring and summer have come to represent a yearly renaissance of shorter pants, exposed toes and floral prints, in 2022, “they are also celebrating the re-emergence of in-person shows and simultaneously a throwback to a time when fashion felt like it could embrace some excess and spontaneity,” reflects Halliday. “It’s nice to see people’s entire faces again, even if it’s just for a moment!”

It seems that in these models and designers, I’ve finally found a kindred spirit. As I watched 2022’s new muses dance down the Chanel catwalk to a contemporary cover of “Freedom! ’90” by Christine and the Queens, I felt a wave of hope wash over me — not because I’m a fan of George Michael or shoulder pads in general but because, for now, smiling is cool. At least until the next fashion cycle.

When College Students in Crisis Ask for Help, Will They Be Kicked Off Campus? Depends on the College. 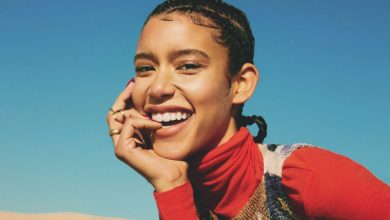 Dilone Is Living The Life She Always Wanted To Live 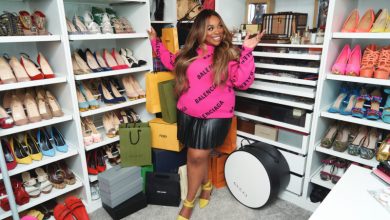 This Canadian Collector Has Amassed 250 Pairs Of Designer Heels 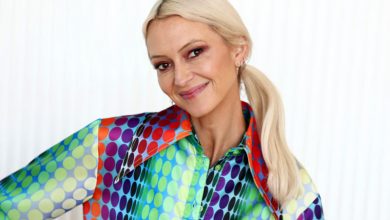 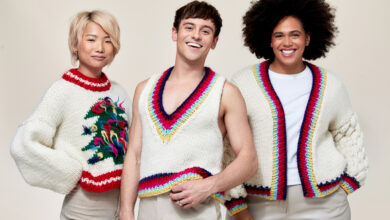