As the fall semester begins, thousands of students will return to campuses that have taken the uncommon step of dropping their Covid-19 vaccination mandates.

Their rationales reflect the still-complicated reality of a policy once hailed as critical for getting “back to normal” on college campuses. Although few colleges have gone so far as to reverse existing mandates, the changed rules are part of a trend toward more relaxed Covid-19 protocols across all of higher education. And they reflect a country that’s going back to normal with fewer vaccine mandates, not more.

For some colleges, changes in state laws and politics forced the shift.

Grinnell College had been the only college in Iowa to require students to be immunized against Covid-19 when state lawmakers passed legislation prohibiting such requirements at all licensed child-care centers and public and private schools and colleges until 2029. Now, said Ellen de Graffenreid, Grinnell’s vice president for communications and marketing: “We’re doing what we can with the environment we have.” For example, she said, high-quality masks are required indoors for the first two weeks of the fall semester, recognizing that students may pick up infections while traveling to campus.

When Glenn Youngkin became governor of Virginia in January, he signed an executive order ending the vaccine mandate for state employees, which includes workers at public colleges. The vaccination requirement was “harmful to their individual freedoms and personal privacy,” the executive order reads. Weeks later another newly elected Republican, Attorney General Jason Miyares, issued a legal opinion stating that public colleges can’t compel their students to be immunized against Covid either. In response, George Mason University, the University of Virginia, and Virginia Tech, among others, ended their requirements.

Other colleges dropped their mandates of their own free will, without legal pressure. They cited other barriers.

Salt Lake Community College leaders decided to end their campuswide requirement in April, after hospitalizations and deaths from Covid-19 in the surrounding county had declined steeply from their all-time highs in January 2022. The requirement had been challenging to administer, especially with the exemptions, required by state law, to accommodate medical needs and personal beliefs, said Charles W. Lepper, vice president for student affairs. In addition, after some time, leaders noticed that student and employee vaccination rates had plateaued. The mandate, with its generous exemptions, wasn’t pushing more people to get the shots, as mandates often can.

At first glance, the University of Hawaii system might be a surprising entry on the list of colleges to voluntarily drop mandates. Hawaii is one of the more highly vaccinated states and, until March 2022, maintained strict vaccine-or-test requirements for visitors. Once that was lifted, however, so was the university system’s mandate.

Leaders feared that the old vaccine policy kept lower-income and underrepresented minority students from enrolling. The system doesn’t have hard data showing so, said Lee Buenconsejo-Lum, an associate dean in the Manoa campus’s school of medicine and adviser to the Manoa president on Covid policy, but “the campuses that were in communities with lower vaccination rates were the ones that were most concerned about the vaccine mandate exacerbating inequities.”

The system, which has 10 campuses, including universities and community colleges, is open to reinstating a Covid vaccine mandate in the future, she said. “If there’s some huge shift and people get so sick they’re being hospitalized and/or we see the death rates going up again, then yeah, we’d consider it.”

Kent State University, the University of Cincinnati, Utah State University, and the nonresidential campuses of the University System of Maryland are other examples of institutions that ended mandates without legally being required to. In July, Roger A. Ramsammy, president of Hudson Valley Community College, tried to end his after he was told the student leadership thought it was “fundamentally unfair” that students had to be vaccinated while employees didn’t. Ramsammy announced students didn’t have to be vaccinated for the fall, at which point the State University of New York stepped in, saying Hudson Valley, a SUNY campus, had to adhere to the system’s student mandate.

Public-health experts had mixed opinions about the possible effects of a lifted Covid vaccine mandate. Rebecca L. Smith, an epidemiologist at the University of Illinois at Urbana-Champaign — which still has its vaccine mandate — said it was possible that a dropped mandate might not make too much of a difference to the wider community. The vaccines still protect individuals from getting seriously sick and dying from Covid-19. But, because the Omicron variant’s latest subvariants are very efficient at infecting people who are vaccinated and boosted, it’s unclear now how much one person’s vaccine protects others.

Still, she was glad UIUC maintained its mandate. “I know that the vaccine protects people, and even if it’s not effective at the community level, I want to see people protected,” she said.

Smith said the coming Omicron booster shots — to be rolled out next month — aren’t a sure bet either because they’ve been tested so far only in mice, using an expedited process similar to what’s used for annual flu shots. (New flu variants also evolve too quickly for extensive human tests.) “We know it’s safe,” Smith said. “We have hope that they will be more effective at preventing infection, but there’s no certainty there because, of course, mice are not people.” In a community where vaccine resistance is high, it’s “understandable” that that uncertain community benefit may not be enough to justify a requirement, she said.

Georges C. Benjamin, a physician and executive director of the American Public Health Association, said Covid vaccines’ community benefits are still worth pursuing. The coronavirus will continue to evolve, and all it takes is a new variant causing an outbreak in a college or a college town. “Then, you know, the question is what degree of an outbreak is that?” he said. It could be mild, if “the vast majority” of people are immunized. Or, without broad immune protection, it could be worse.

How Cute Are These Back-To-School Clothes?

Expert Tips for Giving Your Collectibles a Worthy Display 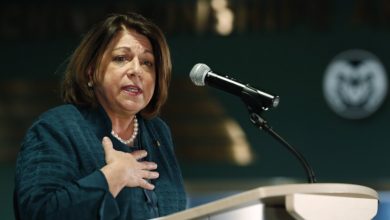 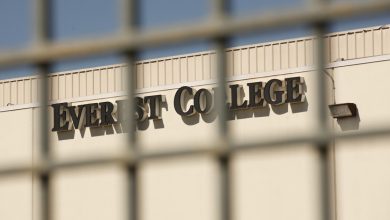 More College Owners Could Be ‘On the Hook’ for Repayment Under New Education Dept. Policy 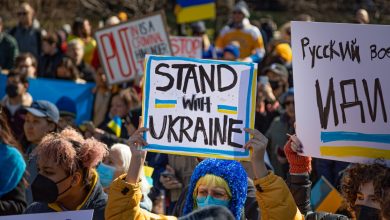 ‘Where Is Everybody?’ Some Public Colleges Cut Ties With Russia Over Ukraine War 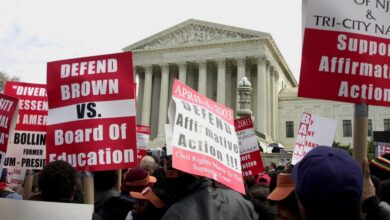