Tensions between state lawmakers and the University of South Carolina‘s Board of Trustees hit a boiling point over the past week with the introduction in the legislature of a bill that would dismiss every board member and cut its membership nearly in half.

With multimillion-dollar coaching buyouts, concerns over campus–building names, and a divisive presidential search that led to scrutiny from an accreditor, the flagship campus, in Columbia, has been mired in negative publicity over the last few years. And lawmakers have put much of the blame for that on the trustees. The legislature’s proposal to shake up the board, which passed the House this week, 113 to 1, followed a string of terse interactions between trustees and lawmakers.

During hours-long hearings on March 28 and 29, a panel of legislators grilled current board members about those controversies, and ultimately refused to approve the reappointments of five longtime trustees. The College and University Trustee Screening Commission, which includes the Senate president and House speaker, is charged with reviewing proposed campus trustees. Its decision not to endorse five trustees — C. Dorn Smith, the current board chair; Thad Westbrook, the vice chair; C. Edward Floyd; John von Lehe; and Charles Williams — for re-election leaves their future membership in limbo even if the board-restructuring bill doesn’t pass.

“This just doesn’t really create a lot of confidence in y’all’s competency, do you understand … that perspective?” said Sen. Dick Harpootlian, a Democrat, to one of the board members, according to a video of the hearing. “Isn’t it time that we do more than just rearrange the deck chairs on the Titanic? I mean this university has had its ups and downs as long as I’ve lived in Columbia.”

During the hearing, legislators expressed frustration about the board’s management of the university’s budget. They focused much of their questioning on the millions of dollars that the university had lent to its athletics department to buy out football and basketball coaches’ contracts, and on the university’s 2019 presidential search that was disrupted by accusations of political meddling.

The lawmakers echoed the university’s accreditor, which in 2020 said that the board had buckled to political pressure when it appointed Lt. Gen. Robert L. Caslen Jr. as president. The accreditor said that South Carolina’s governor had exercised “undue influence” by calling board members to urge them to vote for Caslen, a former superintendent of the United States Military Academy at West Point. The legislators also pressed trustees on their decision to spend thousands of dollars to fly out to meet with Caslen in person when he was a candidate.

Caslen, whose appointment sparked protest among some students and faculty members, resigned in May 2021 after admitting he’d plagiarized part of a commencement speech.

Several trustees said during the hearing that the board needed more oversight, and they admitted that the presidential search had been handled poorly.

“Politics just don’t belong in running a university,” said Williams, one of the trustees not approved for re-election by lawmakers. “We are supposed to find the absolute best person for whatever job. We are supposed to give the best direction and policy. We don’t need to get involved in micromanaging anyway.”

Williams said he had not initially been a supporter of Caslen, but once he got the job, the trustee tried to “do everything” he could to make Caslen successful.

On the Fast Track

In the state House, lawmakers opted to skip committee debate on the board-restructuring bill, voting unanimously to “fast track” the legislation to the House floor, a step that would give it a better chance of passing before the session ends, in May. The legislation still needs to pass the Senate and get the governor’s signature to become law. Gov. Henry McMaster recently told reporters that the bill seems “OK” to him, according to The State.

The most striking aspect of the proposal is its dismissal of all current board members on June 30, 2023, though the bill would not prevent them from running for re-election, according to Rep. G. Murrell Smith Jr., a Republican and one of the bill’s sponsors.

The legislation would also overhaul the board’s structure by cutting the number of trustees, from 20 to 13, and no longer electing board members out of judicial circuits. Instead, the legislature would elect one member from each of South Carolina’s seven congressional districts and four others who live in the home counties of the university’s eight campuses. The governor would appoint the final two voting members. The governor, the student-body president on the flagship campus, and the alumni-association president would all serve as nonvoting members.

The legislature’s move to overhaul the Board of Trustees to such a degree is unusual, according to Terry MacTaggart, a senior fellow at the Association of Governing Boards of Universities and Colleges. He said while many state legislatures have pushed bills to dictate education policy or curricula, this bill is unusual because it focuses on the performance of the board rather than ideology or political priorities.

“You asked if smaller is better,” MacTaggart said, referring to board size. “Yes it is, but even more important is who gets appointed and the culture of responsible governance, and the legislature is responsible for those two things.”

A University of South Carolina spokesperson declined to comment beyond saying that the board operates under the legislature’s purview. A request for comment sent to the board’s general email address wasn’t answered.

“If the board is as dysfunctional as you say it is, why in the world would we re-elect any of the current members back in their current seat?” Jay Lucas, the Republican House speaker, asked Williams during the hearing.

“Y’all are the ones who elect them,” Williams said, “and if you think that change should be made, all you need to do is make it.” 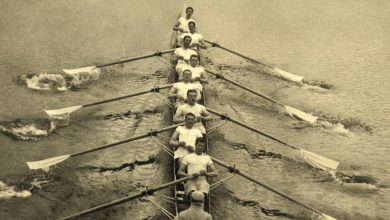 The Redefinition of Rigor 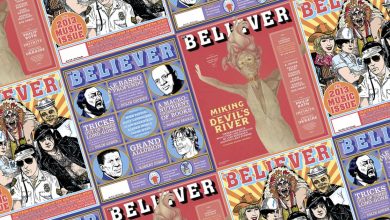 UNLV Sold a Beloved Literary Magazine to a Mysterious Media Company. Why? 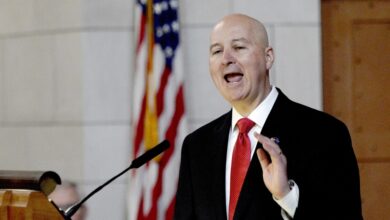 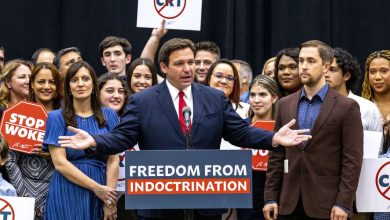