John Wall is returning to DC on Monday for the first time since the Washington Wizards traded him to the Houston Rockets on Dec. 2. The trade happened more than two months ago, and Wall still has a lot of feelings about the Wizards deciding to move on and swap him for Russell Westbrook.

Wall recently sat down for an extensive interview with The Athletic’s Fred Katz to talk about those feelings, and he revealed how things went down with the trade, how he told his now-former teammate Bradley Beal, and how he feels about Washington now that he’s gone.

Wall not happy with how Wizards treated him

Wall spent a decade with the Wizards, playing nine seasons in all (he didn’t play in 2019-2020 due to a number of injuries), but all that time didn’t entitle him better treatment from the organization on his way out. He told The Athletic that the Wizards didn’t have any discussions with him about possibly trading him, and they didn’t even give him a warning that they were having conversations or even exploring the possibility. Wall feels that after ten years, he deserved better.

“I felt like I deserved the honesty and respect because I’ve been there for 10 years. I’ve been through the bad times, when we had s***ty teams and when we had good teams in D.C.,” Wall told The Athletic. “I never turned my back on the organization. I played through damn near every injury that a lot of people wouldn’t have played through. I played through broken hands in the playoffs. I think I did everything I could and gave everything I had, heart and soul to the organization on and off the court.”

Wall knew no more than the public knew. Nine days before the trade went down, GM Tommy Sheppard said that the Wizards weren’t trading him, and that’s the only update he’d gotten. However, when Sheppard texted him “PLEASE CALL” in all caps on Dec. 2, he knew it could mean only one thing: he’d been traded.

Wall wishes he could have more time with Beal

Over their eight years together, there were rumors that Wall and Beal didn’t get along. However, it was clear from Wall’s interview with The Athletic that those problems were in the past. One of the first calls Wall made after the Wizards texted him about the trade was to Beal, and it sounds like it was a heartbreaking conversation.

“It was emotional,” Wall said. “Both of us were crying.”

He also told The Athletic that the No. 1 thing he wishes he could have back is the chance to go on another run with Beal.

“The number one goal is, you didn’t give me the opportunity for me and Brad to run it back, like y’all said we (would),” he said. “That was (my) and our ultimate goal. It was, ‘OK, we’re gonna give it one more shot.’ If it’s just one year or two years, we were gonna give it one more shot just to see. … And it’s just crazy we never got to do that. I don’t think they wanted to do that. I think they moved forward and did whatever they wanted, which is cool. But that was the most frustrating thing than anything. Like, to have an opportunity to run it back with my brother and playing with the guy, the level he’s on now.”

When Wall walks into Capital One Arena on Monday, there won’t be any fans there to give him the warm welcome he wants, and knows he’d get. The Wizards will show a tribute video, but he’s already focused on what will happen when he’s able to play in front of Wizards fans next season (hopefully).

“I think that’s gonna hit even more because then the fans can show me appreciation if they want to or don’t want to — which I think they will,” Wall told The Athletic.

And Wall is definitely convinced that the fans will show him love.

“I think it’ll be a dope-ass reception, to be honest,” he said. “I wouldn’t expect nothing less. I’ll be shocked if it was less.” He added, “Just know that I love (the Wizards fan base). They’ll always have a place in my heart.”

It’s more than the fans. He still cares deeply about DC, and plans to continue his charitable efforts in the city even though he’s gone.

Whenever fans come back, he plans to invite a group from Bright Beginnings, a nonprofit organization that operates learning centers for children who experience homelessness in D.C. Wall has donated hundreds of thousands of dollars to the charity and worked with it so extensively during his years with the Wizards that he earned the NBA’s Community Assist Award in 2016, which he says now was his best moment while with the franchise.

Chocolate sales are booming this Valentine's Day, as consumers stay close to home

Earthquake hits Earth thrice in 3 days, check its impact and what experts have to say 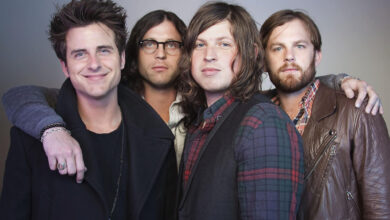 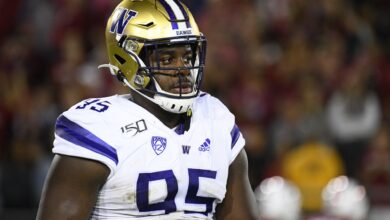 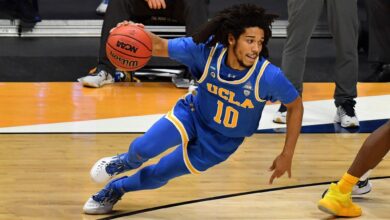 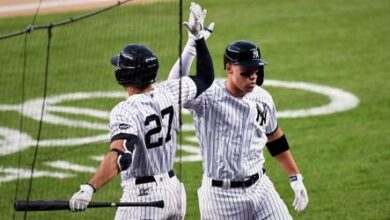