Struggling with Wordle? Help is on the way. We’ve collated all our best tips to help you get a Wordle streak going.

Start words are key: “ADIEU” is popular, since it includes four vowels, though game designer Tyler Glaiel suggests the mathematically optimal first guess is “ROATE,” which isn’t a word I’d heard of (Merriam-Webster informs me it’s an obsolete spelling of “rote”).

I understand the argument that there are only five vowels (and sometimes Y), so you don’t need to figure those out immediately. But eh, what can I say, I like to know the vowels, it helps me narrow down my options. I’ve started with ADIEU, but these days I also like to start with REGAL, just to get the E and A information known, and to see if my fave consonants are involved. AISLE is also a favorite for me, using three vowels and two favorite consonants.

And check out this CNET TikTok, which recommends starting with ADIEU and then throwing in STORY. It’s a great one-two punch that covers a lot of popular letters. The very first time I tried it out, I was able to use the letter info I gained from those guesses to get the word easily on my third attempt.

I asked Wordle creator Josh Wardle to share his techniques — I haven’t heard back yet, but if he responds, I’ll definitely share. In the meantime, I asked CNET staffers to share their Wordle strategies and favorite starter words. Hope it gives you a BOOST or maybe a NUDGE.

“AUDIO. Get 4 out of 5 vowels out of the way immediately and focus on narrowing down consonants. Don’t be afraid to deviate from your regular starter word, though — sometimes a random word that pops into your head ends up being way more intuitive than you could have ever imagined.” —Ashley Esqueda

“My go-to is STARE. I’m inspired a little by the Wheel of Fortune move of guessing RSTLNE first, and with this, I also knock off two vowels. At the very least, this often seems to give me something on the board early.” —Eli Blumenthal

“I cycle through TEARY, PIOUS and ADIEU as a first word, to knock out some common letters and make inroads with vowels. I then choose my next word based on the results, though sometimes I just throw up my hands and use both TEARY and PIOUS one after the other no matter what.” —Amanda Kooser

“MAKER. That word puts me in the mood to ‘create’ the answer based on the data I get from knocking out the above letter combo. Then I move on to animal names like TIGER. It’s not so much tactical as it is about just having fun for five or so minutes.” —Mike Sorrentino

“You aren’t playing Wordle correctly if you use the same word to start every day. That’s my official rule and I’m flabbergasted y’all use the same word each day. What? Use weird words. Grab a dictionary, close your eyes and flick to a random page. Start with YACHT one day, try ULCER the next. Look around the room! TOAST? Why not? Just do it! Come on, people. It’s not about clearing each day in the least amount of moves, it’s about learning to love yourself.” —Jackson Ryan

“I’ve been playing around with using FIRST, MANIC or CHEAT to start with. I don’t know if that says more about my frame of mind than my word solving skills, but this approach has pretty much led to me solving within three words. (I got PANIC the other day in two!) But I have to say that while I enjoy Wordle, I’m still a bigger fan of the NYT’s Spelling Bee, where you’re asked to create words using seven letters, and each word has to use the letter at the center of the puzzle. I play Spelling Bee with my husband (he gets half the points to Genius; I get the other half). With Wordle, we play against each other to see who can solve faster. So Spelling Bee just seems nicer.” —Connie Guglielmo

“First, I make sure to do it before my morning coffee, for an added layer of difficulty. I don’t have a go-to word, since that feels sorta cheap, but I do generally aim for initial words that are high in either vowel count or the good old-fashioned Wheel of Fortune letters: RSTLNE. If it works for Pat Sajak’s crew, it’s good enough for me.” —Andrew Krok

“I’ve been using ADIEU from day one. Hilariously, I still sometimes misspell it. Sometimes to shake things up — mostly based on pressure from Jackson Ryan — I’ll try something different. But every time I stray from ADIEU, it manifests into a gigantic uphill struggle I barely recover from. Either way, I dunno what we’re all arguing about. Someone did an experiment on this. The best word is ROATE.”  —Mark Serrels

“I steal Mark’s word, ADIEU, and follow it up with STORY. Then it’s just a matter of putting all the letters I uncovered into the spots I think they’re in, and banging my head on the table, saying, ‘I’m not this stupid, am I?’ until I figure it out.” —Oscar Gonzalez

“I’m a high-risk, high-reward Wordle player. I truly pick the first word that pops into my mind, with absolutely no strategy whatsoever. Aside from this being the purest form of Wordling (as the experts say, obviously), when I’m lucky enough to accidentally guess three or four of five letters correctly, it’s immensely satisfying.” —Monisha Ravisetti

“TREAD is a winner, but I like to mix up my first word. That said, I always have a few first-guess rules. At least two vowels. Never use an S. (That S guess will come in handy down the track when you realize you’re incredibly dim-witted and you can only think of four-letter guesses. Final rule: Your second guess should never include your greens from guess one (unless you’re on hard mode). Save those greens for later and throw five new letter guesses into the mix. If I see you post a Wordle answer on Twitter that has tall green columns of letters staying in the same place, I will judge you.” —Claire Reilly

“My ultimate goal in Wordle is to guess the word by my second try. To that end, I use STEAR as my first word, which provides a solid set of letters in unusual positions — so I can often predict where they’ll go if they turn up yellow. From there, I make aggressive guesses, even if they’re strategically inadvisable (duplicate letters, few vowels, low-likelihood letters, etc.). Since starting this strategy, my average is about the same as ever, but now I occasionally win in two guesses. So, success?” –-David Priest

“I don’t believe in strategies. Pick the word that speaks to you most in the morning and follow your heart. Starting with a tactically effective word makes it too easy anyway. So what if you fail? It’s just Wordle! (But I would like to make it clear that I never fail, not even when there’s an X in the word.)” —Sarah McDermott


Get the CNET How To newsletter 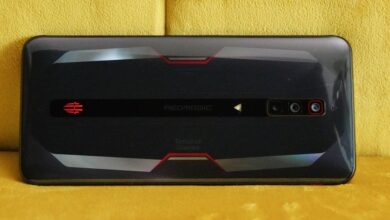 RedMagic 6 review: A good gaming phone but probably not for you 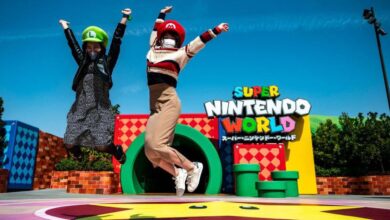